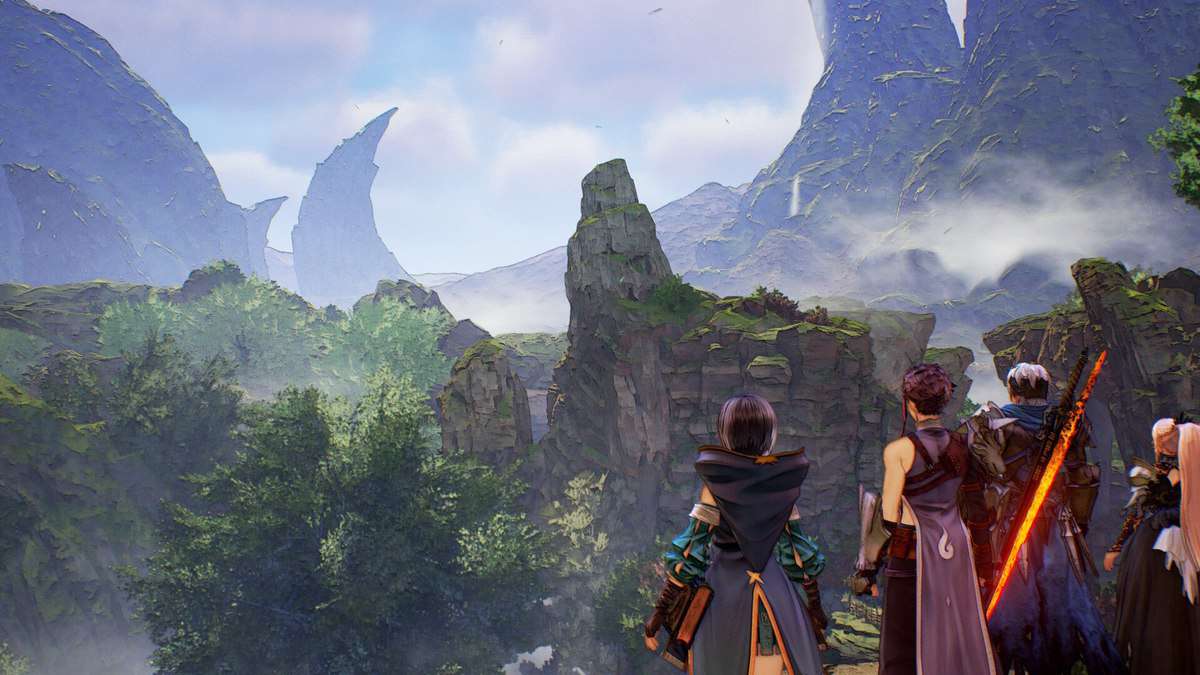 Tales of Arise has brought with it a mix of action and skits to the established formula. Though the new changes might look a bit daunting at first, we have compiled some essential Tales of Arise tips, which will help you throughout your venture.

As a first-timer, there are many systems and mechanisms of the game that will take you time to understand and get used to.

Below are mentioned some helpful tidbits and tips for Tales of Arise that will help all the new as well as the old players of this fascinating series to get through the game. Let’s start with these vital tips.

As Tales of Arise is an action RPG but it skews closer to action games than the usual RPG systems. A crucial part of this game’s combat is learning combos that require you to mix basic attacks with your Artes.

Combat is mainly focused on the mechanism and usage of Combos. If you get ahold of how to use combos, you’ll easily be able to tackle the enemies while also reducing the amount of damage.

Boost Strikes will help you in instantly depleting the enemy’s health. You can use the boost strike on an enemy and instantly kill it when you reach certain thresholds.

This is extremely useful during fights where you encounter multiple enemies as you would want to clear out those enemies as fast as possible. Boost Strikes become more likely with the frequent usage of combos.

In Tales of Arise’s combat, movement is important for positioning, so getting to the right place quickly is essential.

Keep an eye out for accessories like the Swift Ring, which will help you increase your movement speed by 50%.

Using a targeting camera shows you if the enemy you’re fighting has an elemental affinity at the top left corner of the screen.

In general, air beats earth, earth beats the air, fire beats water, and water beats fire. Take your time to exploit these weaknesses and use them to your advantage.

During combat, you can jump into the Artes page to toggle off any Artes that are not elements that exploit the enemy’s weakness. This will help you efficiently use your enemy’s weaknesses to your advantage.

If you have the Garnet Opal or the Alexandrite Accessory, you can pause the combat to switch to the elements that your enemy is equipped with. This helps you and your team members to take up to 50% less damage.

Interrupting the enemy casting indicated by the purple circle charge bar will help you and your party members intensify your boost attacks even further.

It would be best to choose the weapons that enhance Artes of a particular element.

All of the weapons you own have a proficiency symbolized by stars depending upon the number of times you’ve used them. This will help you find the weapon that best fits you according to specific combat encounters.

You can boost the proficiency of your weapon through Arte Improvement.

Seek for accessories like the Spirit Bangle. These will help you improve your CP pool and increase your Healing powers.

When you get to a fishing spot, press the select Rod Lure button to find out the exact number of fish that can be caught in that spot.

You will also find a button that will help you attract those fish. These fish sell for a decent amount of Gald (Tales of Arise’s equivalent of gold) so try and catch a whole bunch if you need the Gald.

The Best Way to do Combos

It is important to note that you can only knock up your targets once only when they’ve been staggered.

After that, you can juggle your enemy and knock them into the air, then unleash as many Basic attacks as you can along with Aerial Artes to gain 20 to 30 hit combos.

Remember that enemies can build resistance against your attacks if you keep using the same attacks repeatedly. So make sure to keep switching between different Artes.

You’ll be playing as a team of six in the game, and you can choose who’s leading in the main menu.

You can easily switch between characters using the l1 or r1 on a controller. You may also choose in the menu which teammate you would like to make the party leader manually.

Use the same switching mechanism as mentioned before during a character’s boost attack. This will allow you to switch right after their boost attack concludes.

All of this enables you to string combos across multiple playable characters even while you’re in the air. This will also help you achieve high combo count achievements and trophies.

Rare and Strong Monsters early on in the game

Who doesn’t like early challenges in the game? But as it turns out at the beginning, when you’ll come across rare monsters, they’ll have very high levels of hp while you’ll be dealing with a meager amount of damage.

So it would only make sense if you came back to these monsters later in the game and then defeated them, otherwise you’ll lose the battle.

After combat, you’ll find a Score Board pop-up on the left side of the screen. This will be a tally of how well you did in the fight.

According to the game’s score system, you’ll get better rewards such as XP and skill points, depending on how good you do in the fight.

So the better you play, the better skills you obtain. You also end up getting rare materials and encountering rare enemies, which is a bonus.

As you navigate through the game, you’ll often come across reasonably large areas which will have few pathways that you can follow around.

These dungeon environments will have plenty of hidden things like essential equipment or emblems, which you would typically miss.

This equipment will help you fight stronger enemies early in the game and give you lots of XP. Therefore, exploring these areas is an excellent way to start.

You’ll come across Owls a lot of times during your journey. These little guys will reward you with cosmetic items.

Each owl grants you one cosmetic item which you can use to customize the look of your weapons and armors in an exciting way.

After collecting the different owl items, you will unlock the secret Owl Forest, where you will meet an Owl King and Queen who will reward you based on the number of owls you have saved.

It is inevitable to get lost in the detailed map of this game. Therefore the best way to stay on track and not get lost is by opening your quest log.

You can see a list of your missions order wise and then you can select the map and fast travel to your destination or find the correct path to move towards.

By fulfilling Title requirements, you get a new Title. Each character has different titles to unlock, which serve as the skill trees that give you essential upgrades and abilities when you open them.

These titles will be unlocked automatically as you play the game. In addition, these titles work as builds, so you can also spend points to unlock some titles that may enhance your skills if you’d like.