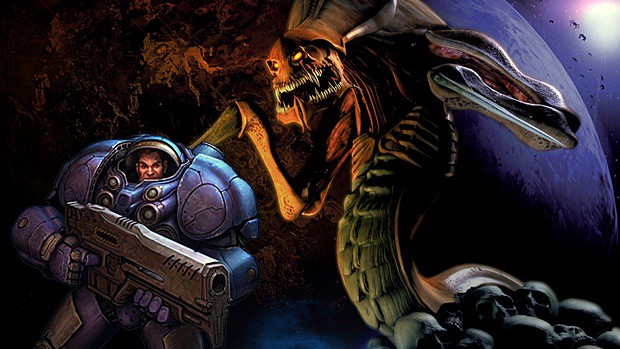 StarCraft Remastered, a profound overhauled version of the original installment, is reportedly going to see an official release in the coming months.

According to Sports Seoul, sources close to the matter have confirmed that Blizzard will release the updated version around May or June. Preparations are already underway for the official announcement, which may arrive as soon as next week.

In addition, the developer is hoping to make the announcement in South Korea, which would be fitting because of the immense history that the region shares with the popular science fiction franchise.

Details are scarce but StarCraft Remastered is said to feature high-resolution visuals and textures, with the game updated to incorporate Battle.net services. The gameplay, however, has not been touched in anyway. StarCraft Remastered will play the same way it did over a decade ago.

Interestingly, the report suggests that several changes in the overhauled title focus on esports broadcasters and potential sponsors for competitive circuits. That is perhaps a reference to a packed spectator mode, and other related features to make it easier for tournament organizers to host events.

This is not the first time that we are hearing about StarCraft Remastered. Rumors for “StarCraft HD” began floating in August of last year, with several reports citing a release date of September.

While Blizzard made no such announcement, it is being reported now that the developer secretly revealed details about the game to a specific few industry insiders at BlizzCon 2016 behind closed doors.

If the studio is really hoping to revive the esports scene of StarCraft, its timing couldn’t be any stranger. Last year, the Korean Esports Association (KeSPA) shuttered the StarCraft ProLeague in the wake of corruption scandals and limited revenue opportunities.

The StarCraft ProLeague began operations in 2003, making it 14 years old when it died. Several esports organizations that fielded StarCraft rosters disbanded as a result, with some players retiring from the professional scene.