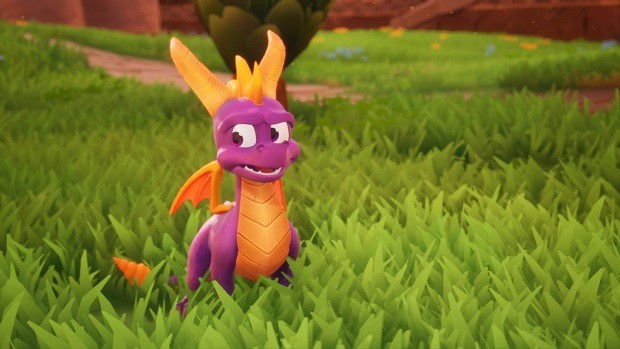 Spyro Reignited Trilogy is now number one of the UK chart, as it outsold the physical copies of Fallout 76, as well as Pokémon Let’s Go Pikachu and Let’s Go Eevee. The game also beats a new boxed version of Fortnite, and Hitman 2.

Activision Blizzard’s Spyro has won the UK chart number one title for the first time since its early PlayStation 1 games back in 1998.

Fallout 76 launched on November 14, the game is an online multiplayer twist in the franchise. Fallout 76 did not sell quite as well as Fallout 4. Although, Fallout 76 was expected to sell in large number at launch. However, the title from Bethesda has got off to a slow start.

Fallout 76 currently ranked at No.3, the title sales are down 82.4% when it’s compared with its previous installment, 2015’s Fallout 4.

However, Fallout 76 is on top when it comes to the highest revenue generating title in the UK. Fallout 76 retail price is $59.99 and since Spyro Reignited Trilogy is priced at $39.99, it ranked third.

Pokémon Lets Go released its two versions and they are counted as two separate chart entities in UK’s Chart-Track. And if you combine these two versions in total then Pokémon is the biggest launch of this week.

Meanwhile, Pokémon Let’s Go’s launch sales are down as compared to the previous Pokemon titles. The opening week sales for Pokémon are down more than 60% when compared with 2016’s Sun and Moon and is down 5% compared to 2013’s version of Pokémon X and Y.

Check out our Beginner’s guide for Pokemon Lets Go to get you started.

Below is the list of top ten best-selling titles in the UK according to Gfk Chart-Track.

Bethesda needs to make changes and soon as possible to its development structure.