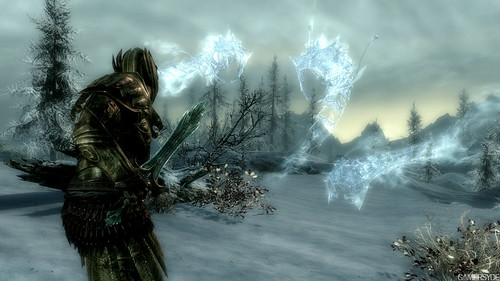 Skyrim is full of dragons and while their appearances are random, they can be found in their shrines protecting the word walls. These Skyrim Dragon Shrines Locations are marked on your map as dragon icon, but if you still can’t find them, use the following pointers.

Autumnwatch Tower (Shout: Marked for Death)
It’s at the Western side of Riften, in other words… at the South of the Throat of the World.

Dragontooth Crater (Shout: Elemental Fury)
It’s located in Western Skyrim, the west of Morthal or the north-east of Markarth, in other words.

Lost Tongue Overlook (Shout: Dismaying Shout)
It can be found in South Eastern Skyrim, travel to the South of Riften. The shout wall has “Dismaying Shout”.

Northwind Summit (Shout: Aura Whisper)
Travel to the North of Rifted or the South of Windhelm to find this dragon shrine, it has the Aura Whisper as well.

Shearpoint (Shouts: Throw Voice – Zul, Mey, Gut)
The location is at the east of Whiterun, in the snowy mountains. You will have to fight the dragon and the other enemy to learn the shout, killing them is not important.

Skyborn Altar (Shout: Frost Breath)
It can be found in Central Skyrim, East of Morthal, climb the mountains. The Shout Word “Frost Breath” is on the Wall.