How To Get Enhanced Dwarven Crossbow in Skyrim Dawnguard 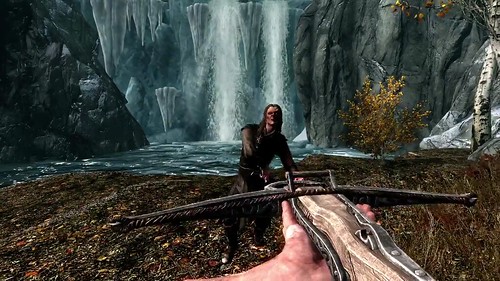 We’ve already covered a few of the new additions and opportunities of exploration that have arrived with the new DLC expansion of Skyrim, ranging from weapons to quests to shouts to legendary dragons. If you are interested in finding out How To Get Enhanced Dwarven Crossbow in Skyrim Dawnguard, read on below.

It’s time now to have a look at obtaining each of the unique or rare weapons in Dawnguard. The first and foremost was Auriel’s Bow, which has already been covered. In this guide, we’ll have a look at the Enhanced Dwarven Crossbow.

How To Get Enhanced Dwarven Crossbow in Skyrim Dawnguard

The Enhanced Dwarven Crossbow is similar to the Dwarven Crossbow in appearance and its damage, but it ignores 50% of the armor. It has ridiculous amounts of firepower, and a faster reload time and high velocity projectiles.

The Dwarven Crossbow is a little difficult to unlock, in the sense that it requires a bit of effort. You’ll need to find schematics to make the explosive bolts that go with it in some side-quests of Dawnguard.

This side-quest is called Ancient Technology, and becomes available to you in the Dawnguard faction, after completing A New Order. You’ll need to speak to Sorine Jurard to initiate the side-quest, who can also train you in marksmanship and crafting crossbows.

This quest will be all about unlocking schematics for various bolts – she’ll send you on various sub-quests for finding them. It won’t be till the sixth sub-quest that she’ll ask you to obtain the Enhanced Dwarven Crossbow schematic.

The exact location where it can be found will be told by her, and once you have the schematic, take it back to Sorine, and you will be able to craft the crossbow and bolts yourself, with the Dwarven Smithing perk. It can only be made at the blacksmith’s forge that’s located in Fort Dawnguard. To make it, you will need the following:

You can also upgrade it with a Dwarven Metal Ingot at a grindstone, while the Dwarven Smithing perk doubles its improvement.

Congratulations! You just obtained a very powerful crossbow/bolt combination for some ranged battling!