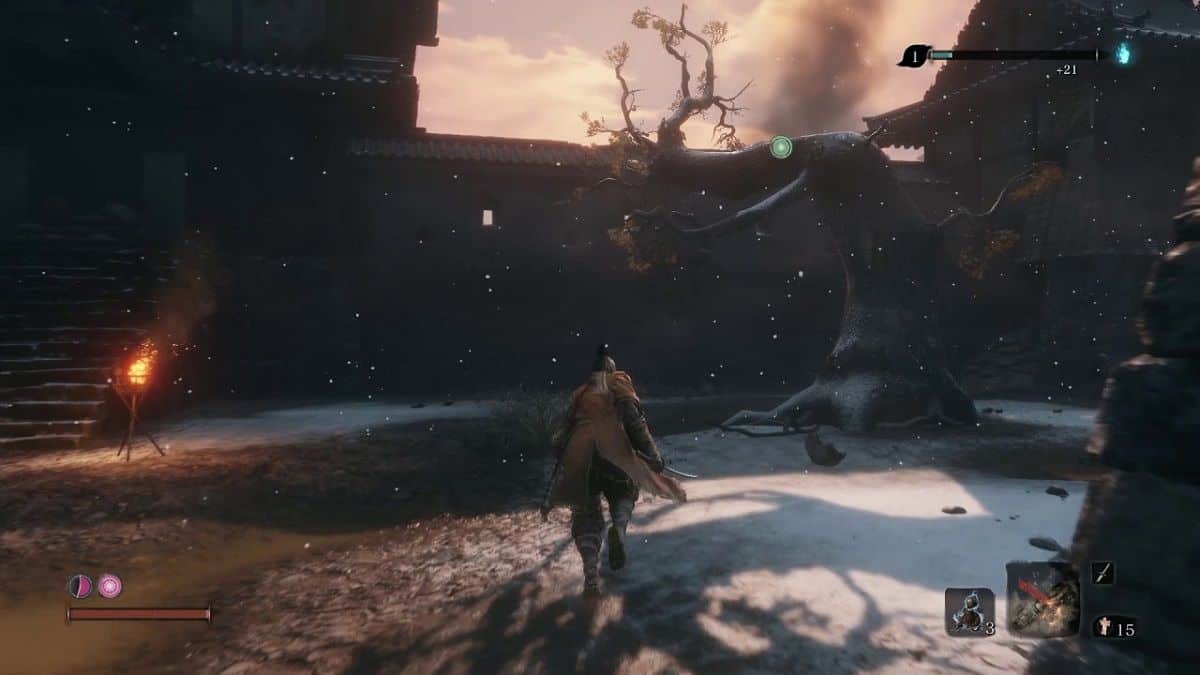 The world of Sekiro Shadows Die Twice has a lot of secrets to uncover. Although most will be connected to the elusive narrative of the game, some will be more tangible and can be accessed through Illusory Walls or Shinobi Doors as seen in Dark Souls games. In our Sekiro Illusory Wall Locations Guide, we have outlined the locations of every single Hidden Wall in Sekiro Shadows Die Twice.

Like its spiritual predecessors, Sekiro has multiple Shinobi Doors that either lead to secret treasure chests, open up shortcuts between two different areas, or allow you to gain access to a unique hidden area entirely.

These secret Shinobi Doors will flip once you hug them, thereby, letting you end up on the opposite side in pure ninja fashion.

With that said, these Sekiro Illusory Walls in Sekiro are intricately hidden, often missable, thanks to being shrouded under darkness so proceed carefully and follow the directions given below as closely as possible:

From the Samaria General boss fight, proceed through the gates to find a small shrine alongside a note.

Grapple onto the tree behind the shrine and into a large cave where the Headless mini-boss is located. Avoid him and run behind to find a tunnel entrance into the Shinobi Door.

The door serves as a shortcut between Senpou Temple, Mt. Kongo and the Demon Bell’s Temple Idol. You can rest at the Sculptor’s Idol here and equip the Demon Bell for maximizing rewards from the enemies.

After defeating Juzou the Drunkard, head to the hallway on the left in the Audience Chamber. Here, look for the wall with the painting on it and hug it to reveal a secret passageway.

The rewards you obtain in this hidden area include Mibu Balloon of Wealth, Light Coin Purse, Divine Confetti, and a Prayer Bead.

Entering the Upper Tower, make your way to the Antechamber room and defeat the two Ashina Elite enemies that are inspecting something.

Next, hug the wall where the portrait is placed between two suits of samurai armor, allowing you to gain access to a secret armory. The rewards obtained are Light Coin Purse, Heavy Coin Purse, and a Prayer Bead.

After defeating Lord Genichiro Ashina boss, you are given access to Kuro’s room in the Upper Tower of Ashina Castle.

To find the hidden wall here, hug the wall between the stairway of the room and the library to adjacent to the room. Revealing the passage, you are allowed a shortcut to Dilapidated Temple all the way from here in Ashina Castle.

Near the Wedding Cave door, you can eavesdrop on a conversation between a couple of individuals. Here, targeting this building, you will need to get underneath it via crouching. Move to the right of the stairs and make out the hidden wall on the left.

You are able to acquire a lot of rewards situated on the first floor, second floor roof, and back of the house. Moreover, there is also an item across the river.

You will find a Red Lump and a Divine Confetti on the 1st floor, a Prayer Bead on the 2nd floor, a Heavy Coin Purse on the roof, a Light Coin Purse across the river, and an Adamantine Scrap at the back of the building.

These are all the Sekiro Shadows Die Twice Hidden Wall Locations in the game. If there is anything else that you would like to add, be sure to let us know!