Sekiro: Shadows Die Twice Isn’t An “Evolution Of The Souls Series”, Is Designed From The “Ground Up” 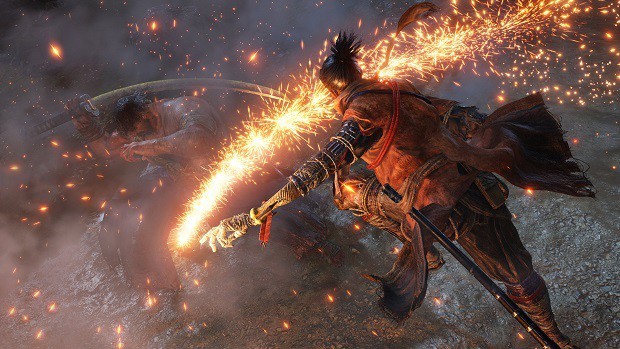 This is according to the president of From Software, Hidetaka Miyazaki, who noted that Sekiro: Shadows Die Twice doesn’t bring everything that the studio learned from Souls franchise.

According to Miyazaki, while they did learn a lot from the Dark Souls games and the Bloodborne but, they have reinvented the formula for the upcoming Sekiro Shadows Die Twice and has built it from “ground up”.

Sekiro wasn’t designed as an evolution of the Souls series… It was designed from the ground up.

While the overall formula of the game won’t be similar to the Souls series but, that doesn’t mean From Software hasn’t brought anything from its hit series to the upcoming title.

While Sekiro: Shadows Die Twice will feature a direct-story but Miyazaki noted that the game will largely be a “fragmented experience”.

He added that the game will feature a story that he hopes players will understand from the outset.

Sekiro: Shadows Die Twice is an upcoming action-adventure game in development at From Software and will launch sometime in 2019 for PC, Xbox One and PlayStation 4.