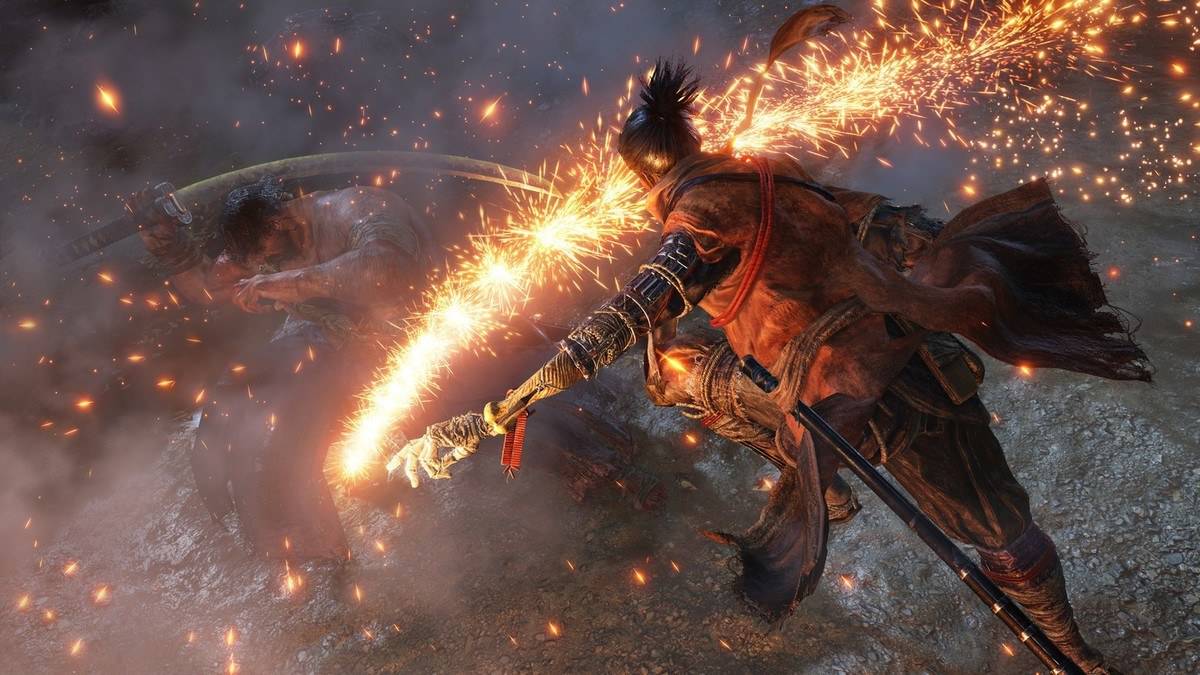 A player at TPGS 19 has managed to complete Sekiro Shadows Die Twice exhibition demo in less than 3 minutes. It’s something impossible to believe as it’s another extremely difficult game to play coming from the creators of Dark Souls and Bloodborne games.

You can watch the video below to witness it yourself. However, it’s a speedrun gameplay as the player is basically running past enemies through the entire demo. I think if the demo is played properly, it should atleast take 15 to 30 minutes considering the enemies the players skipped. This also means that the speed-runners will be quite busy once Sekiro is released.

The player stops at the end to have a boss fight with a big skull head enemy. Overall combat is quite fluid and it really is hard to defeat bosses in the game as the player almost runs out of his health bar before he knocks the terrifying boss down.

It’s really good to see that the development of the game is going very smooth. As for the demo, don’t get very excited as it’s exclusive for events only. Though a beta is likely to come closer to the release date of Sekiro Shadows Die Twice. Back at the end of 2018, we saw Activision’s official support mentioning that they will be sending out beta codes of the game to the players soon. The tweet was deleted shortly but in a way confirmed that a beta is happening.

For those thinking why it all seems very easy? It’s maybe because the character has upgraded skills and attributes in the version used at events. Hidetaka Miyazaki, the president of From Software has previously confirmed that you are going to die a lot in Sekiro despite being a ninja.

We intend to bring the players to death many times, thus remaining faithful to the games we have always used to, even if in this case you are a ninja.

From Software is taking it a step further with Sekiro which is why it’s their first game to support HDR. Developers have also confirmed that the game will have multiple endings and a new game plus mode to make things easier.

Sekiro was first being speculated to be a Tenchu game until the official announcement. FromSoftware hasn’t confirmed a new Tenchu game yet but if Shadows Die Twice does well, we could eventually get a game that’s quite similar to Tenchu video game series.

Sekiro Shadows Die Twice will release on 22 March 2019 for PC, Xbox One and PlayStation 4.