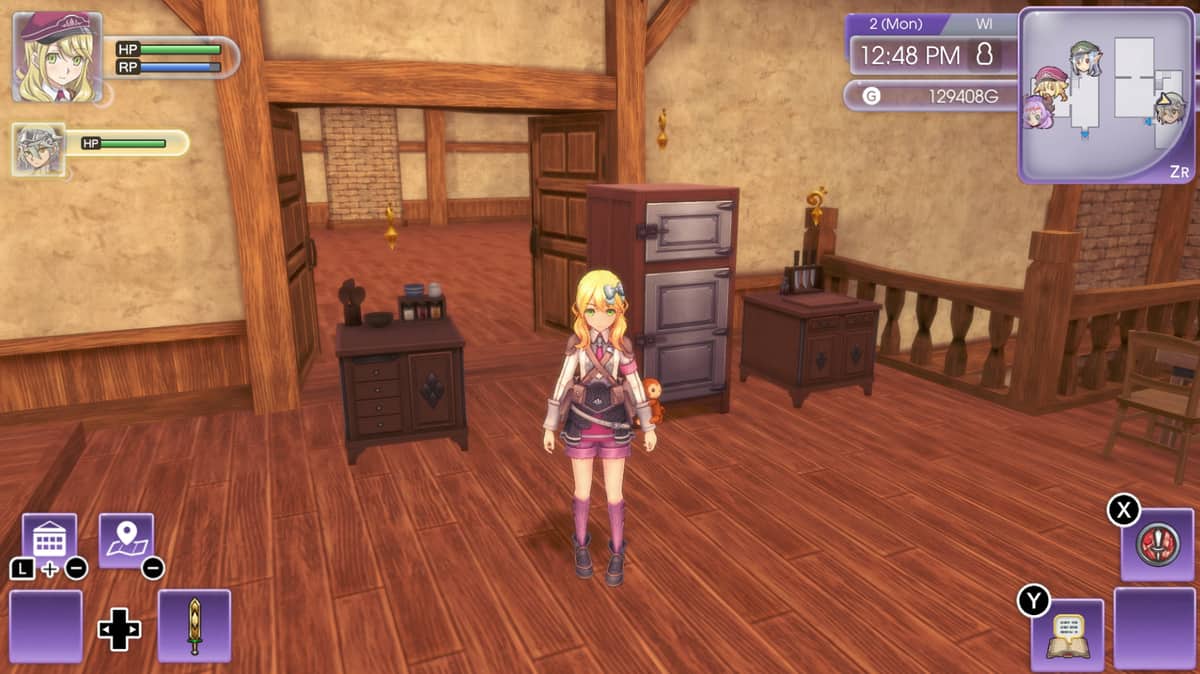 Rune Factory 5 is not a difficult game and players can progress through it smoothly even without using some tricks. But still, there are some exploits, or you can say cheats, that allow you to accumulate resources quickly. In this Rune Factory 5 guide, we’ll go through a whole bunch of different cheats and exploits.

Most Rune Factory 5 exploits involve exploiting in game glitches to essentially get lots of gold and resources. Below we’ve highlighted some of the easiest cheats you can perform in Rune Factory 5.

For this cheat you’ll have to make Elsje join your party. This requires you to raise your friend level with her to 4 which should be pretty simple. Once Elsje joins your party, you now need to take her with you to fight monsters.

What you have to do is get yourself injured by getting into combat or something and your health should be below 25% HP.

After that, you have to get to a safe location. There you have to wait for Elsje to throw the Royal Curry to recover your health. Once she throws the Curry, instead of using it, you can sell it for 500,000G.

However, Elsje may throw it at you, and you’ll need to dodge it to avoid the auto-heal. Once it falls to the ground, simply take your prize and sell it!

Both Stone and Wood are required for expanding your living space and making furniture in Rune factory 5. However, gathering these resources can be a little difficult for you if you don’t have the RP.

After clearing the first Dungeon you get access to a new area in your Dragon. In that area, you can find a lot of boulders and stumps. Hitting these yields resources but they can be hit only 9 times.

So, the trick that you can use here is only hit those 8 times. After that, just restart the game and again go there to gather resources all over again. In this way, you can gather as much wood and stones as you want from that one location without much effort.

This same trick can be used for farming ores in the game. You just have to go to Thundering Wastes and farm the Platinum Ores that you can sell from 1800 to 3000G. You can simply farm the ores and reload the game to farm them again.

To increase your skill levels in Rune Factory 5, players simply have to farm as many pineapples as possible. The more pineapples you acquire, the more skill orbs you will earn, increasing your different Skill Levels. This is the best method if you’re seeking to randomly increase your Skill Levels,  as once you exhaust them out, they will be regrowing the next day, making it unlimited for you.

In order to boost up your Crafting Skills really early on in the game, first purchase the Turnip Seeds from the General Store. Once you have it, look for the highest level crafting recipe you have and start crafting it with Turnip Seeds. Although the recipe will fail, obviously, you will be gaining massive experience points.

Now repeat the process, but moving forward, use the scraps from the failed recipe, and you’ll gain decent experience points again. Do this until your HP and RP are almost drained, and then sleep or bath to recover. Then, do the same procedure again next day until you reach your desired Crafting Skill level. Wearing the Level 40 Heart Pendant during this process can also boost up your experience points, so we highly recommend you craft that and wear it.

Recovering RP in Rune Factory 5 requires you to stand still; however, doing so wastes a lot of time, and you don’t get to explore different locations and adventures you want to take part in. To avoid this, instead of standing still and doing nothing, players can open the dialogue box, i.e., the Lumber box, and while that’s open, RP will start recovering. The best part is no time will pass, and you can go about your day as you would with full RP!

In order to complete the shipping list, players are required to have the Seasonal Headdress. To acquire it with less hassle, wait for the Star Fall event to occur, and once that happens, collect all star seeds by damaging the shooting stars hidden around the world on the next day.

Collect all four Star-Fall crops by growing one each season and then throw them in Pharos Woodlands. Every Star-Fall crop you drop, a fairy will come by and reward you with a headdress conforming to the season you grew them in.

Although Rune Factory 5 is a pretty easy game and progressing through it does not require a lot of work, there are still times when an extra helping hand does wonder for you. And what better way to incorporate Trainers And Cheat Engines in your gameplay? It doesn’t harm anyone and only makes the experience swift for you.

Here’s how it goes, it is an open-source program that works around making changes to computer programs. Simply put, it changes your game memory and edits your game stats according to your needs. For example, say you’re low on lives, resources, and weapons; it will scan down the exact memory and manipulate it to infinite lives, resources, and weapons!

Apart from Cheats, Cheat Engines also offer to unlock the game’s FPS, display ratios, and custom resolutions. You can also mess around with changing the difficulty of enemies, changing the drop table, force respawns, controlling HP, and much more.

Currently, on Google, by a simple web search, RF 5 players can find multiple Cheat Engines and try them out at their own risk! The game itself does not officially support them, so be very vigilant of the Cheat Engine you’re using. There are few Cheat Engines for Nintendo as well; however, most work, and most don’t. Be very careful as they come with their fair share of harm if not dealt with properly.

As far as the Trainers are concerned, they are pretty much the same in regards to manipulating the game memory for changing your lives, weapons, and resources; however, they don’t offer other perks like changing resolutions, display ratio, drop rates, and much more. It is pretty much the less extended version of Cheat Engine.

Trainers for RF 5 are also densely available on the web, and players can use them at their risk. However, these, too, are not supported by the game, so we recommend being very careful while using these. And for Nintendo, we think there are very few options that are not too reliable and can put your device into a potential threat.