How To Defeat Ryme (Montenevera Gym Leader) In Pokemon SV 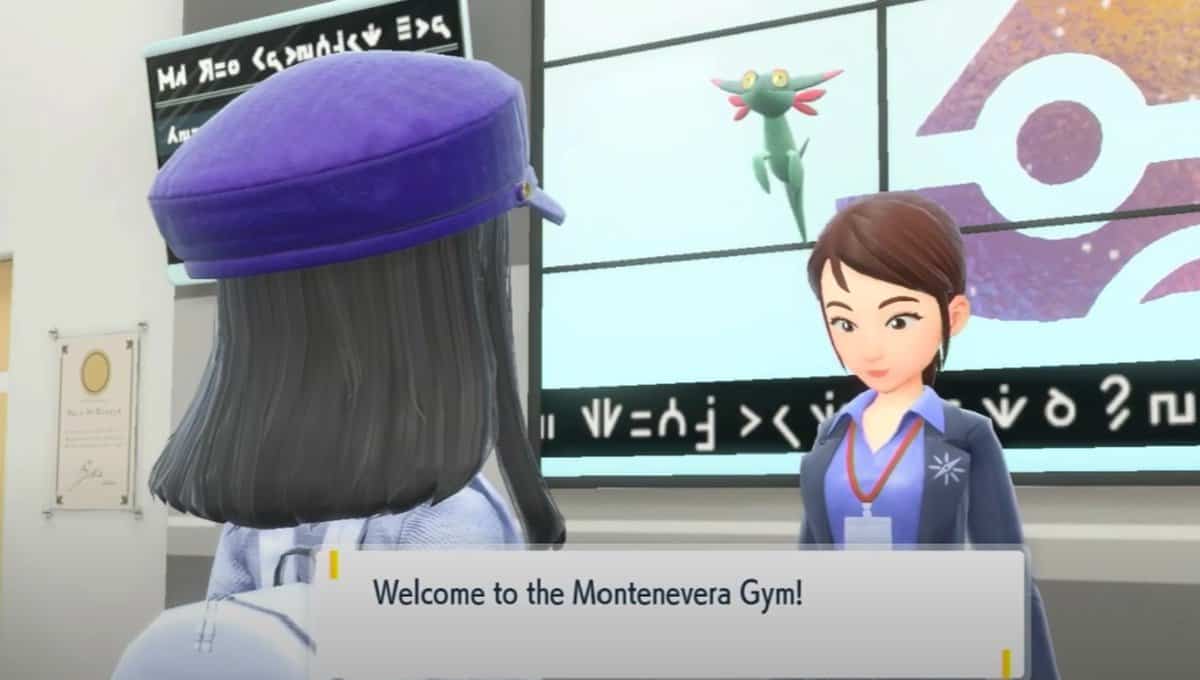 Most of the Pokemon in Montenevera Gym are Ghost-type, so you should prepare to face them before heading in for a fight.

Bring your best Electric, Rock, and Dark-type Pokemon for the fight. Being one of the late-game gyms, the recommended level for Montenevera is 41. Still, we recommend that you are around 43 when you go to fight the gym.

In this guide, we will delve into the details of the Montenevera Gym test in Pokemon SV and explain how to defeat Ryme, the leader of Montenevera.

How to complete the Montenevera gym test

Players here need to face double battle challenges as part of Montenevera gym test in Pokemon SV. In this challenge, players need to defeat trainers in three double battles one after another.

The first battle will be against ghost-type Pokemon Greavard and Shuppet both belonging to level 40. The next fight will be with Misdreavus and Haunter.

In the end, when players have won the first two battles they will face two level 40 Pokemon. These Pokemon are Drifblim and Sableye.

Every Pokemon you will encounter throughout this gym test is a Ghost-type. Use Dark or Ghost-type attacks, which are incredibly effective against Ghost-type Pokemon, to deal with them quickly. For this battle, your Pokémon team should ideally be Level 41 or higher.

Once players have completed all three battles, they will now take on Ryme.

The following Pokemon make up the best team to defeat Ryme’s Pokemon in a fight:

How to defeat Ryme

Ryme is one of the best Gym Leaders in Pokemon Scarlet and Violet and defeating it is pretty challenging. To defeat Ryme players first need to carefully select their Pokemon.

Here are all the Pokemon in Ryme’s team that players have to battle against:

Initially, players should use Sneasle’s Beat Up attack, which hits six times. Using the Beat Up move will right away eliminate Tera Pokemon, Toxtricity, and three other members of Ryme’s squad. Metal Claw is also an effective way to deal with it.

Players facing Ryme shouldn’t employ Hone Claws because the cheering of the crowd would already increase the boost attack.

Once all of Ryme’s Pokemon have been defeated, he will hand you the Montenevera Gym badge.

To make the battle simpler, it is advised that players choose Dark-type Pokemon because they only suffer half the damage from Ghost techniques.

Mimikyu may use the ghost-type move Shadow Sneak, which has a high damage cap, in Pokemon Scarlet and Violet.

It will form a team with Bannette, and while they both can use Shadow Sneak, they will make a team. However, they make a weak team so defeat them using dark pokemon and advance.

If Houndstone enters before us, it will use the Phantom Force to go invisible, which is exceedingly frustrating. Wait for it to appear and damage its target. You should bring a Pokémon that can rapidly one-shot or always strike first because Houndstone frequently employs Phantom Force to prevent his attacks from being blocked.

With this Ghost badge, Pokemon of Lv. 50 or lower that you’ve caught will not disobey your commands in battle. Moreover, Pokemon that are up to Lv. 50 are easier to catch. The TM114 is a special ghost-type move that hits hard.