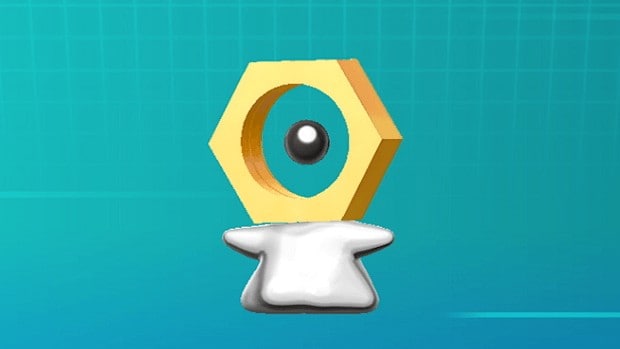 Wanting to get your hands on the unique and new Pokemon, Meltan, and soon after evolving it to the equally distinct Melmetal? Well, there are certain steps involved. Let us talk about them in our Pokemon Let’s Go Meltan Guide.

New to the Pokemon canon and series, the Meltan is a small, Steel-type Pokemon that you can acquire as a part of a Special Research Quest.

However, this quest is a tough one, and though, we will shed details on it below – you should also know of a second method.

The alternative method revolves around linking up and synchronizing your Pokemon Go app with Pokemon Let’s Go on Nintendo Switch.

Once you have done so via Bluetooth, you need to transfer a Gen-1 Pokemon from Pokemon Go to Pokemon Let’s Go Eevee, and Pikachu.

This will result in the establishment of Go Park in place of the Safari Zone in Fuchsia City. In turn, you will be awarded the Mystery Box when you speak to the receptionist here in the building.

Opening the Mystery Box sets Meltan to roam freely in the wild for 30 minutes and it is during this time you will need to hunt for it and capture it.

Remember, if you fail to catch the Pokemon, you will need to wait for 7 real-time days before you can transfer another Pokemon this way, restart the whole process and begin your hunt again.

Do note that the Mystery Box will remain a permanent item in your inventory, but you will be able to open it once per week.

Once you have caught the Pokemon in the version of Pokemon Go on Nintendo Switch, you will then need to proceed by transferring the Meltan the same you carried out previously for the other Pokemon.

Now, you will just need to capture it near the Go Park in Pokemon Let’s Go and add it to your collection.

This is much more time-consuming and can somewhat be considered a grind. Although you will receive certain rewards too, that does not make the whole procedure any less short.

Speaking with Professor Willow to acquire the Research Quest: Let’s Go Meltan, you will need to complete a total of 9 steps to finally get your hands on Meltan. The instructions are as follows for each step:

You need to spin Pokestops in 5 Gyms to gain 500 XP. After that, you’ll have to catch 10 Pokemon and transfer 5 of them to gain a total of 1000 XP. Completing all these activities will net you an Incubator, 10 Pokeballs, and 1000 Stardust.

To complete the second step, first, you need to walk with your Buddy and collect 2 Candies, completing which will earn you 1000 XP. Next, you’ll need to complete ten Great Throws and earn 1000 more XP.

Finally, hatch at least three Pokemon eggs to earn another 1000 XP and complete the second step. You’ll also receive a collective reward for completing every activity, including a Fast TM, 2 extra Lucky Eggs, and 2000 Stardust.

The first objective of the third step is to capture a Ditto, doing so will earn you 1500 XP. You must then be victorious in two Gym Battles to get another 1500 XP.

Finally, complete the last task which is to compete in at least 2 Raids, this will earn you another 1500 XP. Once all the tasks are complete you receive additional rewards including three Max Revives, three Incenses, and ten Great Balls.

For the first two tasks of step 4, you’ll need to capture five steel and five electric-type Pokemon respectively, both of which will earn you 2000 XP each.

Finally, complete the step by going on a walk alongside your Buddy, and collect 2000 XP. Completing every activity will earn you five Rare Candies, five Pinap Berries, and 4000 Stardust.

The first task of this requires you to complete an evolution stage of your Grimmer, which earns you 2500 XP. Next, you must capture either five Gulpins or Slugma, this will get you 2500 more XP.

Finally, complete 20 Great Throws to complete the step and be rewarded 2500 XP. The collective rewards for completing the whole step are five Lure Modules, 20 Great Balls, and 5000 Stardust.

To complete the 6th step, first, you need to complete an evolution stage of your Magnemite to collect 3000 XP. Next, you’ll need to capture five Exeggcute and earn 3000 more XP.

Finally, compete in 10 Raids to earn another 3000 XP and complete the sixth step. You’ll also receive a collective reward for completing every activity, including ten Ultra Balls, a Metal Coat, and a Silver Pinap Berry.

The first objective of the 7th step is to complete an evolution stage of your Drowzee, doing so will earn you 3500 XP. You must then capture a Cubone to get another 3500 XP.

Finally, complete an evolution stage of your Scyther, this will earn you another 3500 XP. Once all the tasks are completed, you’ll receive additional rewards including three Premium Raid Passes. a Charged TM, and ten additional Ultra Balls.

The first objective of the 8th step is to capture at least 2 of Kabuto’s Omanyte, doing so will earn you 4000 XP. You must then capture two of either Lileeps or Anoriths, completing this task will get you another 3500 XP. Finally, complete the step by capturing an Aerodactyl, this will earn you another 3500 XP. Once all the tasks are completed, you’ll receive additional rewards including a Star Piece, a Meltan Encounter, and 8000 Stardust.

For step 9 all you need to do is to collect 4500 XP 3 times, which will complete the step and earn you additional rewards including five Meltan Candies, a Super Incubator, and 9000 Stardust.

Once all 9 steps are completed, you can collect the Meltan Pokemon.

Melmetal, also belonging to the Steel-type, is rather humongous compared to Meltan. To evolve Meltan into this beast of a Pokemon, you’ll need Candies and a lot of them.

Within Pokemon Go on mobile, you’ll need to feed Meltan 400 Candies in total for the evolution process to occur. Since this amount is astonishingly high, you will need to grind a lot for it.

The two primary sources of earning candies are via capturing Meltan multiple times and sending the Pokemon over to Professor Willow.

Thus, you must repeat both these procedures hundreds of times before achieving your goal of obtaining 400 Candies in total.

For this process, catch as many Meltan as you can once you open a Mystery Box, there is no limit so you will be able to catch around 30 in one week.

After getting all the candies, you are all set to go and evolve to acquire the powerful Pokemon, Melmetal!