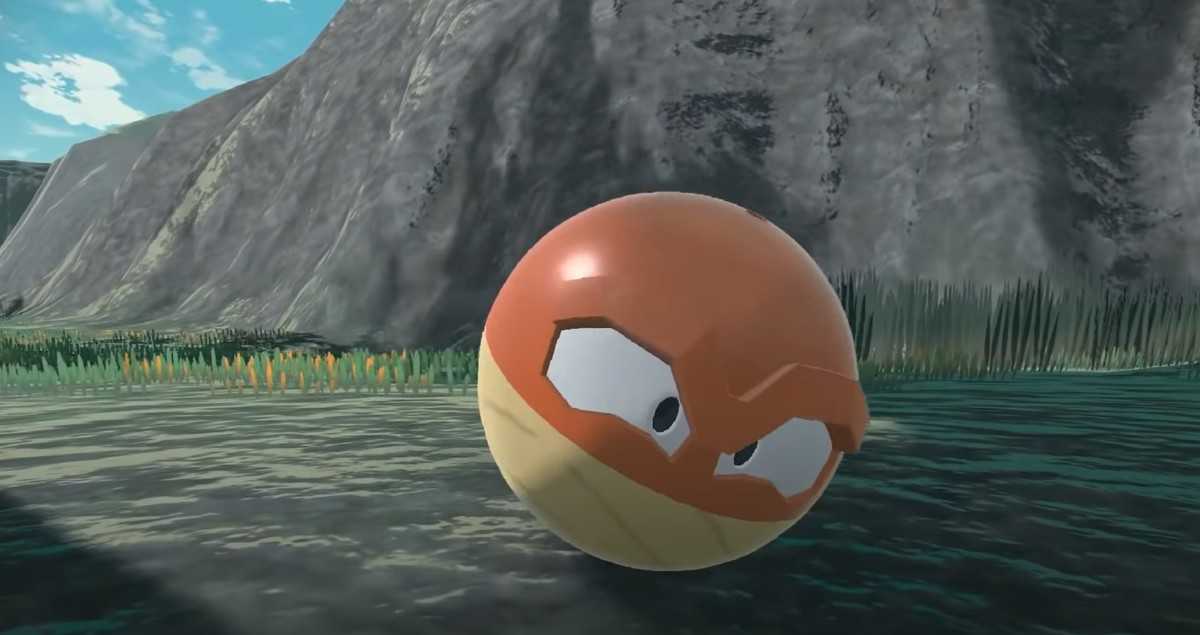 Hisuian Voltorb is one of the rare-looking Pokemon in Pokemon Legends Arceus. Its spherical shape resembles your usual Poke Balls, making it a must-have addition to your team.  This guide covers all details about Voltorb, from its location evolution chain to its strengths and weaknesses.

Hisuian Voltorb not only has a rare appearance but is rare itself and can’t be found on a regular search. The highest possibility of you finding it is around the Sacred Plaza area of the Coronet Highlands.

By the time you reach the Coronet Highlands, you’ll be on your 11th story mission. The journey to the Sacred Plaza is quite simple. Simply head to Sonorous Path near the Clamberclaw Cliffs and reach an area filled with vegetation (as Voltorb is found in greenery). Next, you’ll visit Primeval Grotto before heading directly to the Sacred Plaza.

How to Catch Hisuian Voltorb

Catching Voltorb is relatively easier than most Pokemon in Pokemon Legends. Simply head to the Sacred Plaza, and you’ll find Voltorb roaming around the area with the most greenery. Just sneak up from behind without making too much noise and catch it via your poke ball. Your job here is done!

How to Evolve Hisuian Voltorb

Now, in order to actually evolve Voltorb, you must possess a Leaf Stone. Again, since Voltorb is a one-of-a-kind Pokemon, its Evolution Items are also found as rare spawns.

You’ll find the Leaf Stone as a rare spawn at the overworld as a reward for completing assignments, OR you can always buy it from the Jubilife Village for MP.

Once you’ve found the Leaf Stone, you can Evolve Hisuian Voltorb into Hisuian Electrode.

Soundproof: Provides immunity against Sound Type attacks, making the Pokemon take no damage from these attacks.

Static: Pokemon possessing the Static ability helps paralyze any opponent that comes in contact with them (there’s a 30% possibility of this result).

Aftermath: Upon an opponent fainting, if a Pokemon possessing Aftermath uses a contact move, the opponent loses 1/4 of its HP.

Being a Dual type Pokemon and possessing both Grass and Electrical type abilities, Voltorb is superior to Steel, Water, Grass, Electric-type Pokemon.

Below is a list of Pokemon Voltorb is strong against in Legends Arceus:

Being a Dual type makes Voltorb weak against Poison, Bug, Fire, Ice Type Pokemon. Below is a list of Pokemon Voltorb is weak against in Pokemon Arceus: