How to Defeat Melli in Pokemon Legends Arceus 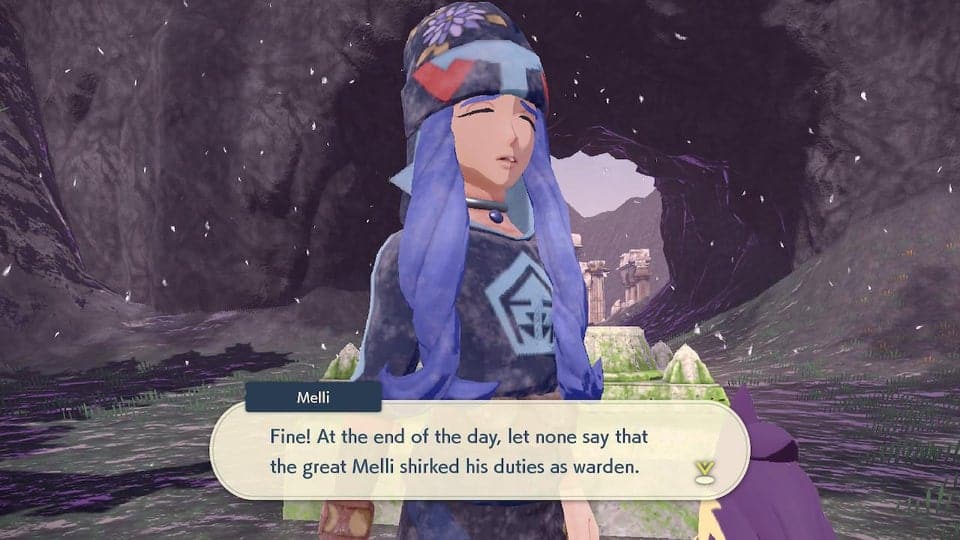 You’ll be coming across Melli in Ancient Quarry and Moonview Arena. But, if you don’t plan it right, Melli with his team of three Pokemon will get the best of you. This guide will explain how to defeat Melli in Pokemon Legends Arceus.

How to Defeat Melli in Pokemon Legends Arceus

Melli is a Warden who belongs to the Diamond Clan. Melli has three Pokemon in his team, and they can prove to be very challenging to defeat in a battle.

Melli’s team contains a level 44 Skuntank, level 22 Zubat, and level 22 Skorupi. Melli would be putting all three of his Pokemon to fight during the battles, making it a 3 vs. 1 battle.

Therefore, it’s suggested that you don’t take on this battle until you’re between levels 40 and 45.

If there’s something that can improve your position in a battle is knowing who you’re up against.

All of the Pokemon that Melli has are poison type, and the most powerful amongst them is Skuntank.

Moving on to the weaknesses of these Pokemon, Skuntank is weak to ground-type attacks, and the remaining two are weak towards rock-type attacks. Hence, you need a Pokemon that is both ground and rock type.

There are two Pokemon in Pokemon Legends Arceus that fulfill these conditions, Rhydon and Onix. Their Stealth Rock and High Horsepower moves can be quite beneficial for you during the battle.

Now that you have the perfect Pokemon to fight Melli, let’s focus on building a strategy.

You’re already outnumbered on the battlefield; hence, a better move would be to shift towards the Agile Style. This will help you stay strong against the three attacks coming towards you during each turn.

Secondly, it would feel as if Skuntank needs to be taken care of at the earliest. However, the Pokemon that you need to focus on is Zubat. Its Hypnosis move can change the tide of the battle single-handedly.

Other than that, you’ll face a lot of Poison-type moves during the battle. Therefore, make sure you have some Pecha Berry, Full Heal, Lum Berry, or Full Restore with you when you step into the battle. These items cure the poison damage.

Melli is basically a Warden who is keeping Electrode safe. Electrode is the fourth Noble Pokemon you’ll come across in Pokemon Legends Arceus.

After defeating Melli, you’ll be able to encounter, fight, and defeat the Noble Hisuian Electrode.