What Does MIT On Scoreboard Mean In Overwatch 2 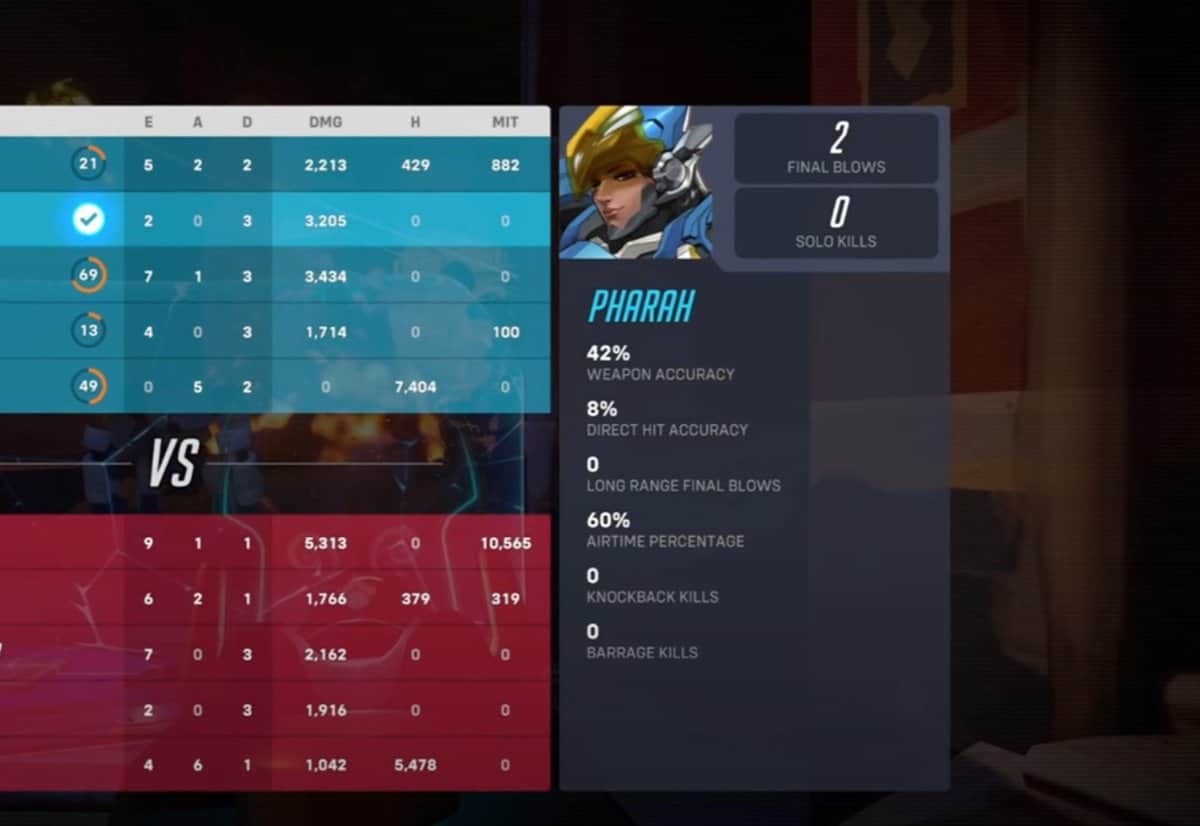 Players in Overwatch 2 can view the match statistics of both teams at any instance of the battle. There is one statistic, abbreviated as ‘MIT’ and players are still confused about what it actually means. If you are confused by this new MIT stat on your scoreboard in Overwatch 2, allow us to explain what it means.

Whilst playing a match in Overwatch 2, by pressing Tab, a window of scores appears. This window shows the statistics of both teams. There are abbreviations like:

Eliminations as the name suggests are total enemies killed by the player. However, these aren’t solo kills. It basically means the enemy was killed with the help of this particular player so you might see very high Elimination numbers sometimes.

Eliminations work hand in hand with Assists. If someone helped you kill a player, they will gain an Assist point on their scoreboard. Deaths and Damage Dealt are pretty self-explanatory while the Healing stat shows healing done by the player, either to themselves or to other allies.

The healing stat does not count healing received through medpacks on the map (unless they have been hacked by Sombra).

What is MIT in Overwatch 2

Alongside the usual stats mentioned above, there is one more statistical measure being shown on the window that is completely new and that is ‘MIT’. It actually means “mitigated damage”.

According to the game itself, MIT is a ‘new statistic that encompasses the previous Damage Blocked, but also keeps track of damage prevented by effects such as Ana’s Nano Boost or Orisa’s Fortify‘.

So the damage that is blocked or prevented, is counted in MIT. Tank heroes like Reinhardt generally have the highest MIT scores due to their higher defensive traits.

Tank heroes mostly keep focus on the defense but you can stack the MIT with other heroes as well.

So the MIT count as basically a measure of how much enemies’ ultimate power you have wasted. If you protect your teammate, your MIT count will go up.

MIT is however not just limited to tanks. Any hero that can block damage by becoming invulnerable like Moira using her Fade or Kiriko throwing her Protection Suzu can increase the MIT counter in OW2.

What makes MIT important in OW2

MIT is basically a scale that is used to keep an eye on how well you are mitigating the damage. Being a Tank in a team, it is your prime duty to defend your mates to all possible extents.

You can not only monitor tank’s performance but other players’ performance too. For instance, support could also mitigate damage. Ana, using her Boost Ultimate, could be used to block a huge amount of damage.

So long story short, by looking at the MIT readings, you will continuously evaluate yourself whether you are mitigating enough damage or not!