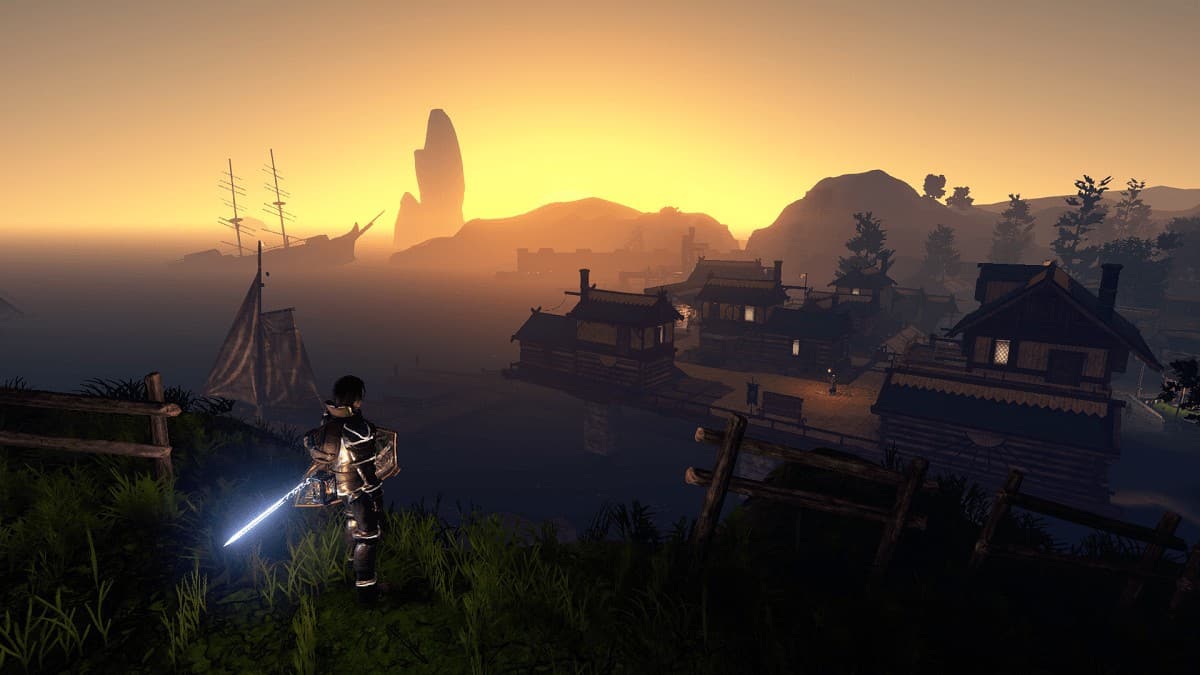 Outward is a survival-action RPG. The game will leave you vulnerable and exhausted while playing since it demands weapons, armor, and skills to survive in the game. During the start of the game, you’ll barely have anything to survive let alone kill even the weakest enemies.

To survive the harsh environment, you’ll need skills and weapons to fend off enemies and live through the nights.

Our Outward Guide will help you learn everything you need to know about finding some of the best weapons, armor, and items in the game.

Brand
A One-Handed Sword that inflicts Physical Damage on the enemies and increases the Frost Damage. The following are the materials that you’ll need to craft it.

Skycrown Mace
You’ll acquire this weapon by killing the boss in Face of the Ancients dungeon in Enmerkar Forest.

Merton’s Firepoker
This One-Handed Mace found in Enmerkar Forest. It is found in the Tree Husk dungeon, inside a dead tree on the island in the central lake.

Sunfall Axe
Sunfall Axe is available in Abrassar at the Stone Titan Temple.

Glowstone Dagger
Another one of those Off-Hand Daggers. To acquire Glowstone Dagger, you’ve to go to the northwestern part of Hollowed Marsh, inside a hollowed tree stump and then crossing the poisonous swamp.

The following section outlines all the unique Two-Handed Weapons that you can find in the game world.

Starchild Claymore
The weapon can be obtained by killing the Royal Manticore in Enmerkar Forest.

Skeleton Armor Set
To find the Merto’s Skull, you’ve to climb the roof that is next to Helen Turnbull. Climb the roof and find it behind the second pipe.

The body is found on the roof of the Blacksmith that is behind Loud-Hammer. You can reach the roof by walking on the beam.

Jade-Lich Armor Set
This armor set is located in the Dark Ziggurat in the West March.

In this section of our Outward Unique Items Guide, we’ve outlined the locations of all available Unique Items in the game.

Zhorn’s Hunting Backpack
You need to complete the Royal Manticore’s Lair dungeon in Enmerkar Forest. In the Royal Griffin cave, behind a Trog Gate that requires a large emerald, you’ll find it. It has 85 Capacity and -10% Stamina Cost.

Glowstone Backpack
Glowstone Backpack has 75 capacity and illuminates the area around you. It’s useful during nighttime. You need to complete the Dead Roots dungeon located in a massive tree in the northwestern area of the Hallowed Marsh region.

Inside the dungeon, you’ll find a series of Journal entries from which you’ll get a key that unlocks a door containing a large monster skull on a wall. Search this skull to get it.