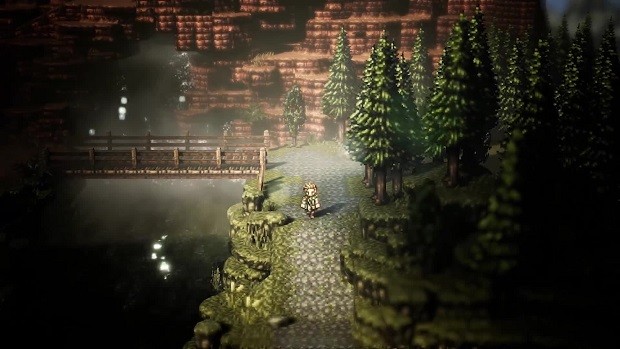 Combat in old school Japanese RPGs can be hit or miss. In the case of Octopath Traveler, it has definitely been a hit. There are more than enough ways to customize the way you battle enemies and the plethora of weapons, armor, and items available to you give you a lot of room to innovate. Due to the massive scale of combat, you will need this Octopath Traveler Combat Guide.

At the start of combat, you will be given options. You can select weapons that you will use to fight and the character skills. Try to experiment with the weapons to see which one of them work best for you. There is a lot of variety in the special character skill attacks. The SP meter is used to execute these attacks. You spend SP depending on how powerful the attacks are.

You can also use the Boost Mode by using the Boost Meter that you find beside your characters. The boost can be used on both standard attacks and special character skills. If you want to take care of an enemy very quickly, you can use your boosts. Alternatively, they can also be used to deal damage to a boss.

Remember that even though the game has no hero and you need to select one of the characters at the start of the game, it has no impact on the story. No matter which character you decide to play, you will eventually get to see the story of all of the characters. Do not fret over their traits either as you will be able to use them at one point in the game or the other.

Also, remember that you need to use the talents of your team. Try to take advantages of the classes that are a part of your team. A Merchant can be great for talking to the townsfolk and using them to get unique and rare items for yourself. Press ‘Y’ when near an NPC to see the list of skills that you will be able to use.

As we stated earlier, it is very important to use all of the boosts that you have at your disposal. You can start using the system by tapping the ‘R’ button. You can only power up a character a maximum of 3 times despite having the option to store up to 5 boosts. Since stacked boosts are much more effective, it might be worthwhile to save boosts a couple of turns and then unleash your fury on the enemy.

The timing of your heals is also critical to your success. Make sure that your party members do not die by using the various different items that you can use to heal them back up. You can also level them up, as that will automatically put their health back to maximum.

Lastly, remember that preparation in games like this can be the difference between you easily killing a boss or having to spend countless tries trying to see what works and what does not. Just try to grind the smaller enemies to get your party members a little bit more power before you head into a dungeon that is particularly hard or a boss that is challenging.

Treasure Chests can also be found off the beaten path and although they do not reward you particularly well, you can defeat some enemies along the way to be much stronger overall than you would be otherwise.

That is all we have for our Octopath Traveler Combat Guide. Let us know if you have anything to add using the comments section below!