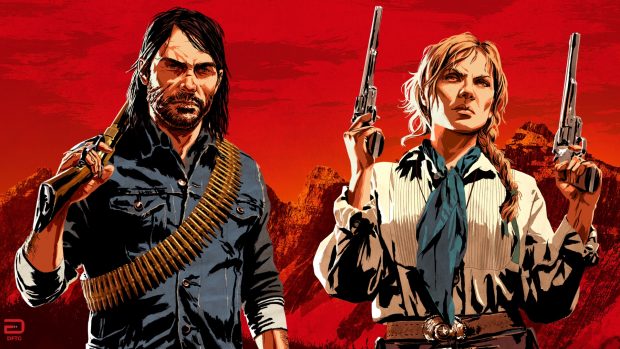 A recent snippet on a Nintendo Switch Red Dead Redemption 2 port detailed how the Switch would literally explode if they tried booting the game up. This is due to the game’s massive size, enhanced graphics and overall hardware requirement to run the game. Considering the Switch can’t run Breath of the Wild beyond 30 FPS, this is an educated guess as to what would happen.

In an interview with the Hollywood reporter, President of Nintendo America, Reggie Fils-Aime granted more insight. Specifically on Nintendo’s future plans of success. Including if they’d ever had Red Dead Redemption 2 on the Switch in the coming future.

So down the line, we might possibly see the Nintendo Switch add Red Dead Redemption 2 to its roster. It’s already shown the capability of running higher end games. Such as smoothly running 2016’s Doom. Wolfenstein is another good example and who can forget Skyrim.

Vampyr is also among the roster of games that are being ported to Switch. Since the console emphasizes on making Triple A experiences portable. Which is the device’s major selling point.

Regarding exclusives. Smash Ultimate for the Nintendo Switch has just recently released. And it’s already breaking sales millions in Japan. Safe to say that’s a big success under the Switch’s belt.

What about the upcoming exclusives? We’ve got the longly anticipated Marvel Ultimate Alliance 3 coming to the portable console exclusively. A game whose predecessors were originally available on all the consoles at the time. Switch users that have played the original two would definitely be pleased to know that they’re getting the third part exclusively.

Mr. Fils-Aime remains confident in the success of the Nintendo Switch in the future. There may not be a Nintendo Switch Red Dead Redemption 2, but Mr. Reggie definitely took advice from Dutch. And he’s learned how to have some goddamn faith.