NieR Automata Walkthrough – Resistance Camp, How To Complete Side Quests 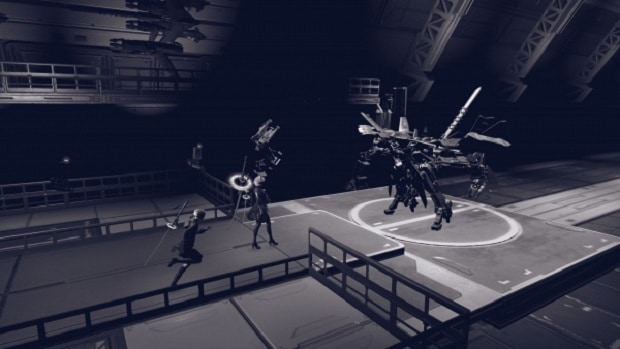 This NieR Automata walkthrough will lead players through the Resistance Camp as they complete their quest while also helping them find hidden objects in the camp which can be picked up.

Resistance Camp is the second safe zone players will go to in NieR Automata, shortly after The City Ruins mission.

In our NieR Automata Walkthrough, we’ve detailed everything you need to know about Resistance Camp and secrets in it.

When players enter the camp, they will need to talk to the Resistance Camp leader to gain Intel. Before doing so, they should head to the Access Point and save their game.

The Access Point will also let players travel back the Bunker to buy items or weapons for their Pod.

Next to the Access Point will be some trucks and players can jump to their back to pick up Animal Bait. After picking this up, they can go towards the south side to reach a chest near some soldiers repairing something.

The chest contains a Medium Recovery. Once players have both these items, they can go talk to Anemone, the Resistance Leader.

After talking to him, players will need to gain Intel from Resistance members. For that, they can go south from where the Resistance Leader was until the camera angle changes.

Selecting Yes from the choice menu will give players Sound Data 1 allowing them to listen to some tracks when near a Jukebox.

A weapon trader nearby offers players a side quest while another Supply Trader offers items for sale including Recover, Defense and Attack Up. The Supply Trader also has a side-quest for the players.

When players want to do both these quests, they can leave the camp and head north of it to go up against 3 Medium Bipeds. They will drop Complex Gadgets which is required for the Weapon Trader’s quest.

The Supply Trader’s quest area is located west of the camp and once players have items for both the quests, they can return to the NieR Automata Resistance Camp and hand over the items for a decent amount of rewards including 8000G.

Completing these quests will also update the item list on the shop and it will now have more HUD items for sale as well.

Once players have bought everything they need from the shop, they can leave the camp which will trigger an email being sent to them which tells players to go back to the Abandoned Factory to pick up their old loot.

Players can either do that or simply proceed with the objective to eliminate machines in the desert and move towards the next mission.

This is all we’ve on our NieR Automata Walkthrough. If there’s anything else you’d like to add, let us know in the comments section below!