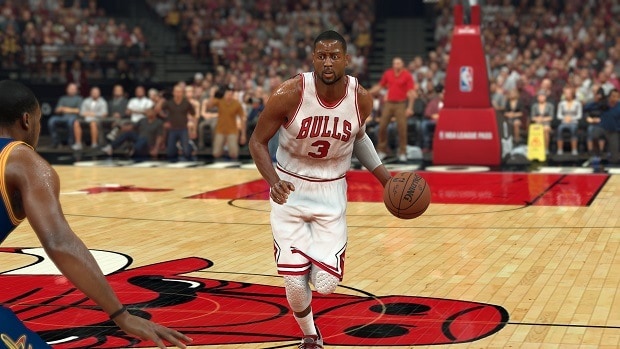 No matter how good you think you are, there is always something for you to learn and improve upon. Scoring in NBA 2K18 is an important aspect of the game as it will help players in progressing through the game and this NBA 2K18 guide will take you step-by-step o what are the best ways to score and how to score efficiently.

For more help on NBA 2K18, you can check out our VC Farming Guide, Badges Unlocks Guide, The Neighborhood Guide, and MyCareer Player Builds Guide.

This NBA 2K18 Guide will give you some advanced tips and strategies so that you can get to the rim and drop buckets with ease in NBA 2K18.

In this NBA 2K18 Guide, we have detailed some of the tips that you can use in order to score effectively ib NBA 2K18.

How to Score Lots of Points Quickly in NBA 2K18
First of all, take some time and understand who the superstars in your team are. Players will behave differently according to their skillsets just like in real life so it is good to know the strength of each of your players and use it accordingly.

Sprint button will tire players quickly and make you predictable at the same time so it is better to mix up your play. At the same time, you want to go into practice mode and understand some of the sets and plays that your team is using. This will give you a rough idea of the spacing between the players and how you can utilize it during a match.

Remember that the ‘Pick and Roll’ is one of the most underrated plays in the game at the moment. It has multiple offensive plays which can leave the defense guessing and can be an extremely efficient and simple strategy to apply during the game. If you combine this with a player who has a decent mid-range shot then you can be even deadlier.

Always remember that multitudes of passing options are available. Chest passes are one thing but you can also perform bounce passes and lead passes depending on the situation. Think of the position where you want the receiver to be in when he receives the pass rather than the position that he is in now. Apart from this, it is useful to remember that teams have built-in motion offenses so if a play breakdowns it might be worth your while to let the team freestyle.

Lastly, remember that substituting players is essential so that they do not tire out during the course of the game and take timeouts to slow down an in-form player on the opponent team.

That is all we have for our NBA 2K18 Guide – How to Score. Let us know if you have an important tip to add to if we missed something using the comments section below!