NBA 2K18 Beginners Guide – How to Dunk, How to Alley Op, Best Archetypes, How to Fake Pass, How to Sprint, Apparel Unlock 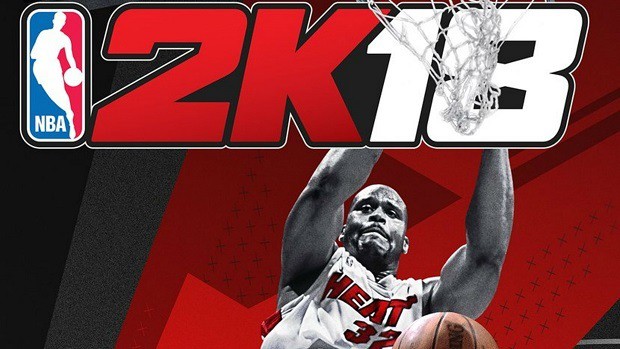 If you are a new player to this series, it can be a very daunting task to figure out how to perform some of the various complex moves that you see in the YouTube videos and trailers of the game. This NBA 2K18 Beginners Guide will give you a brief overview on how to look awesome when you play the game by providing you some very useful tips and tricks on a few of the game mechanics.

NBA 2K18 How to Beginners Guide

This NBA 2K18 Beginners Guide will provide you a basic overview of how to dunk, Alley Oop and fake pass and then try to explore some of the out of court features of the game to help you get started on your journey to becoming the next Michael Jordan. Most of the things we will cover in the guide are how-tos that will help you figure out what are the basics.

Perhaps the most iconic move in the history of Basketball, it is every boy’s dream to be able to fly high in the air and land the dunk perfectly. In NBA 2K18, you need to spring towards the basket and then move the shot stick in any direction. The direction of your shot stick will determine the kind of animation you execute when you are trying to dunk.

Remember that to successfully perform a dunk, you need a player with high dunk stat. If your player does not have a dunk stat that is high enough, he will probably perform a layup instead. The advantage of the dunk is that it is incredibly hard for defenders to get in the way of your basket.

This is perhaps one of the most satisfying moves to execute in the new game. The simple way to perform an Alley Oop is to press the triangle button twice which will lay up the ball for your teammate. Alternatively, you can double tap the same button while moving towards the basket to perform the self-Alley Oop. This should only be done when there is ample space between you and the defenders.

Performing a Fake Pass is also quite simple in NBA 2K18. To do so, press the jump and the shot button at the same time – Triangle and Circle for PS4. The direction of your left stick will determine which player will receive the fake pass.

Your player can have up to two specializations in the game known as Archetypes. There are 189 Archetypes in NBA 2K18 so it can be daunting for newer players to choose between them. To determine your best archetype, first, decide what kind of player you want to be. After this, select the Archetype that is best assisting to your primary and secondary skills. Try to specialize in one of the plethoras of specializations that is available such as Defending, Rebounding, and Post Scorer.

NBA 2K18 How to Make the Perfect Shot

Shooting can be quite a difficult task for a new player. Green release shots are the most sure-fire way of landing the ball in the basket. Flick the right stick or press the shot button and then leave it when you are at the top of your shot meter. This shot is now guaranteed to go in – thus known as the green release shot. You can also use your controller vibration to determine when you have to release the button. This is the simplest way of making sure that your shots go in.

Badges can be upgraded in the game by doing 3 drills that you are allowed to do between each game. Badges can end up being complicated due to their diverse nature so it is better if you just read our NBA 2K18 Badges Guide.

Ah, this can be tricky. As you know, 3 point shots are sort of like the holy grail of the NBA. Everyone wants to do them but very few people can. To do a 3-point shot, make sure you are standing outside of the three-point line and then try to get a green release. It is best to make sure that you are uncontested when you try to make the shot, as these shots are very easy to defend against.

The main difficulty in making three point shots is to run rings around the opposition so that they leave your main shooter unmarked. This is something that only practice can make perfect.

NBA 2K18 How to Face Scan your Players

It is perhaps every basketball fan’s dream to have their name and face up there with the greats like Kobe Bryant and Kevin Durant. With the new NBA game, you can do that (sort of). For this feature, you need a smartphone which can run the NBA 2K18 app. Download the app, open it and then go to Scan Your Face.

After this, the instructions are quite straightforward so follow them and take multiple shots of yourself until the app is satisfied. If you are satisfied with the way, you look then upload the photos or else just rescan your face. Once the photos are uploaded, the game will process your photos and generate your face on your player.

Not satisfied with the way you look? Fear not, all you need to do is to go to the new Neighborhood hub world in NBA and you will find a Foot Locker store that has shoes in the bottom left area. There are also various stores for threads in the same Neighborhood so you can browse around and decide where you want to spend your hard-earned VC.

NBA 2K18 How to Efficiently Sprint

There is no point in just holding down the sprint button. You need to control your rhythm and pace on the court to make sure you do not tire early in the game. Try to only sprint when you absolutely need to and remember to substitute your players in and out of the game to make sure that they are at their peak when they are on the court. A tired player is a useless player.

That is about all we have for our NBA 2K18 Beginners Guide. Let us know if you have something important to add using the comments section below! NBA 2K18 is now available on PS4, Xbox One, and PC.