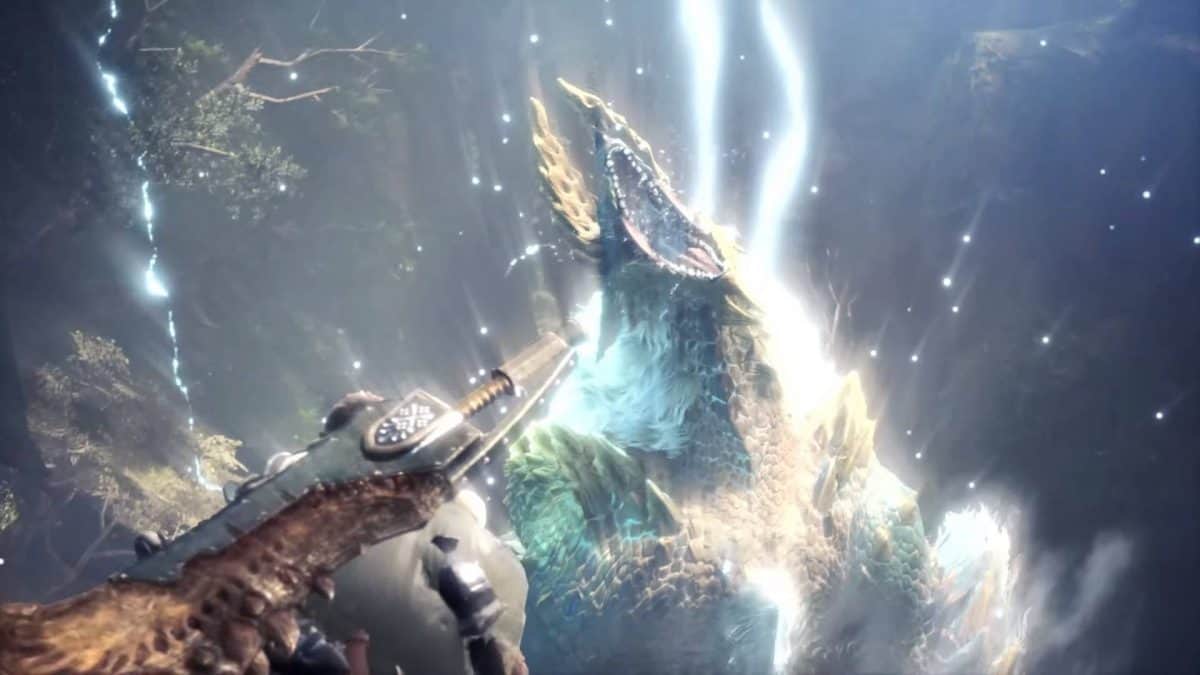 Want to lay your hands on a powerful weapon, More specifically a hammer capable of giving 1248 raw damage and a whopping 640 water damage? Well, good things come with some effort which in this case is the completion of Monster Hunter World A Shocking Climax Event Quest.

Thanks to one of four new and exciting event quests of MHW, A Shocking Climax, you will get the chance to rightfully make the Space Lord Super 8 hammer all yours. So this guide is all about getting the glorious weapon.

A Shocking Climax is where you get to fight against Namielle and Zinogre to finally get the reward after defeating these two monsters. What you must know is that this quest is repeatable but only for a limited period of time.

Oh and don’t be too excited cause you don’t actually get the hammer itself rather the special material “The Unity Symbol”, three of which will be needed to craft the weapon at Smithy.

Now, this whole adventure starts when you hit up the mission board in either Astera or Selania where you can find “A Shocking Climax” in the MHW quests listing.

The mission as discussed above is basically a single hunt where you will deal with the Elder dragon and then an endgame monster.

The hunt itself is quite easy and isn’t something MHW players are not already aware of as the quest takes place in Coral Highlands. So you won’t have to worry about cold or hot drinks. Just get in, beat the monsters and get out.

A Shocking Climax is a single hunt MHW mission you must be adopting a good strategy. Starting with the approach, you might want to take a few friends along to speed the process up and make it favorable for you.

You surely want a Thunder Proof Mantle and maybe a Waterproof mantle particularly fighting against Namielle.

Thunder proof is a must though as both the creatures use that element and to deal explosive damage hence save time, consider taking a blasting weapon along.

If the odds are not in your favor which we hope isn’t true, you might have to do this three times. Well, it’s better than not having the opportunity to do it again but you can save yourself from the hustle by burning the Lucky Voucher before each hunt.

Luckily you get three of these vouchers each day during the Grand Appreciation Fest. Stock up on these if you fail to achieve the target!

So finally when you have three of the rare materials you would be quite happy with the reward, A maxed out Space Lord Super 8 Hammer, looking quite intimidating, no doubt an amazing weapon as I already shared the stats above. And you get a +40 defense bonus too which for a hammer, is quite surprising

Time to face Namielle and Zinogre to get the Unity Symbols so that you can finally craft the weapon in Smithy. Good luck.