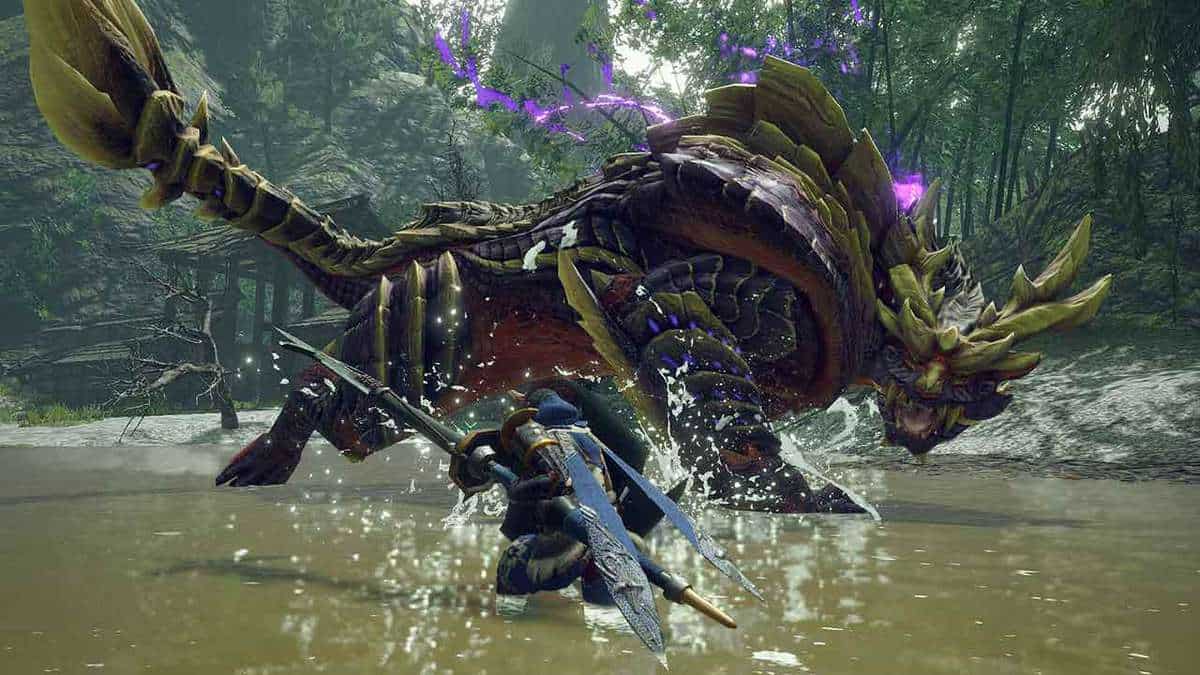 With the release of Monster Hunter World, the Monster Hunter series evolved from a niche series to a big-budgeted AAA title across all platforms. Monster Hunter Rise, however, decided it wanted to remain with Nintendo’s arguably unpowered, but universally loved system, the Switch and only just now has been ported onto the PC. Having played Rise on the switch and now on the PC, I can say that this move didn’t scale Monster Hunter back in the slightest; it made it astoundingly better.

Monster Hunter Rise is a third-person action RPG that has you start out as a fledgling hunter of monsters who must gradually grow into a formidable hunter in order to stop a calamity called “The Rampage.” While the premise of the game is very simple and the story simplistic, Monster Hunter Rise utilizes these devices and its strong atmosphere exceedingly well to onboard you into its core gameplay loop. 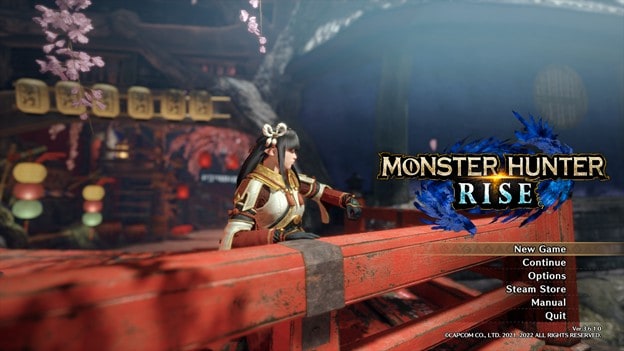 Before I get to the nitty and gritty of the gameplay, I have to talk about Monster Hunter Rise’s art direction and design. When I first booted Monster Hunter Rise and landed on its start menu, I could not bring myself to start the game itself; not until I had heard and seen the entirety of the harmonious performance of the shrine maidens. This is similar to what Capcom did with Dragon’s Dogma Dark Arisen; Use an amazing soundtrack to immediately establish the tone and atmosphere of the game you’re about to start.

Monster Hunter Rise has a great OST and it’s complemented by an extremely charming design. Kamura, the game’s hub, feels packed but doesn’t feel cluttered. The NPCs animated with life, harmonious background music and gorgeous scenery almost made me wish Monster Hunter Rise wasn’t an action game at all and focused entirely on the serenity of this hub town.

The character designs are spectacular, everyone including the Maiden twins feel unique and has a personality to them. The main attraction, Monster Hunter’s titular monsters, are amazing to behold. The series prides itself on its bestiary and watching monsters out in the wild with their own animations (while not as detailed as World!) shows massive love for the creatures. 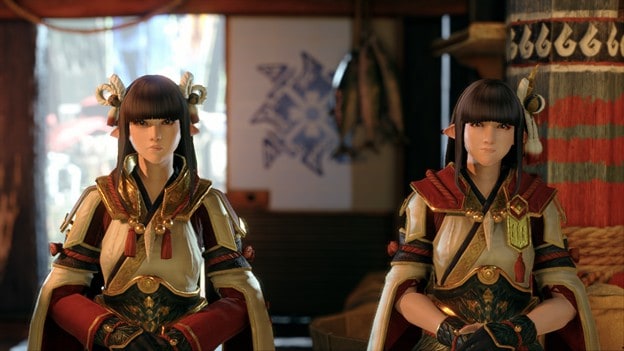 Moving onto the gameplay, when you start Monster Hunter Rise, what follows is actually pretty overwhelming. After you’ve made your hunter and created not one, but two pets! the story of Rise is immediately established, and you’re thrust to the main hub. You’re introduced to characters, traversal mechanics (we’ll talk more about this later), shops, a whole other pet, the buddy system and lots and lots of controls, menus and navigation all before your first quest.

While all of this can seem like dumping a lot on the player at once, it’s way better than most previous entries believe it or not. I think I felt this way because I’ve played it on the Nintendo Switch before and felt the need to quickly jump through everything and onto the quests so that my PC hunter could catch up to my Switch hunter. If you take it just a step at a time and go through everything at a more leisurely pace, Monster Hunter Rise acclimatizes you to its systems fairly well. 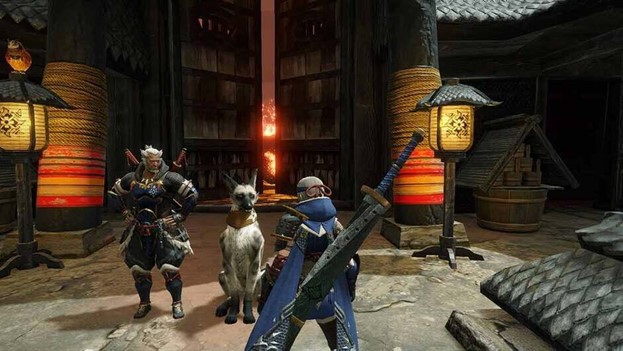 Speaking of systems, Monster hunter Rise’s gameplay systems have a lot of depth to them, especially when it comes down to combat. Combat in Monster Hunter Rise has many aspects to it; The weapon variety alone open up completely different playstyles to hunters. It’s very janky at first, but it slowly reveals its hidden complexity as you experiment with different weapons.

The highlight of combat and traversal has to be the Wirebug. Monster Hunter Rise’s Wirebug is a grappling hook that can used to not only fling yourself from point A to B, but it also becomes a unique tool that can used in many ways during combat via Silkbind attacks. This along with your trusty Palico and Palamute make combat with large monsters an absolute blast. 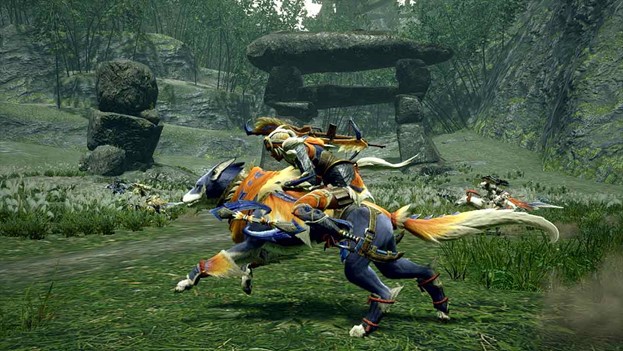 Where Monster Hunter Rise’s combat really shines, however, is when you’re out on a hunt with other players. The teamwork and showcase of everything a hunter can do to take down fearsome Monsters is honestly the highlight of Rise’s gameplay. It alleviates the grind and adds fun social aspect to hunting that Rise caters to very well.

I think it’s high time I talk about the PC port of Monster Hunter Rise in particular. Monster Hunter Rise was designed for the switch first and ported to the PC later. As a result of this, It retains many of its switch textures that are very choppy by modern game standards. The PC port does have an edge over the Switch in that it can support higher resolution textures and deliver the game at a better framerate. While better frames are always welcome and enhance Monster Hunter Rise’s combat quite a bit, increasing the resolution only serves to make the bad-looking textures pop out. This isn’t a deal-breaker though as Monster Hunter Rise is carried by its gameplay and atmosphere more than its overall graphics (which are still decent enough).

Performance wise, the PC port of Monster Hunter Rise runs very nicely; Even on systems past their prime, Rise performs reasonably well. Moreover, Its PC-related associability features really left a good impression on me. There is a dedicated Memory usage indicator bar in its advanced graphics settings which helps players assign advanced settings rather easily based on memory usage. 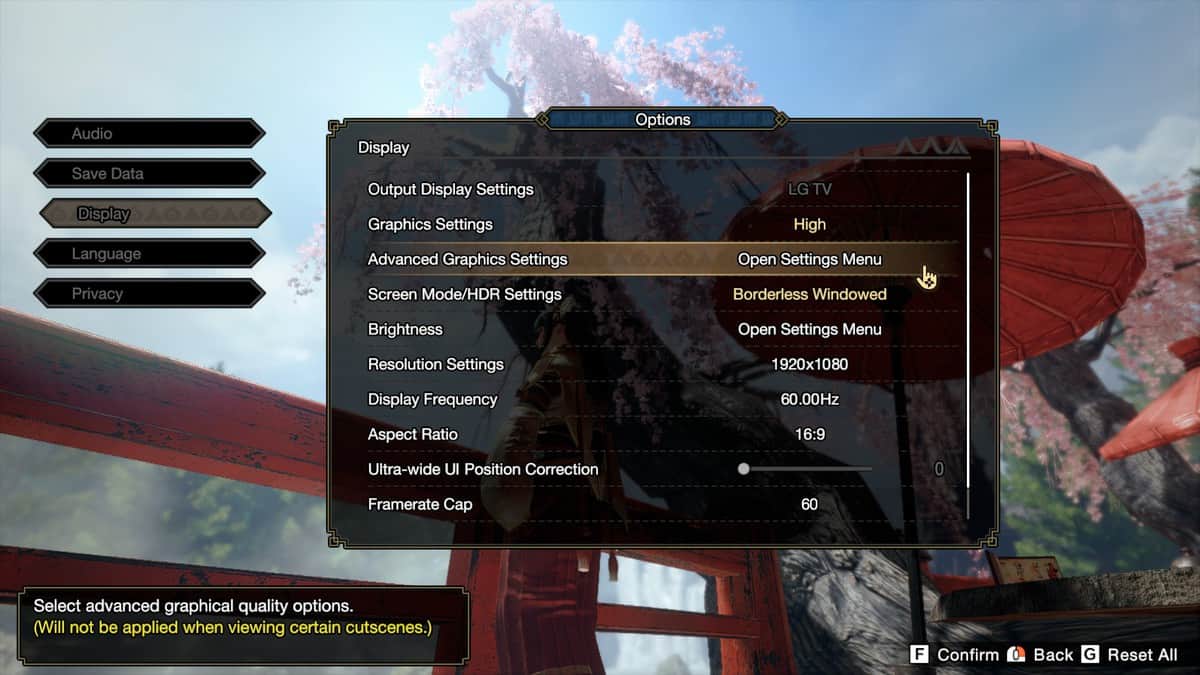 Rise also asks beforehand your preferred peripheral input indicators which is awesome. I played Monster hunter Rise with my PS4 Controller as I was used to using a controller with the Switch version. Monster Hunter Rise gave me the option to use DualShock-related on-screen indicators and even gave the option to use Xbox controller ones if I so desired. It also quickly swaps them out if you suddenly use the keyboard and mouse during gameplay. 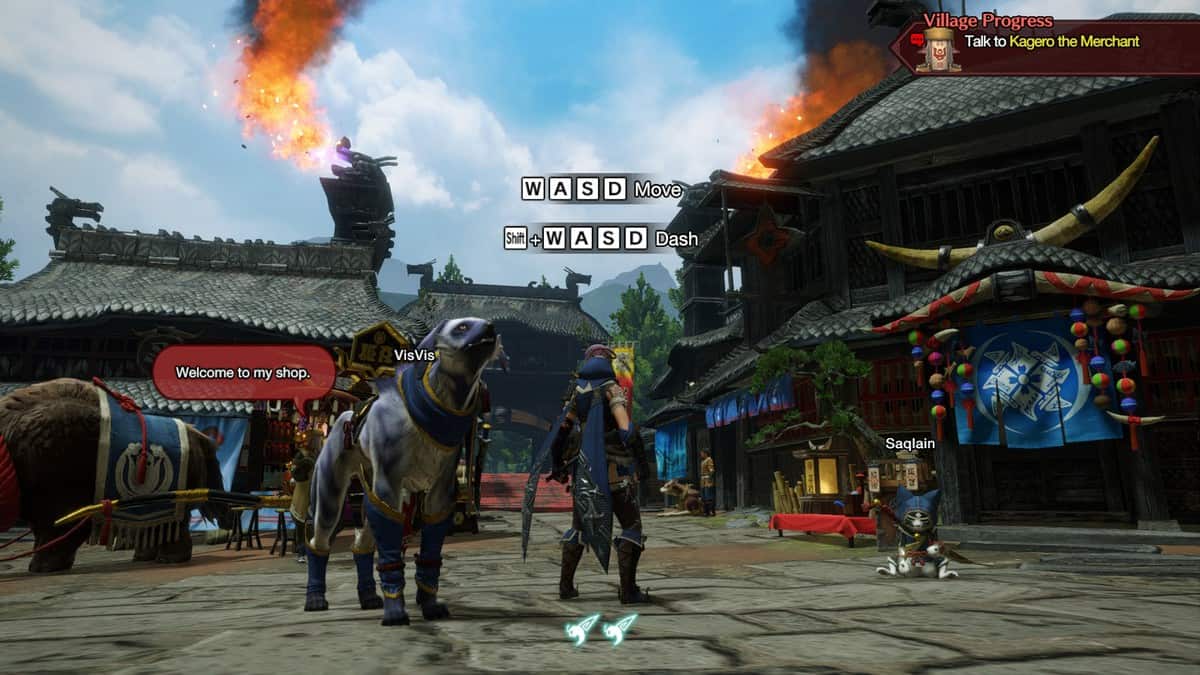 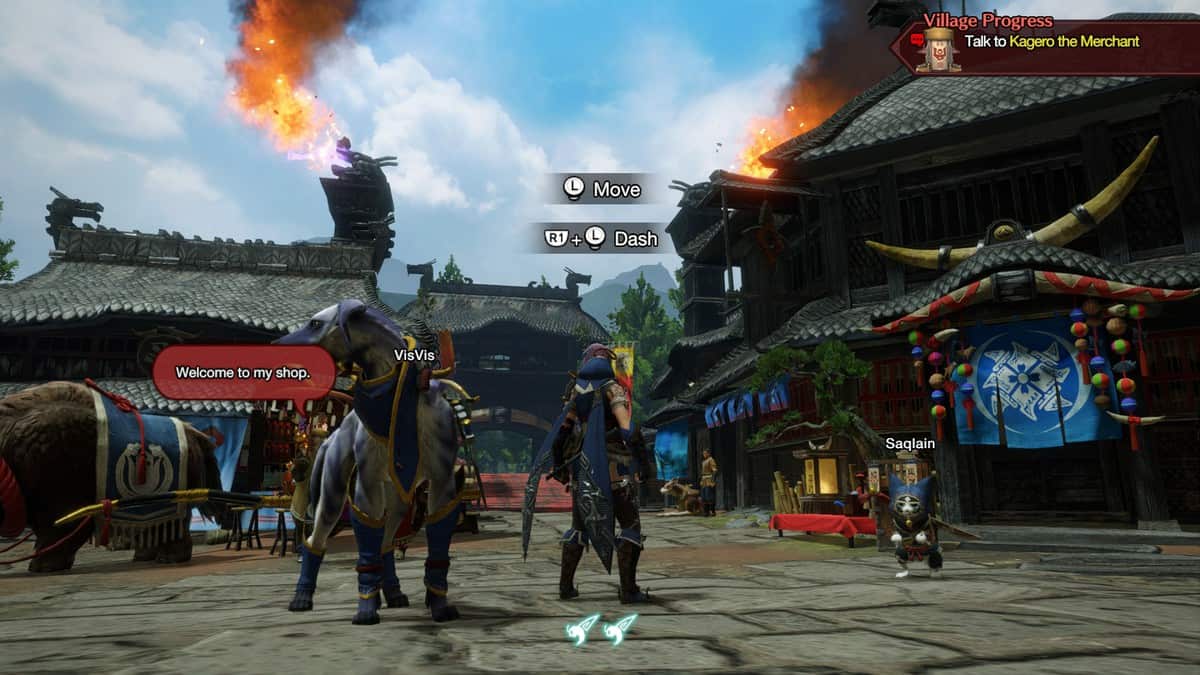