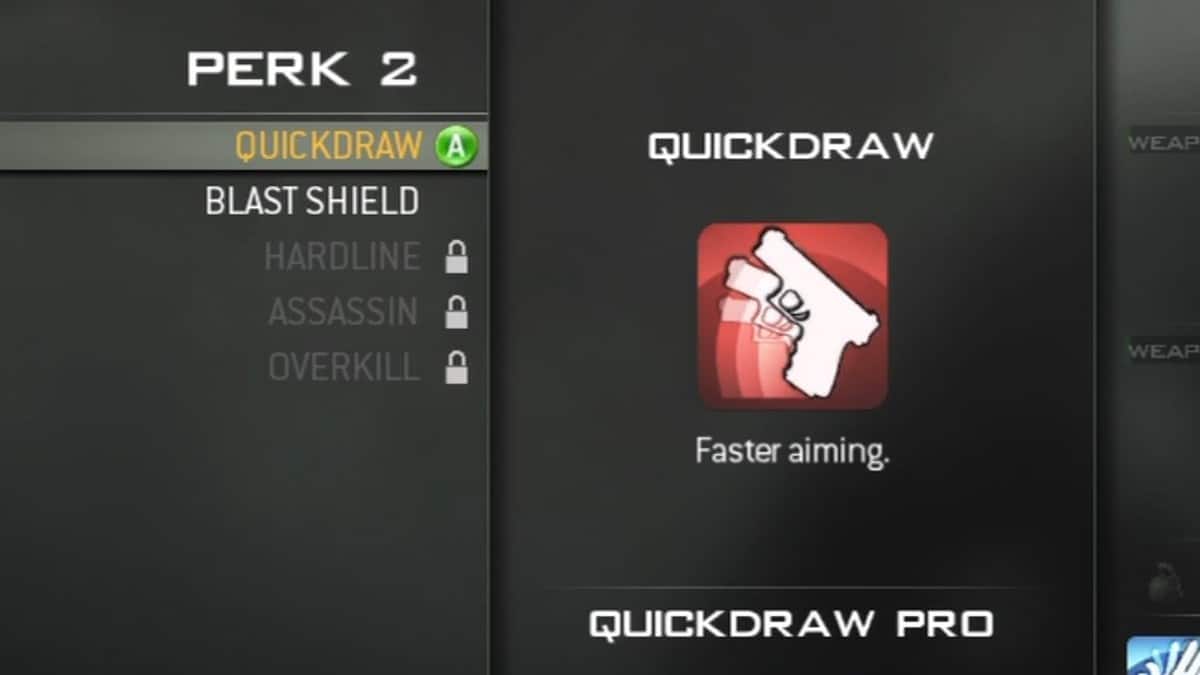 The multiplayer of Call of Duty series is addictive enough to keep you engaged for hours. That’s also why millions of fans across the globe impatiently wait for any new game in the series. The following Modern Warfare 3 Perks, Death Streaks and Strike Packages Unlock Guide will cover everything you need to know about unlockables in the game.

Perks are the extra abilities one can use tactically to have an upper hand over the opponent in any particular field in Modern Warfare 3. Players can use three perks at a time and only one perk can be selected from each Tier.

Players can change their perks combination by creating custom classes. Perks can also be upgraded (to the Pro version) depending upon how much you use them. Below is a list of all the MW3 perks so you can decide which one works best for you.

Scavenger – It’s function remains that is you can gather ammo from the dead. In MW3, it does not replenish the grenades and equipment. The Pro version allows you to carry extra Mags. The perk is unlocked at level 39 in the multiplayer.

Blind Eye – You become undetectable by Air Support and Sentries. With the Pro version, you can lock onto targets through launchers faster than usual.

Extreme conditioning – You can sprint for longer duration than the usual. The Pro version enables you to climb over the obstacles faster.

Sleight of Hand – Weapons can be reloaded faster. With the Pro version, you can swap between your primary and secondary weapons faster.

Tier 2 Perks
Quick Draw – You can aim your weapon faster than usual. The Pro version allows you to recover faster after you use any equipment. Like after throwing a grenade, you will be able to use your faster than usual.

Blast Shield – Reduces the explosive damage. With the Pro version of this perk, you become resistant to Flash and Concussion grenade.

Hardline – You can get to killstreaks with one lesser kill. With the Pro version, every two assists will be counted as a kill.

Assassin – You become undetectable by UAV, Portable Radar, Thermal, and Heartbeat Sensors. There are two advantages of its Pro version. One, you become immune to Counter UAV and EMP and then Enemies won’t have a red cross hair or name above your head.

Overkill – The perk allows you to carry two primary weapons instead of one. The Pro version will allow you to use an attachment on the second primary weapon.

Tier 3 Perks
Sitrep – With this perk, enemy explosives like Bouncing Betty, C4 and Claymore and other Tactical Insertions can be detected. The Pro version will make the enemy footsteps louder.

Stalker – Your mobility is improved while aiming down the weapon. It also depends on the weight of the weapon you are carrying. The Pro version delay the enemy claymore explosion.

Marksman – With this perk, you can spot enemies at far distance. The Pro version allows you to hold the breath for longer duration.

Steady Aim – Increases the hip fire accuracy of any weapon. With the Pro version, you will be able to shoot faster after sprinting.

Dead Silence – It reduces the sound of your footsteps and reduces the effect of Recon perk. The Pro version negates falling damage just like Commando Pro perk from Modern Warfare 2.

Modern Warfare 3 has many ways to reward you even when you are dying in a row and piling up some deathstreaks. Only one ability can be chosen per class and if you die that much times, the ability will automatically power up during the match.

Juiced
It will activate after 4 deaths. This will allow you to Sonic your way through the battlefield; move really fast for a total of 8 seconds

Revenge
Consecutively dying to the same enemy 5th time, you will now see him on the radar marked for you to search and annihilate

Final Stand
If you die 4 times, you will get another chance at life if shot dead; instead of dying instantly, you will start crawling with the ability to shoot your primary weapon. Rather annoying.

Martyrdom
Unlocked at level 51, you will drop a frag after you die that will detonate faster than the normal frag. Martyrdom is activated after 4 deaths.

Dead Man’s Hand
It’s similar to that of Martyrdom but the players will be able to detonate a C4 charge just before death. Dead Man’s Hand is activated after 6 deaths and is unlocked at level 57.

Hollow Points
Hollow Points is activated after 5 deaths. Your bullets will do more damage just like the use of “Stopping Power”. It gets unlocked after level 71.

Previously, the rewards that were earned based on the killstreaks are now included in the Strike Package. In each class, players can select three strike packages that can be executed after certain criteria (points) is met. Rewards in Strike Packages in divided into 3 sections.

Assault Strike Package
Assault rewards will be reset each time you die.

Care Package – 4 Point Streak Reward
You can call in the care package crate that has random point streak rewards.

Predator Missile – 5 Point Streak Reward
You can control a missile landing from above. You can detonate it anywhere you want.

Sentry Gun – 5 Point Streak Reward
This will drop a sentry gun to the marked location which will target any enemies and shoot them to kingdom come. The sentry shoots all players except the ones that have the “Blind Eye” perk.

Precision Airstrike – 6 Point Streak Reward
After achieving 6 kills you will be able to call a unidirectional airstrike.

Attack Helicopter – 7 Point Streak Reward
This will call in an attack helicopter that will essentially make everyone’s lives hell if they are not in an interior. Racks up kills pretty fast if enemies aren’t fast enough to get to cover.

Strafe Run – 9 Point Streak Reward
Using this perk will call in five helicopters which will completely wipe out an indicated area with extreme amount of firepower.

AH-6 Overwatch – 9 Point Streak Reward
The AH-6 Helicopter follows you around the map and kills any enemies that should be unlucky to cross your path.

Reaper – 9 Point Streak Reward
You will take manual remote control of a Reaper UAV which will launch 14 total guided missiles which you can direct to your enemies.

Assault Drone – 10 Point Streak Reward
A ground drone will be dropped that you can control, it consists of a Light Machine Gun and Rocket Launcher.

Pave Low – 12 Point Streak Reward
A heavily armored helicopter which will attack enemies. Compared to our previous helicopter, this one is a bit more tanky and much more firepower.

Juggernaut – 15 Point Streak Reward
This will give you the Juggernaut Suit that has M60E4 LMG, and MP412 handgun. You will have a lot of firepower and damage resistance at the cost of mobility.

Support Package
Unlike Assault Package, your rewards won’t reset each time you die. These rewards will only help your team.

Ballistic Vest – 5 Point Streak Reward
You can call in a ballistic vest bag and everyone from your team can grab one.

Airdrop Trap – 5 Point Streak Reward
It will call in a decoy care package that will be explode when enemies try to capture it.

Recon Air Drone – 10 Point Streak Reward
You can control a recon drone to target enemies for your teammates.

Advanced UAV – 12 Point Streak Reward
This UAV gives you the location and direction of each enemy on the map.

Stealth Bomber – 14 Point Streak Reward
You call in a carpet of bombs that is no visible on the mini-map.

EMP – 18 Point Streak Reward
The EMP will disable all the electronic based point rewards.

Juggernaut Recon – 18 Point Streak Reward
You can call in a care package containing a heavy armor which will increase your health but will slow you down.

Escort Drop – 18 Point Streak Reward
You get an Ospery chopper that brings and then defends many care packages.

Good luck on the Battlefield!