How To Unlock All Mastery Camos In Modern Warfare 2 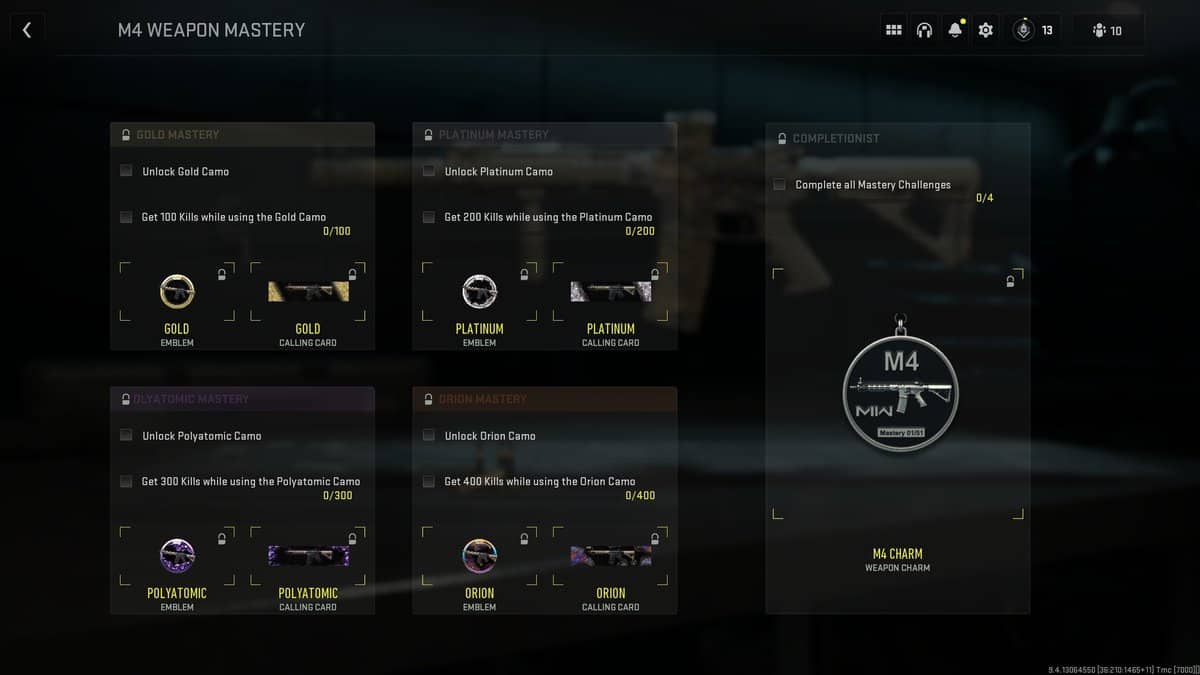 You will find two types of camos in Modern Warfare 2; Base and Mastery. Base Camos are available universally, which means you can apply them to any weapon. While on the other hand Mastery Camos are for specific weapons once you gain their mastery.

All details that you will need to know about unlocking the Mastery Camos in Call of Duty: Modern Warfare 2 are covered in this guide.

How to unlock mastery camos challenges in Modern Warfare 2

In Modern Warfare 2, camos are divided into two categories: base camos and mastery camos. You can only unlock the mastery camos after unlocking the base one, and there are more than 180 base camos that are easy to unlock. These base camos are universal, meaning you can use them on all your weapons after opening them.

You must complete the four base camo challenges before going for the mastery camos in Modern Warfare 2. You can unlock these camos by leveling up the guns, and the challenges for these camos vary for different weapons.

The challenges are simple, including double and certain kills with the weapons. Additionally, you only get one base challenge for weapons that the gunsmith cannot customize. After completing the base camos, you can work on unlocking the four mastery camos.

The first mastery camo is the gold camo challenge, and you will unlock this challenge after completing the four base camo challenges. Unlocking gold camos is easy as it requires you to obtain a certain amount of kills without dying a certain number of times.

After unlocking a specific number of gold camos, you can unlock the Platinum camo. These challenges are tied to particular categories of weapons, including battle rifles, SMGs, AR rifles, marksman rifles, and others.

The challenge to unlock Platinum camos is almost the same in every category. You need to get a certain number of long-range kills.

The requirement for the gold camos will stay the same even if new weapons are added later to that category. After completing the Platinum challenges, you can use the camos on the guns you used to meet the challenges.

To unlock the Polyatomic challenge, you must complete all the Platinum weapon challenges, number 51. It means you have to open the platinum camos for every weapon present at the time of the launch of Modern Warfare 2.

The challenges are specific to each gun category but primarily revolve around getting a certain amount of eliminations by landing perfect headshots.

The last mastery camo in Modern Warfare 2 is the Orion camo. After completing this challenge, you will have all the weapon camos in MW2.