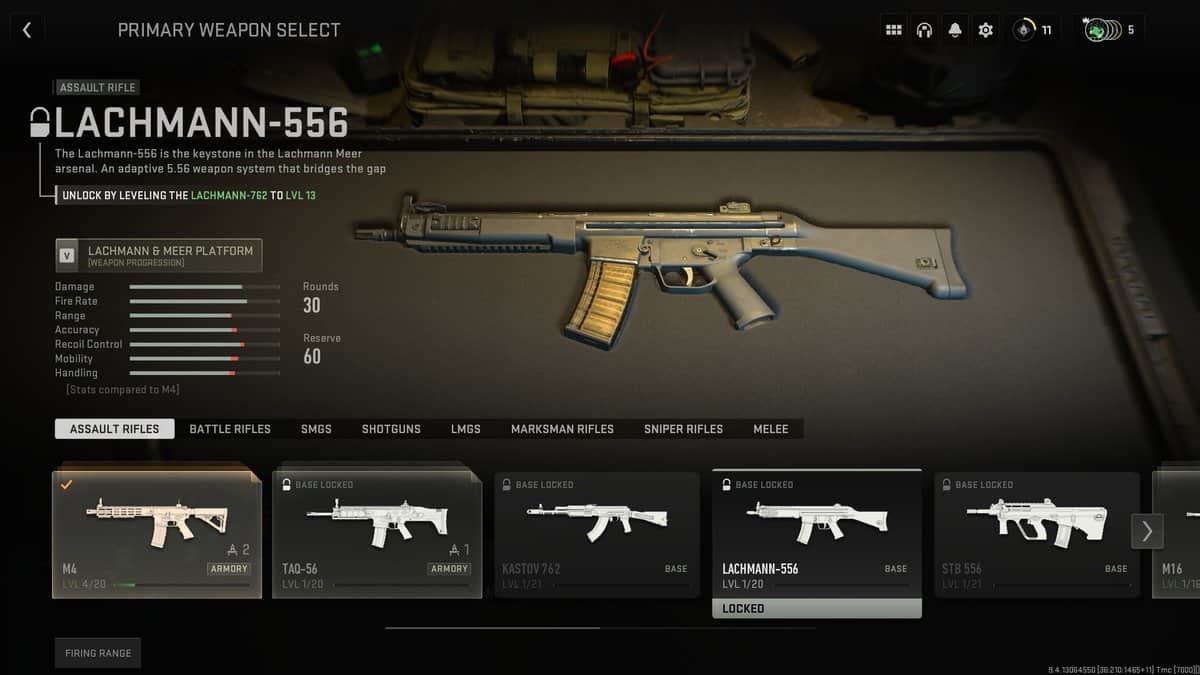 Lachmann 556, also known as HK33, is one of the best Assault Rifles in Modern Warfare 2, which is inspired by the real-life Heckler & Koch HK33. It is the advanced version of the S.M.G. variant and features some great abilities which can be modified to bring rifles back to their domination in the game’s meta version.

The Lachmann 556 in CoD MWII possesses an exceptional damage output ability alongside it being a solid choice when playing in Ground War Mode. Though it’s a slower weapon, this shortcoming can be instantly eradicated with the correct class setup. This guide will teach you how to unlock Lachmann 556, its ideal loadout, and a perfect setup. So without further ado, let’s begin.

There are two base Perks to use for this loadout; Overkill and Bomb Squad. They will allow you to carry two primary weapons and prevent you from taking too much damage from non-killstreak explosives and fire, respectively. These perks will mostly be used in close combat.

As a Bonus Perk, you get Fast Hands. In close quarters, fast movement is the name of the game and Fast Hands will allow you to perform actions like reloading and swapping weapons at an increased speed.

For the Ultimate Perk, you will be using Bird’s Eye. This perk zooms out the minimap so you can see more of the battlefield and can plan your route accordingly if there are some enemies ahead. Inside buildings, this can be highly useful if you are holding an objective and can see enemies coming in from a long distance as it also shows enemy directions instead of just dots on the map.

To deal the most damage to the target, you must go for the Semtex grenade as it sticks to almost all surfaces and then explodes shortly after, creating a huge blast.

Another helpful grenade will be the Stun Grenade as it will assist you in fleeing during stressful environments. Lastly, like motion detectors, you can use a Field Upgrade, Portable Radar to detect the presence of an enemy nearby.