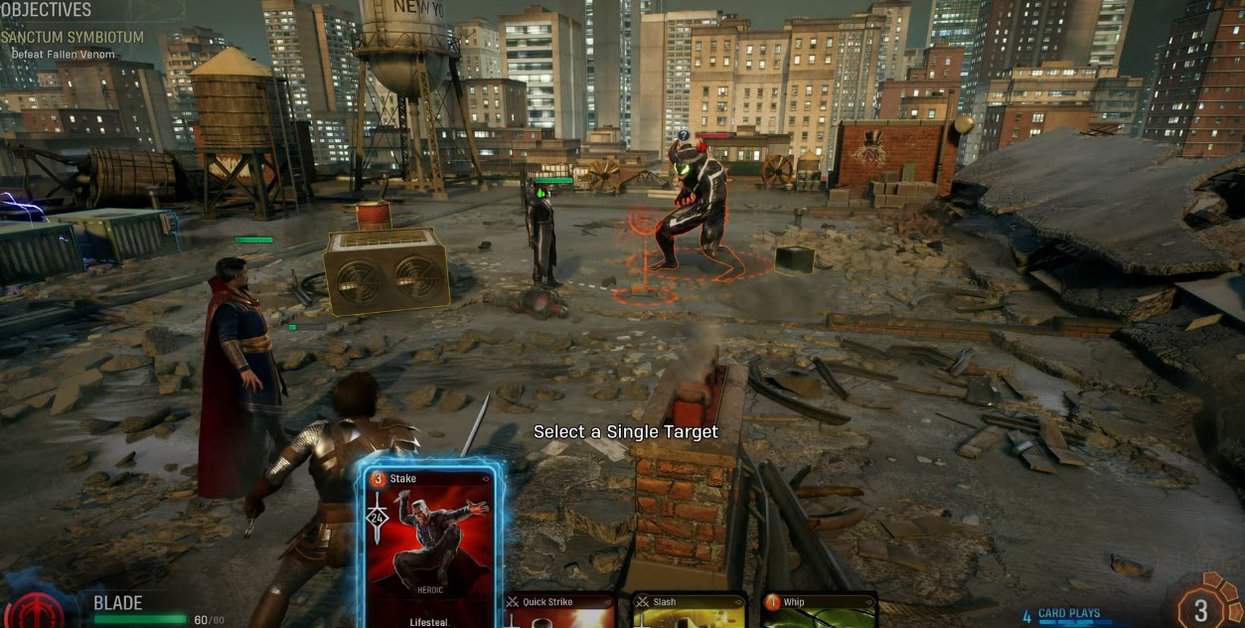 Marvel’s Midnight Suns is a complex game, with a tactical gameplay loop that can be tailored according to the player’s style if they manage to play their cards right. In this guide, we will highlight all the tips you need to keep in mind while playing Marvel’s Midnight Suns.

To make sure that all the different systems in the game run evenly, it is important to make sure that they all progress further similarly. This includes working in the Forge, leveling up your characters, or even reading books.

The tips we have compiled below for Marvel’s Midnight Suns will help go over the basics of the gameplay to get you up to speed with different aspects of the tactical RPG.

Return to the Abbey

The Abbey will act as your safe house in Marvel’s Midnight Suns. This makes it the place where the players will go to when they have finished their missions and are in need of relaxing and upgrading their gear.

You can do relax here by playing the various games available in the Abbey or read the endless collection of books in the library or paying the Forge a visit to upgrade your gear.

Since the Abbey acts as a central point for the players in the game, make sure that your time here is not wasted. You can do this by frequently visiting the Forge and upgrading any weapons that are required in your next mission.

You can keep a track of all the objectives that you’re supposed to complete by taking a look at the top left of your screen where the list of tasks is available. These are the major tasks or items you’re supposed to deal with before you can proceed to the next mission.

Utilize the Forge for your benefits

The Forge is your most important area in the game since this is the place where you’ll be conducting research projects as well as upgrading your gear. Furthermore, since research projects take at least a day to be completed, it is suggested that you have a project running all the time.

This is important because the items you’re forging could range from simple cosmetics to more complex gear upgrades, which would definitely be helpful in the tough battles that you’ll be facing.

Another thing you should focus on is investing in an early research project called the Combat Item Table. This is an essential research project required if the player wants to take combat items with them into battle.

Added to that, the forge is primarily where the players will find new cards at the beginning of the game. These cards are obtained when the player brings back gamma coils collected from their missions, and hands them over to Tony Stark, who in turn opens them up for you, revealing the collection of different cards you received.

These cards can be crafted as well once the player has unlocked the blueprint crafting since it’ll allow you to obtain specific cards if you have their blueprints available.

Spend time in The Yard

Your next area of interest should be The Yard since this is where you’ll be upgrading the cards and characters you’ve unlocked. Your cards can be upgraded using the in-game currency of essence, whereas, If you want to modify the card then you’d be required to spend credits on them as well.

In the yard, you can also spar with other characters on a daily basis, allowing you to increase both their friendship with you and your training level. A higher training level will unlock passive advantages for your character, so make sure that you spend a fair amount of time sparring here with different characters.

There are a total of 13 characters that you can play as in the game, which might seem a bit overwhelming, however, simply focusing on four or five of your favorite heroes who also happen to be good characters will work out just fine for you.

The usage of these four to five characters will allow you to obtain new cards for them, allowing them to become more powerful than the other characters.

Apart from that, a faster way of upgrading a character is by engaging them in battle, in the T.H.R.E.A.T. room in the yard. Here, you can use the character you wish to upgrade and battle against a set of enemies allowing you to gain as much experience as you want to.

Also, focus on Nico and Hunter as well, since they are the only characters that can heal your teammates, so it is important that both of them are at a high level.

Complete solo missions from the Central

Next, you should take a stop at Central. Here, you’ll be able to send your teammates on their solo missions, which will help them gain experience and gather new ability cards. To access these missions, however, you’ll be required to gain intel which can be gathered by completing specific side quests.

While completing any mission, it is important to note that a battle will be instantly over if the player rushes to complete the objective right away. This means that engaging in combat with every single enemy before completing the mission, is not necessary.

Furthermore, make sure that you try out the different difficulties available in the game. The higher difficulties increase the enemy’s offense and health, but it also rewards the players with an increased number of rewards at the end.

Doing missions on a higher difficulty

In the beginning levels, it is advised to start with medium difficulty levels. But as you built up more and more confidence in the game, the in-game missions’ difficulty can be increased to get more rewards and XP.

Going overboard with the difficulty won’t give you any more benefit other than failing the mission. Therefore, increase the difficulty according to the skillset that you have.

Utilize the cards in the best way

The more action you will have in the mission, the more points and XP will be rewarded as a result. Fighting in Marvel Midnight Sun is like playing a game of cards with each move deciding your fate.

Each player has three cards in each mission that they can use in their turn. Using different strategies while using cards is one of the key aspects of winning the fights.

It’s not possible to write all the strategies here but you can use a card with quick effect when the enemy has little health left. These cards come with a refund that can be utilized to KO the enemy.

Marvel Midnight Suns give players the option to interrogate the enemy after KO them out. At research level 4, this option can be unlocked by getting the Truth Serum from the forge to then build the Strike Terminal at the war room.

Interrogation can be done by playing the interrogation card within a specific time interval. With the help of Interrogation, players can be rewarded with bonus points as well as Gamma Coils that unlock new cards.

With the major points covered, let’s talk about the several smaller things you could focus on such as petting Charlie the dog and reading books in the library for different rewards.

Added to that, reading books in the library will grant players arcane knowledge, which will help players get better rewards from the chests located all over the Abbey.

Lastly, talk to everyone located in the Abbey since one of them might have a pending hero quest, which can be completed to receive bonuses.