How To Increase Friendship In Marvel’s Midnight Suns 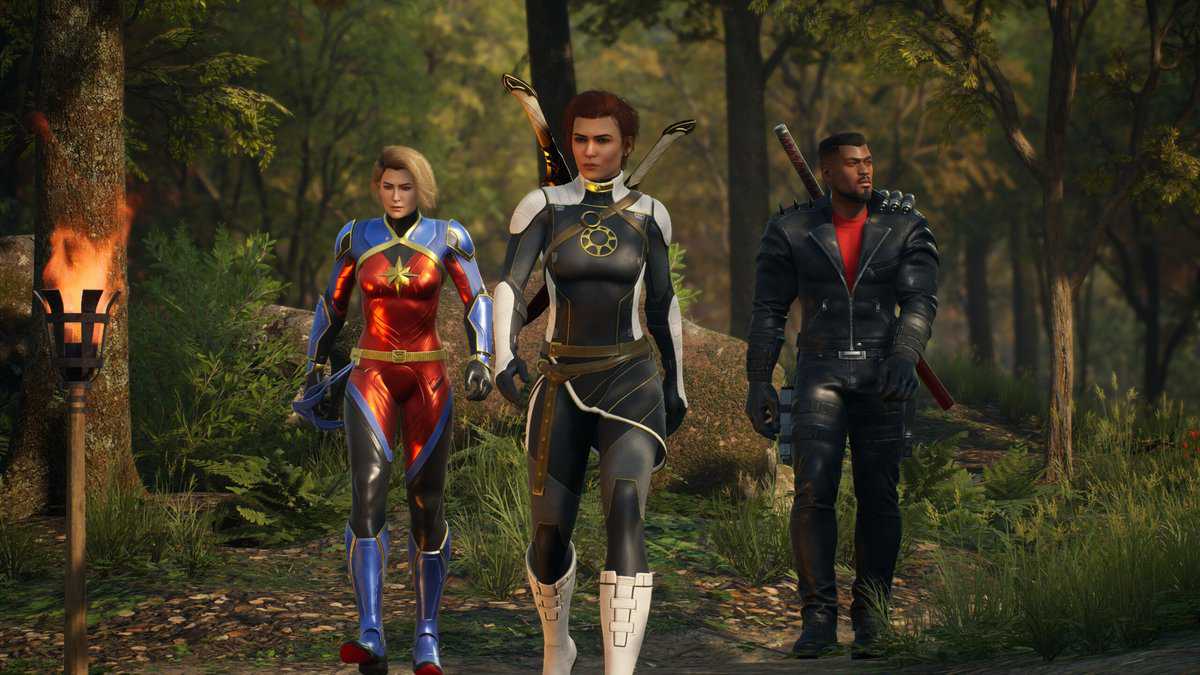 The life of Hunter in Marvel’s Midnight Sun is not all revolved around tactical battles, but they also have a life off the field. One of the aspects of Hunter’s life in Midnight Suns is their friendship with other heroes or members of the Midnight Suns.

As the friendship bond with the heroes gets stronger, several perks, including combat passive and combat abilities, will get unlocked. Friendship with superheroes provides a great experience and unique ability cards and stats. Those stats and cards boost your potential in battles, ensuring joy and excitement throughout your game journey.

Furthermore, increasing the friendship level for the entire cast provides great team bonuses. These bonuses include having the option of giving compliments, opening shops, and having a well-synched team abilities combo.

Friendship XP could be your secret gateway to dominate on the battlefield in combination with other things. This guide will cover all details you need to know to increase friendship in Marvel’s Midnight Suns.

How to increase friendship levels

Hangout means doing something together, but who knew that in Marvel’s Midnight Suns, it would help increase friendship? If looked closely after the end of each mission, there is an option to hang out with the Hero.

There are many activities that the players can do while hanging out with the Hero. Undoubtedly, choosing activities is just preferential according to different players. Some want to play cards indoors, while others want to catch big fish in the river.

Whatever activity you choose, make sure that the Hero also likes it. If that chosen activity happens to be disliked by the Hero, the friendship level will go down.

There will be an option to give gifts to the Hero after hanging out with them. The second option would be to take them to haven, which we will get to in a second.

A big gift shop on the way to the Forge in Marvel’s Midnight Suns lets you buy gifts and boost friendship levels. Buying a gift for the Hero is the best and the easiest way to increase the friendship level.

Not all gifts in Midnight Sun increase the same amount of friendship XP level. The gifts in this game are categorized in the spectrum between Legendary and Common. While buying, look for the gift rarity level. The friendship XP will increase more for the rarer gifts.

Keep in mind the interest and objectives of the Hero while buying the gifts to maximize your chances of increasing the friendship level. For example, the best gift for spiderman would be to give him manuals focused on tech and comic books.

Remember that you get two options after hanging out with the Hero. The first one was giving the hero gift, which we discussed earlier. The second was taking Hero to the Havens, which we discuss here.

While exploring the forest of Abbey, several portals unlock different haven locations. Identifying the portals of haven is very easy as they emit blue light in a circle. You can easily visit any Haven location one time with the Hero after unlocking it.

In Marvel’s Midnight Suns, sharing your feelings through dialogue with the heroes is the easiest way to earn friendship.

When a conversation starts in Midnight Suns, there will be three options on the screen for you to choose from, each with a different outcome. To get the maximum friendship XP, use the best intellect to select an option according to hero psychology.

The are many opportunities in the Abbeys for dialogue, such as during hangouts, in the haven, at the club meeting, superhero social networking service, and the superlink.

Earning and using Compliments in Marvel’s Midnight Suns is another way to earn friendship XP points.

The following are some ways in which you can collect compliments in Midnight Suns:

Walk close to the Hero receiving the compliment and press the prompt button on the console to initiate. Doing so, Hunter will say whatever compliment you have chosen to the Hero and earn friendship XP.

Remember that the Friendship XP rewards will be lower for successive compliments on the same Hero.

Meeting and engaging in different activities with the heroes in the club, such as side stories, is another way to earn friendship XP points.

For that, there will be an option to join three clubs in Marvel’s Midnight Suns early in the game. These three clubs are Book Club, Shop Club, and EMO Club.

While in the clubs, there will be massive opportunities to engage in talks and chats with the heroes. Using these opportunities will be an excellent way to earn friendship XP.

Getting knowledge of the different psychologies of the heroes by reading books from the book club is another long-way commitment to earn friendship XP. You can use that friendship knowledge to pitch in the proper dialogue with the heroes.

Sparring is simply training against the heroes to upgrade the cards. Who knew sparring could be a way to increase friendship? But if done with any hero, it would raise friendship XP. You can head to the yard with your favorite Hero and start sparring to earn friendship XP.

In Marvel’s Midnight Suns, nearly all the heroes have different requests, such as taking them on a mission, buying new cosmetics, and upgrading their abilities. You must find these requests by speaking to the heroes and then complete them to earn XP.