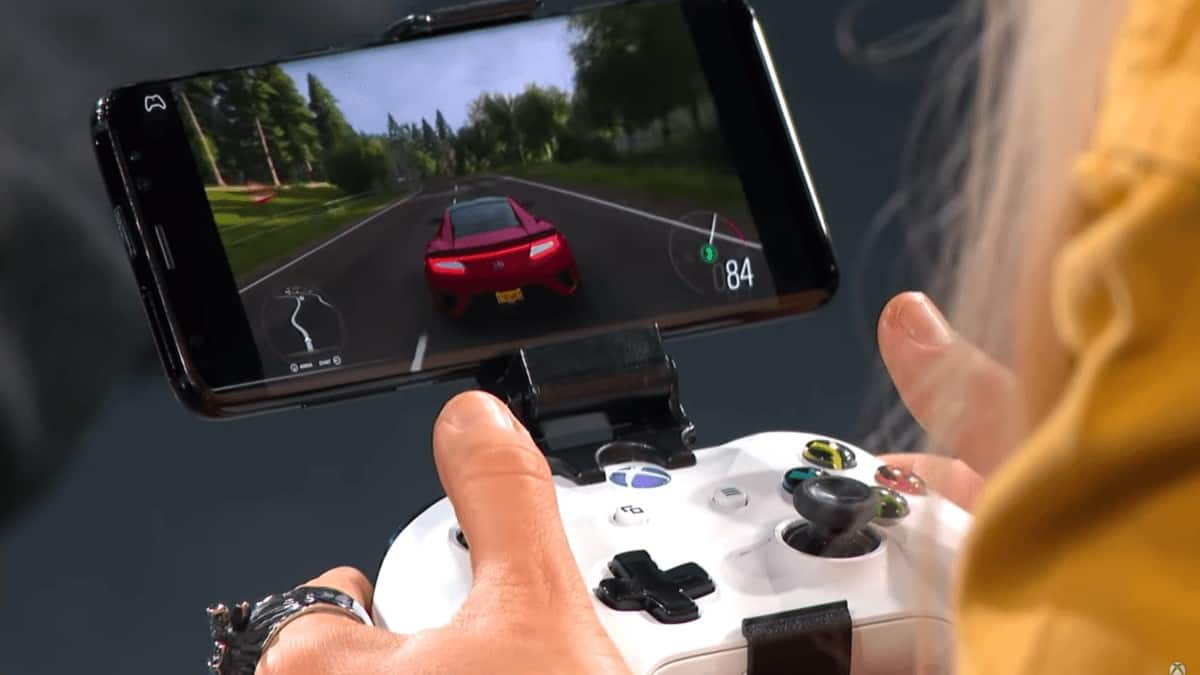 Microsoft has now given everyone a first look at its Project xCloud streaming service to remind everyone that they remain devoted to become the Netflix of gaming. This first demonstration of the service was part of the company’s latest Inside Xbox live stream which was narrated by Executive Kareem Choudhary.

The host was given an Android phone running Forza Horizon 4 with the power of Cloud streaming service as promised by the tech giant. It was being played with a standard Xbox One controller connected to the phone via Bluetooth and from what we saw, the visuals were high quality.

Project X Cloud is a cloud-based streaming service that will enable you to play anywhere we have a client. Anywhere you have a good network connection, you’ll be able to participate in Project X Cloud.

Kareem Choudhry said that the public trials for this new service will start later this year without any mention of a specific date. The whole concept of this upcoming service is a dream come true as it will allow the gamers for the first time play console titles on the go. The best part is that the whole heavy processing is done on Microsoft’s side at its data center then streamed to the mobile devices.

In an accompanying post, Choudhary confirmed that they are hard at work and the Project xCloud is not just a replacement for available game consoles but instead a new choice and a way to play games. It’s just another way to open up the world of Xbox gaming to those who don’t own any console.

We’re developing Project xCloud not as a replacement for game consoles, but as a way to provide the same choice and versatility that lovers of music and video enjoy today. We love what’s possible when a console is connected to a 4K TV with full HDR support and surround sound – that remains a fantastic way to experience console gaming.

The main purpose of this streaming service is to create a “future where you will be able to seamlessly access content on your phone, tablet or another connected device”.

More about this project will be shared in the upcoming months including the details of when and how you can try out this Project xCloud service on your own for the first time.

With E3 2019 just a few months away, we can expect Microsoft to talk about the streaming service at the event in further details.