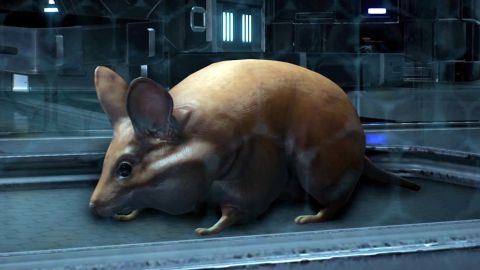 While not really serving any purpose besides looking cute, players have the option to keep Pets in Mass Effect Andromeda. They will be aboard the Tempest so players can occasionally visit these Pets to make the journey through space a bit more fun.

This Mass Effect Andromeda Pet Locations guide will help players adopt these pets as their own and then keep them aboard the tempest to interact with at regular intervals.

As of right now, there are two known pets in the game: Pyjak Monkey and Space Hamster, both of which can be adopted by Ryder.

Once players have the mission, they need to track down the trail of crumbs to nearby crates and then craft a trap at the Research Station and place the trap near those crates. When the trap is in place, players can simply go about their normal way and check up on the trap after completing a few missions.

By this time, an alien hamster would have been caught inside the trap. Players have the option to use it for research or keep it as Space Hamster pet. If players choose to keep the hamster as a pet, a new glass tank will appear inside the Pathfinder’s Quarters where the hamster starts living.

Once players have redeemed their code for the Pyjak Monkey, they need to use the rewards claim terminal inside Pathfinder’s Quarters and then read their email which gives them a quest to pick up the Pyjak from Nexus. The Pyjak crate will be located in the Common Area of the Nexus, next to the Nomad and General Vendors.

Players can interact with the crate and then have it delivered to the Tempest. The monkey then appears around the Cargo Bay aboard the ship, sitting on some crates. Ryder can go and pet it whenever they feel like it.