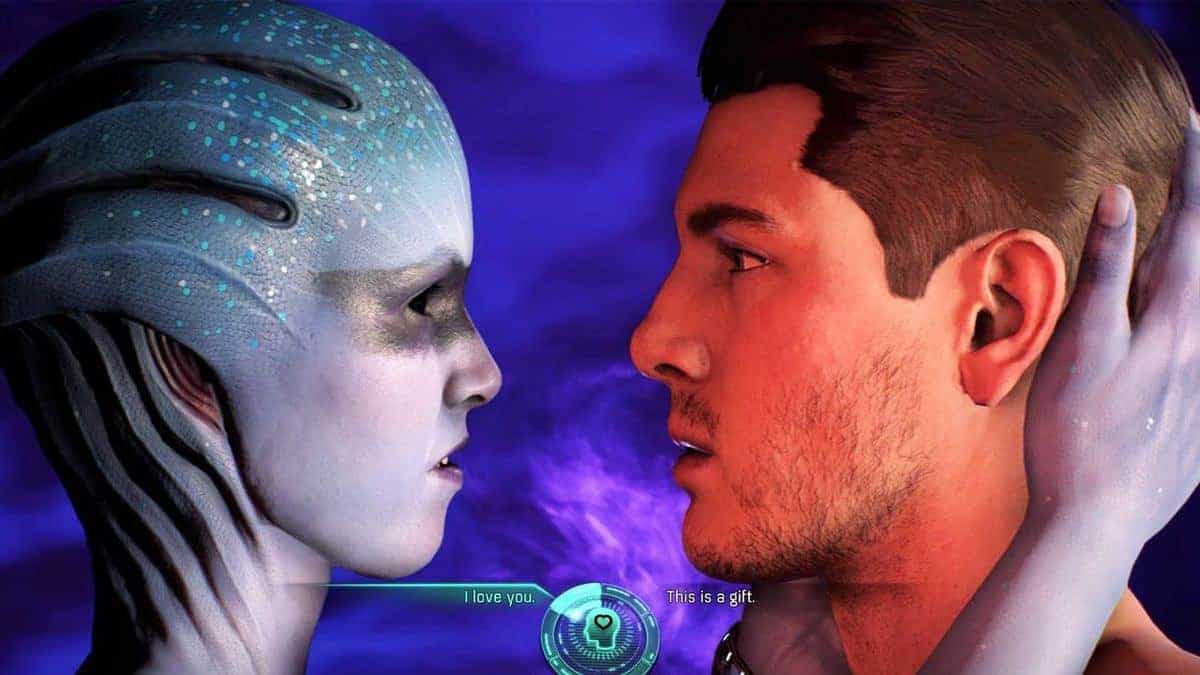 Mass Effect Andromeda Peebee Romance guide will help players romance this new Asari in the game, who might one day become the next Liara of the franchise.

Peebee in Mass Effect Andromeda is the Asari adventurer/explorer players encounter on Eos while going through Remnant sites. After joining Ryder’s squad, Peebee can be romanced by both male and female Ryder.

Romancing Peebee takes some time but it is fairly easy if players regularly talk and flirt with her and also complete her loyalty mission. Not only can she be romanced by both Ryders, she also has different types of romance options which culminate with different sex scenes.

Peebee starts flirting with Ryder from pretty much the start once they talk to her aboard the Tempest, where she lives in one of the escape pods next to the flight deck. During this conversation, players should choose “You crave excitement, huh?” dialogue option to officially start flirting with her. Talking to her again will bring up another option, aptly written as “Flirting”.

Peebee asks Ryder to get her some Remnant Tech from Voeld, having done that, players can talk to her again and continue their attempts at romance by selecting the “it’s true” dialogue choice when she tells players that they are nosy. Eventually, she will tell them to come back later for when her secret project is finished.

After that, players will need to visit her apartment on Nexus where she has used the Remnant tech to build a drone. That’s when Kalinda barges in and starts arguing with Peebee. To advance their relationship, players need to stand up for Peebee during the argument and then once Kalinda leaves, tell Peebee that they care about her.

After visiting Aya with Moshae and then returning to Tempest, players will get another email from Peebee to meet her at a museum. Meet her at the museum, finish the conversation and suggest to her that everyone needs to let loose in a while.

Later when back on the Nexus, players can visit her living area and continue talking to her, eventually leading to a critical point in the romance. If players go for the strings attached option, they will slowly start to develop their relationship further over the course of the rest of the game.

After speaking to Gil about the kett transponder you found on Kadara during the Priority Op “Hunting the Archon”, you will receive an email from Peebee. Read it out to begin the mission “Peebee: Remnant Scanner.”

Talk to her on the Tempest. She will say that she has named her experiment. Respond first with “Cool name.” After that select any option and then select “Exciting!”

Go to Eos, Havarl, and Kadara in this specific order and track down the pieces of Remantn tech that Peebee requires. On Kadara, meet her at the port to find one of her important items which have gone missing, say “I’ll help you.”

After “Hunting the Archon” Peebee will get a clue on her missing robot. Meet her in a bar on Kadara. Chose whatever you like during the conversation with her. Head to Elaaden to finish it, answering again with whatever choices you like. You will achieve Peebee’s loyalty and the final slot in her skills.

Return to the Tempest and interact with Peebee. Answer first with “Let me in” and then for the next choice chose either option

You need to give Peebee some time. Whenever she is ready, she will ask to talk with you. Talk to her in order to begin “A Mysterious Remnant Signal.”

Talk with her in the escape pod of the Tempest and then go to the Inalaara System. This mission includes a lot of fighting, so make sure you take a strong partner with you.

You will be required to make a decision regarding Kalinda. Do not pick the option to shoot her. Peebee will be happy if you save Kalinda’s life which will make it easier for you to make some love with her.

After completing “Journey to Meridian,” head to the meeting room onboard the Tempest where a cutscene involving your entire crew will play. A scene between Ryder and Peebee will also playout and here you have to answer with “I love you” completing the romance with Peebee.