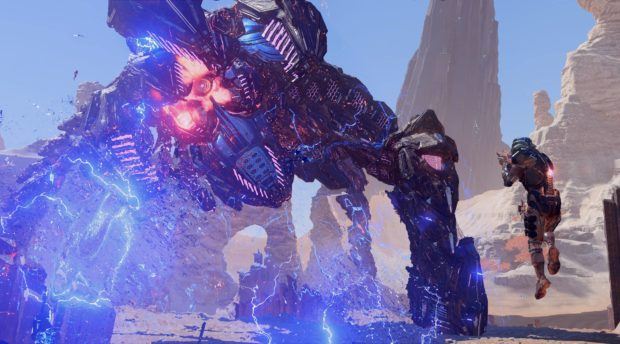 Mass Effect Andromeda Loadouts Guide to help you find the best loadouts for various playstyles to increase your combat efficiency.

There are a lot of things to consider when it comes to creating the perfect Mass Effect Andromeda Loadouts. Each weapon, ability, and mod behave differently which is why I encourage experimenting and seeing what works best for you.

When it comes to Mass Effect Andromeda Loadouts, the game gives you complete freedom to change your equipped weapons and mods before heading out on a mission or at a loadout table.

For more help on Mass Effect Andromeda, check out our Characters Guide, and Skills and Abilities Guide.

Finally, it goes without saying but none of the loadouts mentioned in this guide are set in stone. Once again, I recommend that you alter a few things and come up with your own unique loadout.

In our Mass Effect Andromeda Loadouts Guide, we’ve detailed everything you need to know about the best loadouts in the game.

Similar to Mass Effect 3, your equipment load has an impact on your overall combat efficiency. For instance, if your loadout has heavy weapons only, expect to have slower recharge time on your powers.

Depending on your build, this little can have drastic effects on your overall combat efficiency. Those of you who prefer Biotics over anything else, I highly recommend avoiding heavy weaponry and sticking to pistols.

Unlike earlier installment, you no longer have five weapon slots right from the onset of the game. In Mass Effect Andromeda, each player starts the game with a melee weapon and two holsters.

As you progress through the game, you’ll unlock new holsters using the Combat Fitness which is a passive skill. You can check out our Skills and Abilities Guide linked above for more information.

Weapons in Mass Effect Andromeda are divided into four categories i.e. pistols, shotguns, assault rifles, sniper rifles. Since there are no classes in the game, each and every weapon is available for everyone to use.

However, this isn’t the only division you should be familiar with. Weapons in Mass Effect Andromeda are also divided on the basis of origin. Here’s an overview of these weapons:

Then there are Weapons Mods. Mods in Mass Effect Andromeda are temporary and can be switched before the start of a mission or at the loadout table. A weapon in the game can have no more than 2 mods at any given time.

Some mods in Mass Effect Andromeda are purely cosmetic while others can definitely give you an edge in the heat of the battle. I highly recommend testing out different mods to see what works best for you.

Lastly, do note that I’ll continue to update the guide with best loadouts and more information in coming days. Stay tuned!

This is all we’ve on our Mass Effect Andromeda Loadouts Guide. If there’s anything else you’d like to add, let us know in the comments section below!