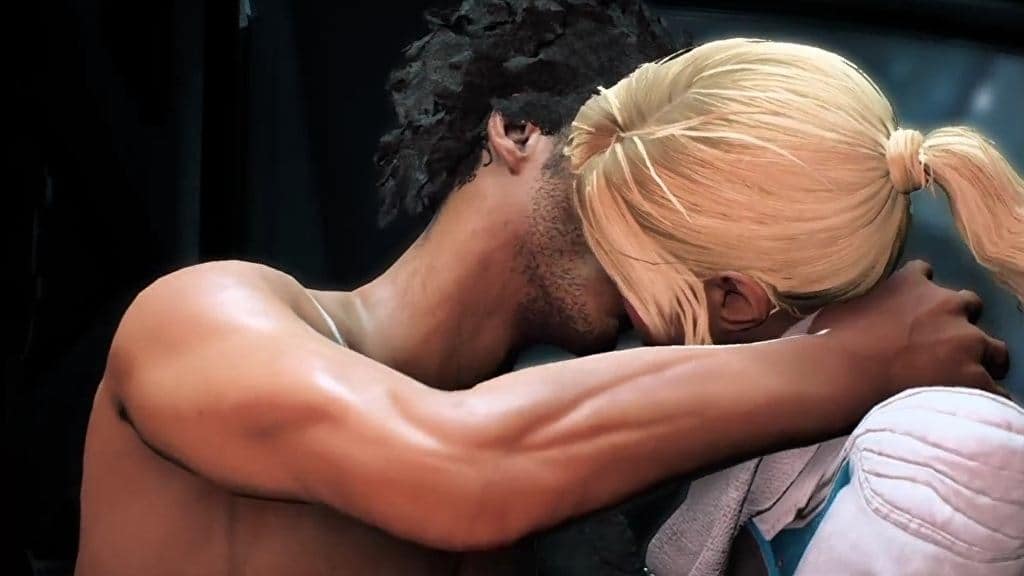 Given that he is heterosexual, Liam can only be romanced by a female Ryder and eventually end up being exclusive partners. Since he is one of the easiest characters to romance, players don’t even need to do his loyalty mission to progress with him.

To begin the relationship, players will first need to proceed through the main story and get access to the Tempest. Once they have their ship, they will embark on a quest to investigate Eos.

There, players will be met with a disagreement between Eos, Liam and Cora on whether to dedicate the first outpost to military or science development. Side with Liam who favours a sciene-based outpost though your decision here won’t have a considerable effect on any future opportunity to romance Liam.

When you have completed the mission, “A New Beginning”, engage in a conversation with Liam on Nexus and pick the dialogue, “Like a New Beginning” when you get the chance.

Once an outpost, Prodromos, has been established on Eos players can return to the Tempest to find Liam in one of the rooms near the Cargo Bay, trying to push a couch.

This will officially kickstart the relationship between Liam and female Ryder as after moving the couch, both sit down to have some casual talk.

During this conversation, players need to flirt with him and make sure they select the “Company like this” dialogue option once it pops up.

Players can continue to talk to him further at this point and try to express interest but Liam mentions that they don’t know each other very well so the romance possibility gets shutdown for now.

Whenever players complete a mission and then return to the Tempest, they should go and visit Liam, talk to him and try to flirt again in order to further advance their chances of romancing the character.

When you are done with the mission, ” A Trail of Hope” and have visited Kadara, go talk to Liam. He will suggest a movie night. Reply in the affirmative by picking “That sounds fun” from the dialogue lines.

Once Jaal, the Angaran squad mater finally joins the team on Tempest, players can visit Liam’s quarters once again to see them both bonding with each other. There is no romance option available during this conversation but it is required to open up more choices in future talks.

In the mission, “Liam Kosta: Armor Diplomacy”, Liam will ask for your help in making an armor. You will be needing 10 iron and 10 aluminium for this armor which you should have in your inventory, otherwise, just mine these materials on Eos or purchase them different vendors.

Once you have Liam’s armor ready, go back to him. You’ll find Liam and Jaal in a humerous talk. Respond with the following dialogue lines; “You two should sell tickets“, “Explain and make it good” and “I approve. Sort of“.

After completing the mission on Voeld to free Angaran prisoners, players can once again and go talk to Liam inside his storage room quarters where he will be a doing pushups. Liam seems a bit pissed off during this conversation but after Ryder calms him down, he talks to them more about his past and his passion for cars.

Eventually, Liam reveals that his family is sending him his old car, which was a relic from the 21st century which he built with his family. While the car may never reach him in time, the thought of it arriving for him keeps him happy.

At this point, another dialogue option will appear “I need someone, and so do you” which will lead to a timed action prompt.

If players press the right button during this time, the romance scene will begin. After this you can either choose, “It was a one-time thing” to end things with Liam or “We’ll see where it goes” to keep your options open for future.

After the completion of “Journey to Meridian”, find Liam who is looking for you in the storage room and say, “I’m game if you are“.

It will result in the onset of the mission, “Liam Kosta: All in”. Once you are done with this mission as well, head to the Tempest where you’ll find Liam, tell him, “I’m interested in you.”

In the mission, “Liam Kosta: Community”, Liam will strike a conversation with you about a surprise he has prepared. To show your commitment towards the relationship, respond with “I like how you keep trying“, “Date me, not ‘the Pathfinder“, “I’d rather sneak off with you“.

In order to become exclusive partners, players will need to do Liam’s loyalty missions and commit to him once he asks them to meet him at Prodromos in Eos.