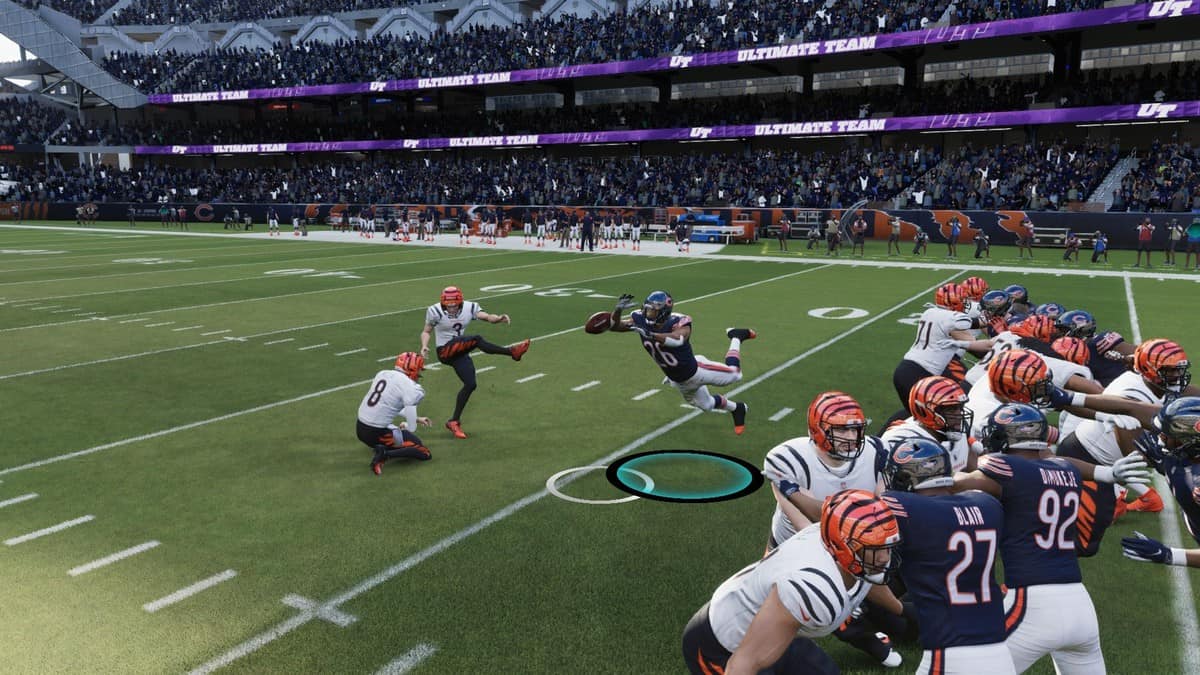 Create a Player feature has returned in the newest EA Madden NFL 22. This feature allows you to create your own player which can then be used in different teams or in Franchise mode. In this guide, we have explained in detail how to create a player in Madden NFL 22.

One way to create your own player in Madden 22 is through the Creation Center from the main menu, while the other is through the Franchise Mode. We have explained both ways below.

Creating your own player provides you with a lot of benefits that range from not only their looks but also their performance and abilities on the field.

Create a Player through Creation Center

Head to the Creation Center which can be found in the NFL option in the Settings tab of the main menu.

After choosing the Creation Center, choose Create Player option which will open the different customization tabs that you can use to make changes according to your need for the player you are creating.

The first tab is the info tab, where you may edit your player’s basic information such as name, number, height, weight, skin tone, and so on.

In the second tab, there’s the opportunity to customize the player. This option allows you to go further into your player’s face characteristics, such as Head Template, Skin Tone, Eye Shape, Jaw Shape, and Hair Color.

You may modify your player’s height, as well as the size of his chest, back, thigh, biceps, and calves, by going to the third and final tab.

Create a Player through the Franchise Mode

To create a player using this method, first, you will need to start a new Franchise mode and then select the option to play as a player instead of a coach.

This will automatically lead you to the Creation tool where you can follow the same steps as mentioned above to create a new player.

However, here you will also get some additional options you can choose when creating the player, such as choosing the main attribute of the player before you get into customization, such as Field General QB, Strong Arm QB, Scrambler QB or Improvisor QB, Power back HB, etc.

In Franchise mode, you will also be able to start with the generated player as the focus, as well as run for the franchise’s face and construct a background for your character, such as starting in high school and so on.