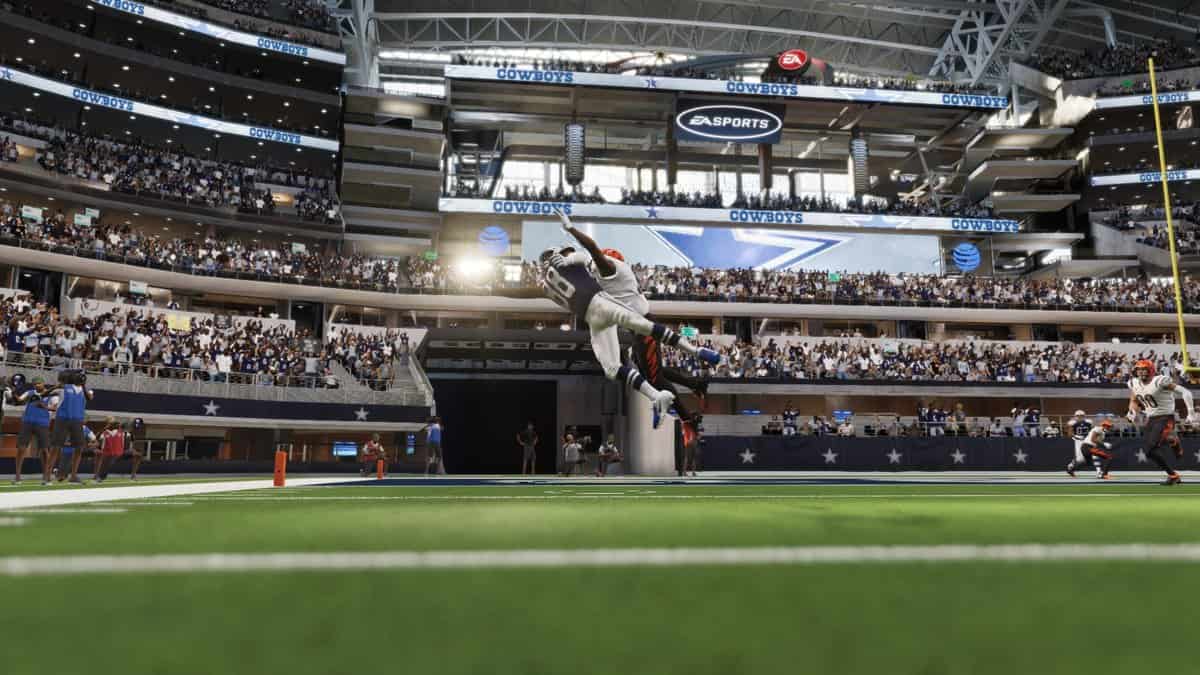 With the new season of Madden NFL 23 right around the corner and lots of new things being added to the game, it will be a tough fight if you want to appear victorious among all the other giants. To help you every step of the way, we have brought to you the best offense tips for Madden NFL 23.

Madden NFL 23 is not for the unprepared and rookies. If you want to dominate this season of NFL and really want to show everyone who is the boss, then you need to properly prepare with proper planning and strategies.

If you want to make sure that you are at the top this season then you can follow the offense tips and tricks we have mentioned below for Madden NFL 23.

If you want to win big in Madden 23 then you must have a good understanding of playbooks. Playbooks define the playstyle you are going to be going in with and doing proper research on playbooks is the best thing to do before jumping into the game.

Use Different Types of Catches

Using different types of catches doesn’t get as much attention as should because using a different type of catch in a certain situation can make your break the game.

There are several types of catches and each one should be used after judging the type of situation that you are in. The first one is the default catch that most people use in all kinds of situations.

The second one is the Possession Catch, which will tell the player to focus on catching and holding onto the ball rather than catching the ball and taking it further. This type of catch is particularly useful when you are surrounded by other players and there is a high chance that you might drop the ball if you try to run.

The third type of catch is the Run After Catch also known as RAC. This type of catch can be used on any type of throw and is best for the situation when you are on a wide-open field and there is a good chance that you can get the ball farther.

The fourth type of catch is the aggressive catch which is an all-out type of catch and the receiver will do everything to catch the ball even if it means jumping over a defender or doing a backflip (just kidding).

The first type of pass is a high pass. This type of pass is particularly useful when you want to get the ball over a high-traffic area and don’t want an underneath player to catch it before it reaches your teammate.

The second type of pass is the low pass that is made for situations when the space ahead of you is clear but there are lots of players behind your receiver, so you don’t toss the ball high enough that a player behind your teammate catches the ball.

A problem with a low pass in Madden 23 is that they are known to be quite inaccurate, and an inaccurate throw is much more likely to be dropped when a receiver tries to catch it so use a low pass at your own risk.

The touch pass is a mixture of low pass and high pass. This is particularly useful when you want the ball to pass over a high-traffic area but don’t want the ball to hang in the air long enough so that the attackers can adjust to your throw.

The fifth type of pass is a Lob Pass, and these are the long-range passes especially for passing the ball to the players at the streak and the post, but you have to time it perfectly otherwise you will outrun your receiver’s catching range.

Lastly, the scramble is the fake pass that will throw the opponent off when they are expecting a throw, but you are just using your quarterback and taking the fall deeper into the field.

In Madden 23, blocking the tight end is just a quick way to get tackled as the game’s programming will automatically send the edge rusher to one-on-one block the tight end and that will most probably fail.

Edge Rusher is a bad pass blocker and sometimes even worse than a right tackle and even if you try to double team the tight edge, he will just go around both of them now rendering two people blocking no one and everything getting dropped on your shoulder with the ball in hand.

This is not one team’s problem, but the entire league’s roster has a low rating for tight end protection and every team will have a hard time blocking the tight end. The best way is to do nothing and let the right tackle handle the tight end on its own.

Stay Inside the Tackle Box

Another thing they added in Madden 23 is that your protection only lasts as long as you stay inside the Tackle Box. As soon as you leave the tackle box, the opponent will break your defensive line and a player will be right on top of you to tackle you in no time.

This is because previously just ran outside the tackle box and ran around then shot the ball across the field, this mechanic will minimize that so if you want your protection to last, you will have to stay inside the tackle box.

Use Play Action to Your Advantage

You have tried everything, but you are not getting better at pass blocking, so this tip is for you. One way to get better pass protection is by using the play action.

Play Action is where the quarterback will do a fake handoff before actually passing the ball. What this does is that it will confuse the opponent and they will take 1 or 2 seconds longer to send defenders in your direction.

These two or three seconds are all you are going to need in order to formulate a strategy and adjust accordingly. So rather than blocking the running back which will ultimately fail, it is best to use the play action and take advantage of the few extra seconds that you get.

This trick will work the majority of the time but if your opponent guesses the play action then you won’t get any extra time and you should be ready to tackle such situations as well.

Following the control for offense in Madden NFL 23