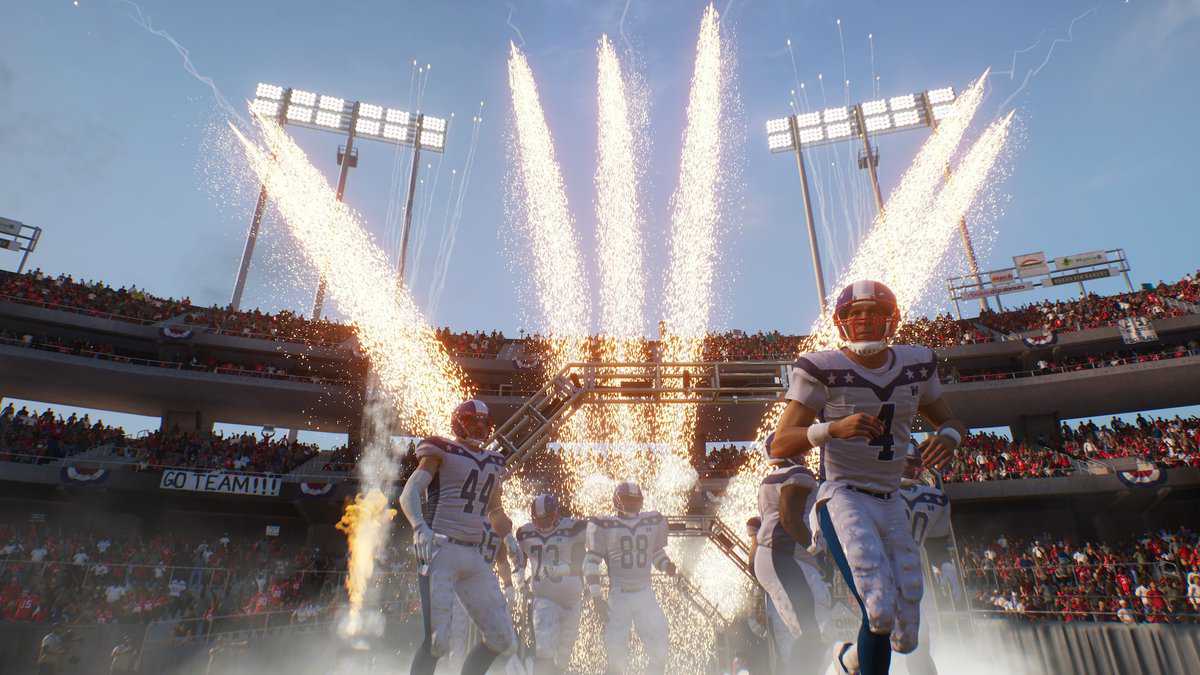 If you’re new to the Madden NFL franchise, passing may seem like a self-intuitive, easy to master, skill in the game. However, veterans of Madden know how much intricacy there is to passing the ball in the field. In Madden NFL 23, a new passing system has been introduced named the FieldSENSE™ Skill Based Passing. This new system gives you even more control over the passing ability of your players.

If you want to learn more about passing in Madden NFL 23, we’ve got you covered with this guide where we’ll be showing you all the tips and tricks you need to know to master the art of passing in Madden.

How to Throw a Pass in Madden NFL 23

Throwing a basic pass in Madden NFL 23 is super easy. When your teammates are in position for a pass, you’ll see a unique button floating over each one of their heads. If you want to throw a pass to a specific teammate, all you need to do is press the exact button that you see above their head.

Now, keep in mind that this is the most basic form of passing. The more advanced forms of passing in Madden NFL 23 have their own unique button combinations.

In this guide, we’ll be showing you all the different types of passing in Madden NFL 23, including the purpose of each pass and the designated button combination for it. But before that, let’s dive into the new Skill Based Passing system in Madden NFL 23.

This Skill Based Passing system gives the player much more control over the passing mechanics of the game. It will allow you to pass the ball with the exact speed and accuracy that you desire.

To access the Skill Based Passing menu, hit the start button on your controller (Esc on PC) and go to Options > Settings > Game Options.

You’ll see a whole category of options under “Skill-Based Passing”. The option that really matters here is “Passing Type”

There are three Passing Types to the new Skill-Based System. According to the game itself, the function of each passing type is:

Before we dive into the specifics here, let’s get one thing out of the way. You should not use the Classic passing type. This new Skill Based Passing system is very easy to learn and it’s significantly better than the classic passing mode that you’re used to.

When you first launch the game, you’ll have to do a tutorial which will introduce you to the basics of Skill Based Passing. This tutorial will allow you to get the hang of things.

But you may still be confused as to what exactly is the difference between Placement and Placement & Accuracy.

To put it simply, the main difference between the types lies in the visuals you see when throwing a pass.

If you choose the Placement type, you’ll see a small circle appear within the shaded circle around the receiver. The shaded circle represents the catch radius of the receiver while the smaller circle is where you are telling the ball to go (using left stick).

In this way, you’ll be able to choose exactly where you want the ball to land within the target area.

On top of that, you’ll have a Power Meter which will show you the exact power you’re throwing the ball with.

If you choose the Placement & Accuracy type, everything will be the same except the Power Meter. The Power Meter will now have three separate colors to it: Yellow, Blue and Green.

These three colors represent the accuracy of your throw. If you land the arrow in the green area, your pass will have the highest accuracy.

Keeping this information in mind, it’s better to go with the Placement & Accuracy type instead of just Placement. It may take you a bit of time to master the Power Meter, but once you do, your passes will become much more precise.

Types of Passes in Madden NFL 23

Now that you know how the Skill Based Passing system works, let’s go over the different passing types (techniques) you can use to make the ball maneuver in the exact way you want it to.

To perform a High Pass, hold LB (Xbox) or L1 (PlayStation) as you’re pressing the respective button of your desired receiver.

As the name suggests, when you perform the High Pass throw, the ball will go high up in the air. This will eliminate any opportunity for underneath defenders to intercept your pass.

The High Pass comes in especially handy when you’re trying to throw seam routes or hitting a receiver present at the back of the end zone.

If you’re using Skill Based Passing, point the left stick down so the smaller circle moves to the very bottom of the shaded zone around the receiver.

If you do so, you will perform a Low Pass which will place the ball in front of the receiver. This will prevent you from getting intercepted by defenders that are behind you.

To perform a Bullet Pass, press and hold the respective button of your receiver. This is probably the most used type of pass in the Madden franchise. You might be using the Bullet Pass already without even knowing.

When you perform a Bullet Pass, you will throw the ball to the receiver as fast as you humanly can.

Performing the Touch Pass is very tricky. To perform it, you need to press the respective button of the receiver, hold it for a very specific amount of time, and then let it go.

The Touch Pass is only worth using in very specific situations. Ideally, it’s supposed to be used when you want to throw the ball over and subsequently under the defenders, without the ball having too much airtime.

To perform a lob pass, all you need to do is tap the button of the receiver you’re passing it to.

The main purpose of the Lob Pass is to throw deep balls to your receivers on streaks and posts. But one thing to keep note of is that since you’re lobbing the ball, it will stay up in the air for a while.

So if you mess up the timing and throw the Lob Pass too late, you will go beyond the throwing range of your quarterback. If this happens, the opposition will have a free interception.

To perform a Pump Fake, simply double tap the button of the receiver. This will make your quarterback perform a fake pass, fooling the opposition into thinking you’ve thrown the ball across the field.

Another variation of the Pump Fake is to simply just toss the ball away from you by clicking in on the right stick of your controller. This is another way of completely fooling the opposition.