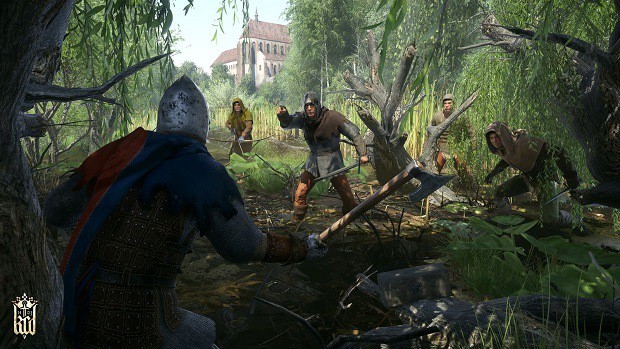 Kingdom Come: Deliverance is the next big deal. Critics and players around the world are praising the depiction of the historical accuracy of the game, the vast and beautiful world that it has to offer, and the realistic and deep combat gameplay.

However, the game isn’t without its flaws as many players have reported a lot of technical glitches during the course of the game which the developers are keen to improve with subsequent patches like the 23 GB day-one patch. Technical consistencies aside, the players also aren’t at all okay with how saving your game works in Kingdom Come: Deliverance.

The game has no Manual Save option, like many other open-world RPGs do, understandably so because of the sheer amount of hours spent on these types of games. Instead, the game Auto-Saves on certain points which aren’t 5-10 mins apart but in some cases even hours apart.

You can also save your game by sleeping but tell that to the player who’s in the middle of a war! Finally, there’s yet another way to save the game manually which is by consuming a Potion but these so-called Saviour Schnapps (pun intended, by the developers I guess) are expensive and available through some traders or able to be brewed once a high-level of Alchemy is reached and the sufficient materials are gathered.

Feel free to check out our detailed guide on Savior Schnapps and How to Brew it.

All of this is still far from satisfying the person who’s in the middle of a war!!! (Come on, combat is really challenging in the game, you know) Hence, we have the mods. (At least for you PC guys; for the console owners: tough luck).

These mods allow you to save games manually and also add other improvements like increased Frame Rate after players reported FPS stutters in action-heavy areas of the game.

Additionally, more mods are being added for other minor issues with the game so there’s a reason for you to be happy and we’re doing most of the work for you because here’s the complete guide for installing and applying these Kingdom Come: Deliverance Mods to your copy of the PC version of Kingdom Come Deliverance:

All the mods can be found on NexusMods. Right away, you can notice that the first mod on the website is titled ‘Unlimited Saving’ and it does exactly that! For other mods which don’t have similar self-explanatory titles, no problem, each has a few lines of description underneath the title.

Anyways, once you choose a mod to download, head over to the tab titled ‘Files’ and download the contents. Extract the ‘.pak’ file and copy it to the same folder/destination which has your game files. For Steam users, it will be in the ‘Common’ folder inside the ‘steamapps’ folder.

Steam copy or otherwise, you’ll need to go into the ‘data’ folder of your Kingdom Come Deliverance folder and simply paste the copied ‘.pak’ file in there. This method works for most of the mods, ‘Unlimited Saving’ and ‘Easy Lockpicking’, just to name a few.

The other ones like ‘Bow Dot Reticle’ which allows you to have that dot for aiming and targeting on screen even when drawing the bow, works slightly different in its method of installation of a mod but don’t worry, each mod on the NexusMods website has instructions to install it in the description.

Mods like this one will prompt you to create a ‘.txt’ file in the ‘bin’ folder of the game and rename it to ‘user.cfg’ and type different command lines into the file, commands which you can find easily in the description of each mod. You can find more of these command lines on this website to add other improvements like smoother FPS during cutscenes and for higher FPS during gameplay as well.

All of these command lines are copied and pasted as they are to the ‘user.cfg’ file I talked about earlier. Mods like these can help stabilize a lot of the issues gamers might be having with the copy of their game and with an already large fan base and the game’s popularity more mods are soon to follow for other aspects as well like for tweaking graphics etc. Boy, who knows, this game could look magical at the end of the day and play even better.

This is all we have in our Kingdom Come: Deliverance Modding Guide. Found anything confusing or missing, feel free to let us know in the comments section below!