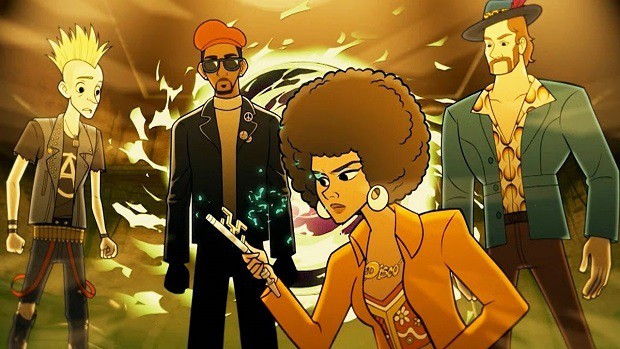 Players must have noticed the amazing Katana wielded by Pam Grier in Infinite Warfare Zombies Shaolin Shuffle. Thankfully, they can unlock the weapon for themselves and since a kung fu game wouldn’t be complete without a katana, it is pretty much a must-have weapon.

For more help on Infinite Warfare Zombies Shaolin Shuffle, check out our Pack-a-Punch Guide, Easter Egg Completion Guide and How To Turn On Power Guide.

In our Infinite Warfare Zombies Shaolin Shuffle Katana Guide, we have detailed everything you need to know about unlocking Pam Grier’s Katana and use it as your personal weapon to cut through zombies.

Unlocking what is undoubtedly the best weapon in the Shaolin Shuffle DLC is not particularly difficult but it does require players to have some knowledge of the map as well as requiring them to have made progress through the zombies campaign. In order to unlock the weapon for personal use, players need to complete the Easter Egg and then watch the ending cutscene. Once players have done both, either solo or in co-op with other players, the katana can be found in the Black Cat Dojo.

The Katana can be bought from the station to the right of where Pam Grier usually sits in the dojo and can be bought by everyone in the team. Afterward, the Katana’s deadly power can be used in combat as part of a 3-combo attack. The first two attacks are a regular melee that do a cleave attack, killing multiple zombies in one strike. The third attack is a rechargeable blast of spectral power which wipes out pretty much all the zombies around the player.

The Katana, like other weapons in the game, can also be upgraded at the Pack-a-Punch station. Players simply need to go up to a station and then upgrade their weapon. Upgrading the Infinite Warfare Zombies Shaolin Shuffle Katana the first time will also unlock the Sliced and Diced achievement for the player.

This is all we currently have on Infinite Warfare Zombies Shaolin Shuffle Katana guide but if you would like to add more, share in the comments below!