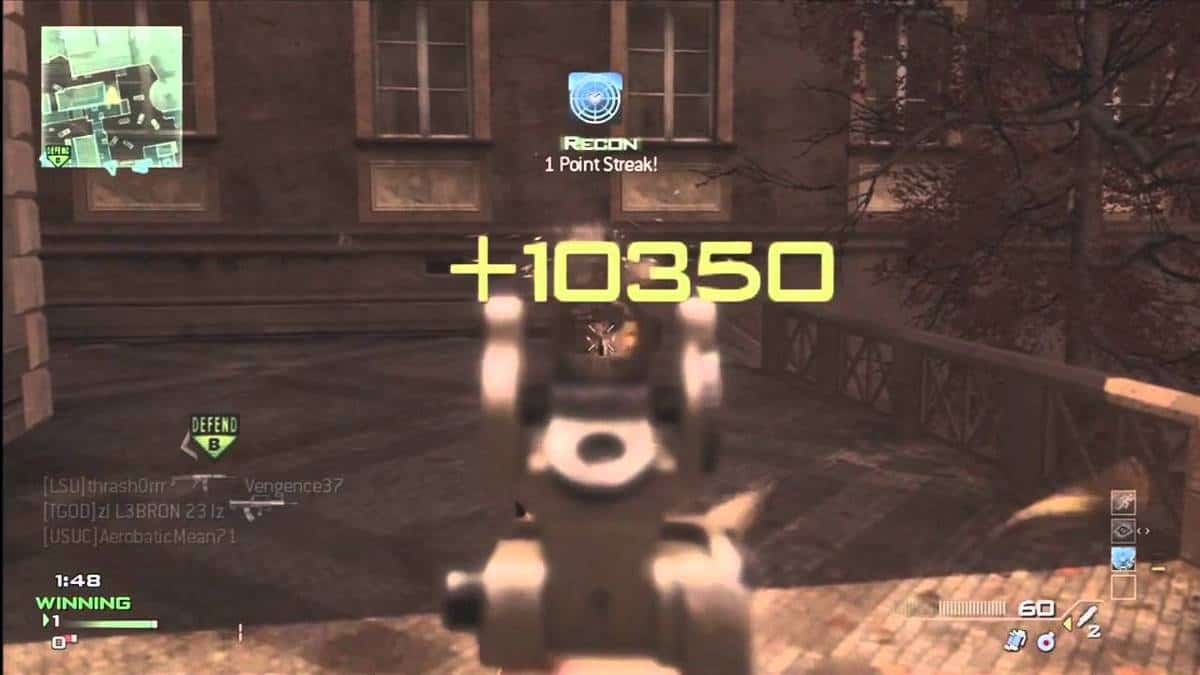 It won’t be easy to get 10th Prestige in Modern Warfare 3 but there are ways you can do it fast. Leveling up in Modern Warfare 3 would not only get easy but also fast if you follow our general guidelines. These are simple strategies that would help any newbie or a veteran to level up in the game and unlock all the weapons and equipment. So if you want to learn how to rank up fast in Modern Warfare 3, read the tips below.

Avoid playing Team Death Match to boost your XP. Instead, focus on Domination, Search and Destroy, and Kill Confirmed.

Kill confirmed will allow you to get a lot of XP since you will be denying and confirming tags and you will also get 250XP for your own tag. While Domination will let you get 50XP per kill and 150XP for getting a point, while there will be no maximum point, while you will also get through gun levels and get more XP, and that too, faster than any other game mode that is available in the game

Focus On Objectives
Get the K/D ratio out of your head and focus on your objective. If you want to level up fast, you need to earn XP and getting kills is just one way to get XP in Modern Warfare 3. There are like 100 other ways you can earn XP so put your objectives and winning the match first over your kill Streaks.

It doesn’t matter which ever mode you play, contribute more towards winning the match. Don’t go on rampage looking for kills, it’s a glorious way to showcase your one-on-one skills but a slow process to level up in Modern Warfare 3.

Choose The Support Class
If you are new to Modern Warfare 3 – I can hardly imagine any one being but let’s just say if you aren’t skilled enough or want to level up fastest, opt for the Support Class.

Most of the skilled players will go for Assault, picking Support will give you an overview of the players and helps you find the enemy players, defend the objective well, and trap the enemies.

Choose Low Kill Streaks
If you are to choose Assault load-out or any other kill streak load-out, make sure you choose low kill streaks. They may reward you lower XP but they are also less risky since they require lesser kills. Less Kills requirement ensures more kill streak rewards in a match, which in turn, gets your more XP.

If you’re using Slight of Hand, go ahead and constantly change your weapons so that you can complete challenges faster.

Recon’s challenges look difficult but they’re quite easy if you’re using the right setup. You will need flashbangs and grenade launchers along with the xm25, for whence you’re playing Domination.

When you’re using Scavanger, get those blue ammo packets! Though once you’re gotten the Pro Version, the challenges will get considerably more difficult, since you will already have max ammo and you will not need more ammo

Get Hardline as your second tier perk. I am assuming here that you have set the low kill streak rewards and when you choose hardline, two assists count as one kill. Making it easier for you to earn those low kill streak rewards and more XP because you aim here is to level up faster. You can also use Hardline Pro with Recon for a max effect and try spamming explosives while you’re doing this

Hardline would get you more kills with easy assists. If you have chosen the Support Load-out, you would know the enemy locations with UAV/CounterUAV, so you can easily score assists by flashing these enemies.

Use Quickdraw for extremely easy kill challenges. Go ahead and max this challenge out since the perk is quite good, you can also stack this with the Base Stalker challenges for an extra boost.

Use Assassin since it has a passive challenge and you only have to equip and play the game until you’re done with all of the challenges. It is also a very good perk which will make your game quite easier. Go ahead and kill some enemies and get the UAV spam, especially if you’re playing Domination. Consider using a silencer since that will save you some trouble.

Finally, you can choose Dead Silence as your third tier perk. It complements your other defensive perks for leveling up fast. Your enemies can’t hear your footsteps, you already know their location, so what happens next ? There was a catch though, you won’t be able to unlock it during the early levels.

You can combo Dead Silence Pro with Extreme Conditioning Pro to get 30,000XP in one Domination game.

Employ Steady Aim while you have a shotgun, an SMG with rapidfire and spam your way through. You can also pair Steady Aim Pro with Extreme Conditioning, though stop at 80 kills if you opt for this combo.

Use Markman on an assault rifle with a red dot so that you can complete all the marksman challenges quite easily. Though stop at 125 kills so that you may complete other missions first.

So, you would have to choose between Sitrep/Stalker. I would go for Sitrep since it would save you from the enemy explosives like claymores, Bouncing Betty and C4 – Newbies tend to use this a lot and due to the surprise element involved, you can fall victim to these explosives.

Best Load-out To Rank Up Fast
Your best load-out would depend on your game style. Remember the above general tips and strategies to rank up fast in Modern Warfare 3 and choose your load-out that compliments the above tips and your game style. It would be hard but you will find a good combination.

Start with a weapon and complete all its challenges and move to the next weapon. Do the same with attachments on. The good thing about completing challenges is, you earn a huge amount of XP, which in turn, helps you level up fast in Modern Warfare 3. You can choose attachment Proficiency to do two challenges at once to speed things up.

Play Headquarters
It gives you the most point in any game mode. More XP you earn, the more levels you unlock.

Play Team Defender
In Team Defender, when you hold the flag and get the kills, you get double XP for those kills. This helps you level up fairly quickly just by playing through this mode.

Don’t forget to share your own MW3 level up tips with us in the comments below.