How to Mount Caragors in Shadow of Mordor, Combat Moves and Tips 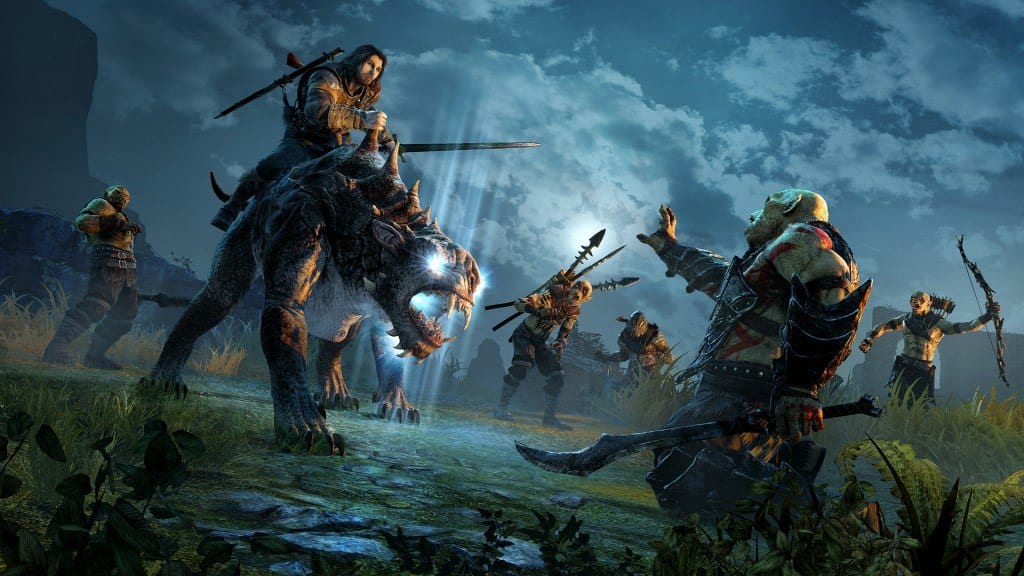 In Middle-earth: Shadow of Mordor, Caragors are monsters oddly resembling a lion-wolf hybrid. These monsters roam the lands of Mordor and mercilessly rip everyone in their path to shreds.

Being the smart one, Talion can use these creatures to his advantage in combat and free-roaming. In this guide, I will talk about how to mount Caragors and how to use them in combat effectively.

Like always, if you have any question, post them in the comments below, and I will get back to you!

How to Ride Caragors?
In order to ride these monstrous creatures, Talion needs to have Ride Caragors Ability.

After unlocking this ability, stand on a platform directly above the Caragor and press R1/RB to jump and hop over the creature. This will trigger a mini-game and players will have to move the cursor into the circle followed by pressing the displayed button.

Successfully complete this game and Talion will be able to ride Caragor. Do note that even if you dismount a Caragor after riding it, it will show you utmost loyalty and will fight alongside you until its death.

Caragors have their own unique moves to attack during the combat which are explained in the section below:

How to Use Caragors in Combat?
Now that you know all about different attacks at Caragor’s disposal, let’s discuss what to do with a Caragor when it is not loyal to you. Throughout your journey through Mordor, you will come across these ferocious creatures locked away in prisons.

You can shoot the lock on their cells and see all seven hells break loose on the enemies of Mordor. Ofttimes, the orcs will manage to kill the creatures, but even in that situation, you will have plenty of time to plan your strategy.

One of the best ways to use Caragors is to use them while capturing strongholds. If you see these creatures locked in a stronghold, set them free and see it take out most of the enemies before going in yourself.