How to Level Up Fast in Sekiro Shadows Die Twice – XP Farming, How to Increase Attack Power 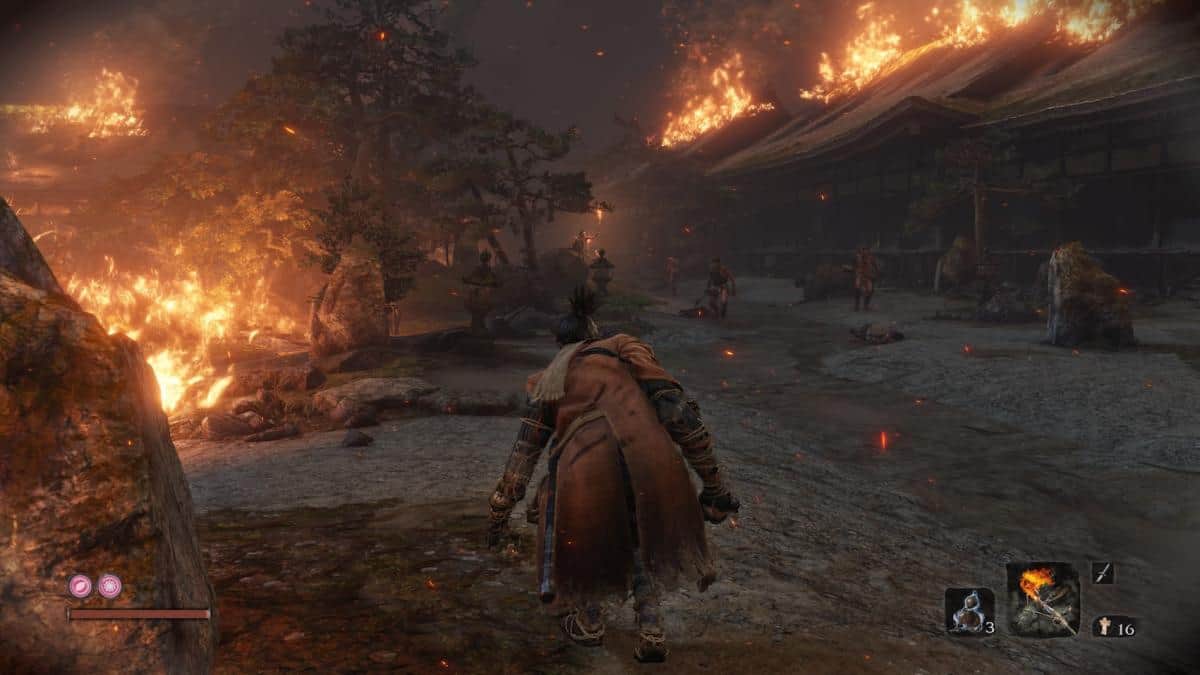 Although the crux of the leveling up and progression system of Sekiro: Shadows Die Twice has been revamped in comparison to Dark Souls series and Bloodborne, killing enemies still takes the major share of XP and consequent unlocks.

These include abilities and to help with acquiring new ones, at least early in the game, we have detailed the best farming routes and tips below. Here is a detailed guide on how to level up fast in Sekiro: Shadows Die Twice.

How to Farm XP and Rank Up Fast in Sekiro

Like Dark Souls and Bloodborne, farming for XP revolves around dealing with a group of weak enemies in a prescribed area repeatedly.

This works optimally up to a point where the leveling upscaling kicks into play and even two repetitions of a single level will not be enough for significant progression.

However, for those early levels, you can earn enough XP to unlock new skills and ways to up your offensive game.

Do note that dying should be the one thing you need to avoid at all costs since every death halves the amount of XP you are carrying at the time of the death.

Instead, if you feel like you are in danger and the next hit, no matter where it comes from, can end your life, you should retreat to the nearest Sculptor’s Idol (Sekiro’s version of the Bonfires) and regenerate your HP.

Thus, in such a case, it is better to put in a little more effort than losing your hard-earned progress because you were rushing things along.

We will highlight three ideal spots for leveling up fast in the early game of Sekiro: Shadows Die Twice. For all the areas, you will first defeat a handful of enemies, return to the Sculptor’s Idols to regenerate health, and revive enemies thus allowing you to perform the feat multiple times until you call it a day.

Ashina Castle: Honjo Area
The whole course of the run will take you around 4 minutes and allow you to earn 500 Skill Points per run. Take the main gate in the described area and then ascend the hill, killing the foes in the path.

After killing the four enemies up the slope, grapple to the right side of the hill, and onto a rooftop where you will kill another foe before killing the guards and dogs below.

Now you need to return to Sculptor’s Idols and repeat the whole procedure above for earning XP again.

Do note that on your first run, you will need to defeat the mini-boss General Tenzen Yamauchi.

Main Hall of Hirata Estate
After dealing with *Juzou the Drunkard*, you can farm this main area of the Hirata Estate starting at the Sculptor’s Idol in the Audience Chamber.

Near the building ahead, first, take down the archer silently and then the two shielded dudes, again, sneaking from behind.

Now proceed to eliminate two enemies to the side of this building until you reach a pond. To the opposite end of this water body, you will face another mob of foes.

We recommend to deal with the two archers first every time and then battle against the other enemies. Lastly, head inside the building next and take care of the four enemies.

This ordeal will take you around 3 minutes in total and each foe will help you earn 35 XP per kill, provided you are at the earlier levels.

Return to the same Sculptor’s Idols you started from or go to one in the Main Chamber. Repeat the process again for farming XP.

Fallen Valley Area
This is one of the more quicker ways of acquiring XP as you can get about 320 Skill Points in a minute that it takes you to finish through the farming route. Simply grapple onto the area with the enemies from where you rest at the Sculptor’s Idols.

These are just two soldiers in total we are talking about, so eliminate these, return to rest, and renew the course.

Although you will not be able to level through many ranks through this farming method when you are at the earlier stages, you will definitely use the easy-enough way of acquiring skill XP.

This is all we have in our Sekiro Leveling Guide. If there is anything else that you would like to add, be sure to let us know!