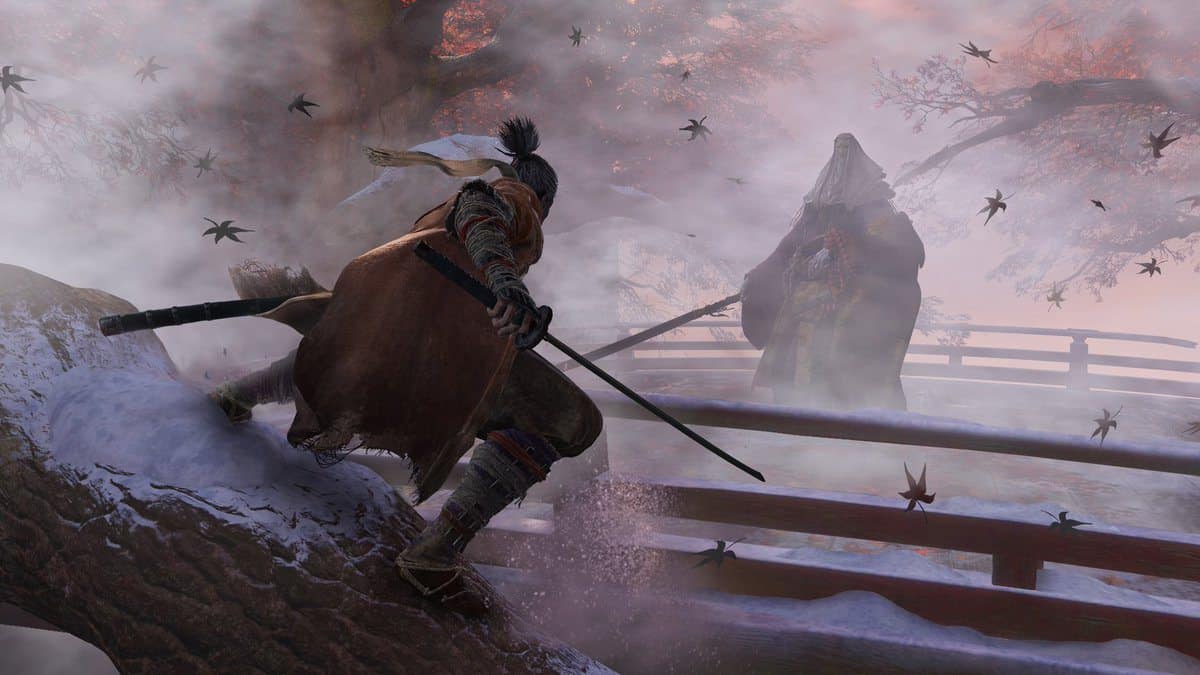 Death has always been at the core of Dark Souls and Bloodborne games. And Sekiro Shadows Die Twice is no exception.

In Dark Souls games, players were punished for dying by a loss of earned Souls and reduced HP bar. But how does Sekiro punish players for dying a lot?

Our Shadows Die Twice Death Guide will answer all your questions regarding death effects, resurrection mechanic, and Dragonrot effects.

Similar to SoulsBorne games, you will die a lot in Sekiro from almost everything except the fall damage. The increased focus on verticality in Sekiro has ensured that you take minimal fall damage.

Every time that you die and respawn from a Sculptor’s Idol without resurrecting, you lose a portion of your money and belongings. What percentage you lose depends on a hidden blessing called Unseen Aid.

This reduces your losses by 30%. Unseen Aid can be increased by surviving but it can also be decreased every time you die.

Here is the part of the Sekiro death mechanic that is very important. It is also Miyazaki’s sadism showcased to its fullest.

Dragonrot is a disease that spreads in the Dilapidated Temple when you rack up too many deaths. The disease spreads among the NPC allies that you meet along the way.

You will be notified of the Dragonrot every time you are sent back to the Dilapidated Temple after dying one too many times.

The disease itself not only leads to the eventual deaths of your friends, but it also halts their questlines, denying you access to lore, fun side missions, and possibly cool rewards as well.

The chances of each NPC being affected differ by each character. Although the Sculptor will be the first to be afflicted, every time you respawn at the Sculptor’s Idol is an increased chance of spreading the disease. It also affects your Unseen Aid negatively.

After making acquaintances with an NPC named Emma, you will be able to cure your disease-ridden friends. This is done by taking their Rot Essence to her in the form of a blood sample.

She will give you the Dragon’s Blood and a Recovery Charm that you can then use at a Sculptor’s Idol to cure your sick friends. Be warned because you will have to go through this process repeatedly if you keep dying.

The Recovery Charm is used to cure a selected ally afflicted and the Dragon’s Blood droplet heals everybody while simultaneously recovering your Unseen Aid back up to 30%.

A mechanic so badass, the entire game is named after it. Resurrection is a mechanic in Sekiro Shadows Die Twice that allows Wolf to come back to life on the very spot he died.

The ability is fueled by Resurrection Nodes, two of which you are able to have. They technically act as lives that way.

Filling these nodes can be done in two ways. Resting at the Sculptor’s Idol or killing enough enemies to fill them up. There is also a third option of dying fully and respawning but at the cost of your hard-earned XP.

How to Use the Resurrection Mechanic?

You can use the ability to trick enemies into thinking you are down for the count. Once their backs are turned, you can not only get up and run into hiding, but you can also land a Stealth Deathblow on them.

Not to mention the ability is hella useful to continue a boss fight with some health without needing to start over from the beginning. Keep those nodes filled up!

We hope our Sekiro Shadows Die Twice Guide help you understand the death mechanic, Dragonrot effects, and resurrection mechanics. If there is anything else that you would like to add, be sure to let us know!