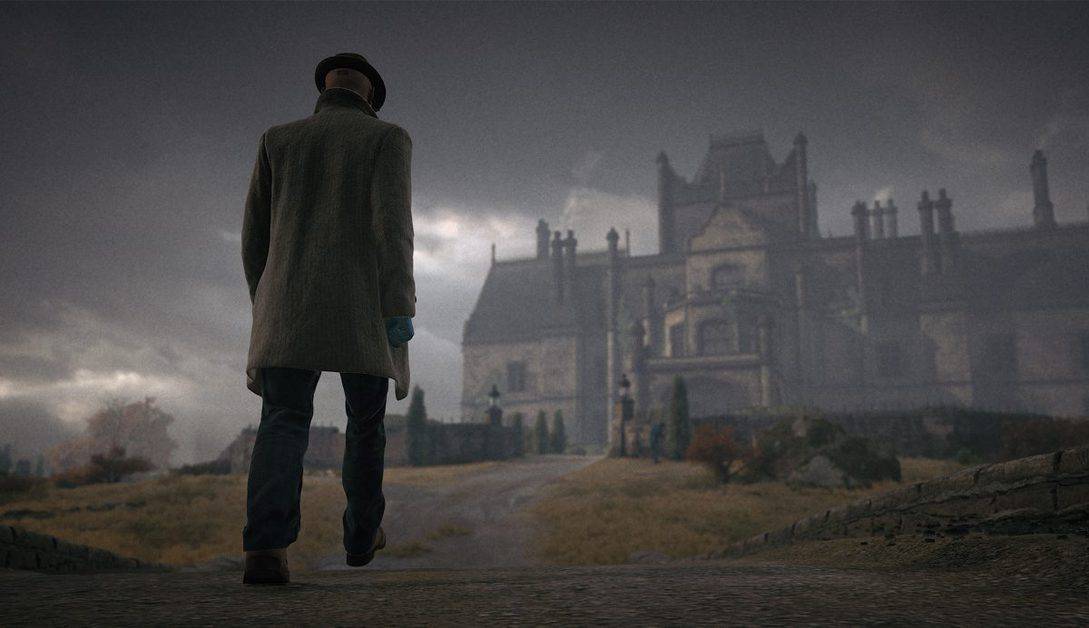 Hitman 3 offers the players countless ways in its sandbox to approach and eliminate the targets. In this Hitman 3 Dartmoor Walkthrough, we’ll be showing you how you can eliminate Alexa Carlisle using different routes found in the game.

Hitman 3 Dartmoor Death in the Family

Agent 47 finds himself at the Thornbridge Manor in Dartmoor, which has been home to the Carlisle family for generations. The family seems to have gathered to host a ‘fake’ funeral for Alexa Carlisle.

The target’s prepared for 47, and has thus increased the guard detail around the manor. Luckily, backup can’t be called due to Mr. Grey operating the field HQ to take care of all incoming calls coming out of the estate.

Below are three methods or mission stories you can choose to take care of Alexa Carlisle in Death in the Family mission of Hitman 3.

Carlisle seems to have hired a Private Investigator for purposes yet unknown.

You can try to sneak past the bushes around the main gate to follow the path up the broken wall. Continue to head right once you get by the parked cars and move forward into the next set of red bushes.

Climb up from the red bushes and move in to the window to your right; this will bring you inside the estate.

You’ll find the Private Investigator coming towards you shortly; this is your chance to deal with him and take his place to get close to Alexa Carlisle.

Once disguised, you’ll meet Alexa Carlisle right by the entrance inside of the Thornbridge Manor. She’ll task you with assisting her in a crime scene and give you the Butler to assist you in any way possible.

Follow Fernsby the Butler
Continue to follow the Butler up the stairs, and he’ll brief you regarding the details of the murder mystery.

You’ll find that Zachary, Alexa’s younger brother, has allegedly taken his own life. Something that Alexa can’t swallow and wants you to investigate.

Investigate the Crime Scene
Use the camera once inside the room to find out what exactly transpired. You’ll soon learn that there was no suicide and that all evidence points to the contrary; he was murdered.

Check the laptop, and you’ll find a shopping list. The second piece of evidence is Zachary’s suicide note left on the table near the laptop.

Pull the book on the shelves in the Southern part of the room to reveal a hidden passage. You’ll find the floorplans of the Thornbridge Manor in this hidden passageway.

Brief Fernsby Regarding the Murder
Talk to Fernsby and he’ll tell you that the only people in the mansion during the time of murder were him and Carlisle.

He also confesses that he has no alibi; however, he does provide you with a list of possible suspects and their quarters.

Talk to Patrick Carlisle
Patrick seems to claim that he was with a staff member named Rosie at the time of Zachary’s death.

He thinks that Zachary was creepy as hell and suggests that he might have just offed himself based on his own condition. Patrick seems to think that Fernsby could’ve done it as well.

Talk to Gregory Carlisle
Question Gregory regarding his alibi and he’ll tell you that he left Thornbridge at 8:30 to have a pint with Edward, well before Zachary was alive.

Gregory seems to back up Patrick’s point-of-view regarding Zachary Carlisle. He, too, thinks that Gregory was a bore and lonely.

Talk to Emma Carlisle
Emma will tell you that she was with her family but took off to bed at 8 O’Clock because she was feeling ill.

She seems to think that Zachary was an awkward person and was depressed at the time. She calls out Alexa for Zachary’s self-limiting behavior.

Talk to Rebecca Carlisle
Confronting Rebecca, she’ll tell you that she was on her laptop on a conference call with her office in New York for 3 hours since 9 O’Clock.

Rebecca thinks that Emma wants to get her hands on the Thornbridge Mansion in Dartmoor and that she was shocked to see her mother alive.

Rebecca thinks that Zachary was very chatty last night and was asking her about her connections in the publishing business. Zachary also had a friend who was writing a book, which strikes Rebecca as odd considering Zachary barely had any friends.

She also saw Fernsby leaving Zachary’s room in the afternoon. Turns out he was startled to find Rebecca there.

Talk to Edward Carlisle
Edward will tell you that he was at the local inn last night and that he didn’t expect Zachary to commit suicide.

Edward doesn’t seem to have anything important to add except that Zachary was indeed very lonely with his plants, which falls in line with everyone else’s opinion of Zachary Carlisle.

Scan the Footprints
Head outside the sitting room and you’ll find footprints on the terrace. Scan them as they’ll be handy in discovering a key suspect.

There’s also a Bulldog Cane lying around that you need to investigate.

Pick up the Letter on the side-table next to the bed which shows that Emma is an illegitimate child of Alexa’s late older brother Montgomery. Emma’s mother writes in the letter that she saw Alexa and Zachary murder Montgomery.

Once you’ve found all four clues, head out of the room.

Search Rebecca Carlisle’s Room
Make your way to Rebecca’s room, and use the open window to the right of it to shimmy your way along to find an entrance.

Investigate the laptop in the center of the room to see that Rebecca was indeed in a conference call, which confirms her alibi.

Scan the notebook to find the final clue in Rebecca’s room.

Talk to Rosie
Confront Rosie and she will confirm that she was with Patrick, but he seems to be ignoring her.

Rosie only saw Emma outside suspiciously coming out of the greenhouse, and the old lady confirms Emma’s thirst for taking control over the Thornbridge Mansion.

Search Fernsby’s Office
You’ll find Fernsby’s office closed. Head outside the window and grab a crowbar from near the van where the maid and guard are having a conversation.

Use it to break into Fernsby’s office.

Pick up the Master key on the shelf to the left. This gives you access to all locked doors in the manor.

Pick up the list on Fernsby’s table and you’ll also find Zachary’s burnt diary in the fire-place.

Mr. Fernsby’s pills can be lethal but aren’t the murder weapon used to eliminate Zachary.

At this point, you can convict the butler for murdering Zachary, or continue to investigate the matter further.

Search the Greenhouse
The Greenhouse is located West, outside of the Thornbridge Manor. Wait for the guard to move away from the Greenhouse or distract him. Enter using the crowbar and take a look around.

Scan the open book on the table at the Northern part of the Greenhouse.

This will show that Emma is indeed the one who murdered Zachary Carlisle. Investigate the broken equipment as well.

Report to Mr. Fernsby
Head to Mr. Fernsby inside the manor and tell him that you’re ready to present your conclusion regarding the investigation.

He will take you to Alexa Carlisle. Wait in the office and Alexa will eventually come by.

Ask for your reward, which can either be money or Arthur’s file. Choosing Arthur’s file reveals who you are, and gives you an opportunity to eliminate Alexa

You can also get the case file yourself by using the switch on her chair. The safe combination can be found by investigating clues around the room. If you’d like to find it yourself, don’t read the line below this.

Kill Alexa Carlisle
Go to the balcony where Alexa is and eliminate her. Hide her body out of sight and make your way back to the exit. You can just push her over for an ‘Accidental Death’.

A Day to Remember

Disguise Yourself as the Photographer
The Photographer frequents the table with the water bottle near the fountain. Poison it to take him out and disguise yourself.

Find the Fuse
Go inside the manor and continue East from the sitting room. Head into the room where the Private Investigator first steps in and you’ll find a missing fuse in the storage room that can be used for the camera.

Take a Photo of the Staff Member
Test out and adjust the camera by taking a picture of the staff member. She will then proceed to call down the Carlisle family for a photo.

Take the Family Photos
The maid will inform the family and bring everyone down for the family photoshoot. Take the photo and Alexa will ask for discretion regarding everything happening at the Thornbridge Manor.

A special kill can be achieved by using the extension cord behind the chair and waterline on the left side of the fountain. When Alexa pulls the camera trigger, she will fry herself in the process.

Head Outside
You’ll find a maid talking about the arrangements for the fake funeral, South of the Thornbridge Manor.

Get Rid of the Birds Nesting in the Graveyard
Eliminate the birds by using your Silverballers and then proceed to the next part of the mission.

Soon, Madam Carlisle will start making her way to ‘Her Final Resting Place’.

Disguise yourself as the Undertaker
Go to the Undertaker next to the dugout grave. You can knock out the gardener to clear any potential witnesses from the area.

Bring out the Undertaker into isolation and take him out. Disguise yourself and inform the staff member that you’re ready for Alexa.

Wait for Alexa Carlisle
To take care of Alexa, wait for her to step in front of the grave. Kick her in and use the shovel to fill up the grave. This will finish the ‘Her Final Resting Place’ playthrough of Hitman 3 Dartmoor location.