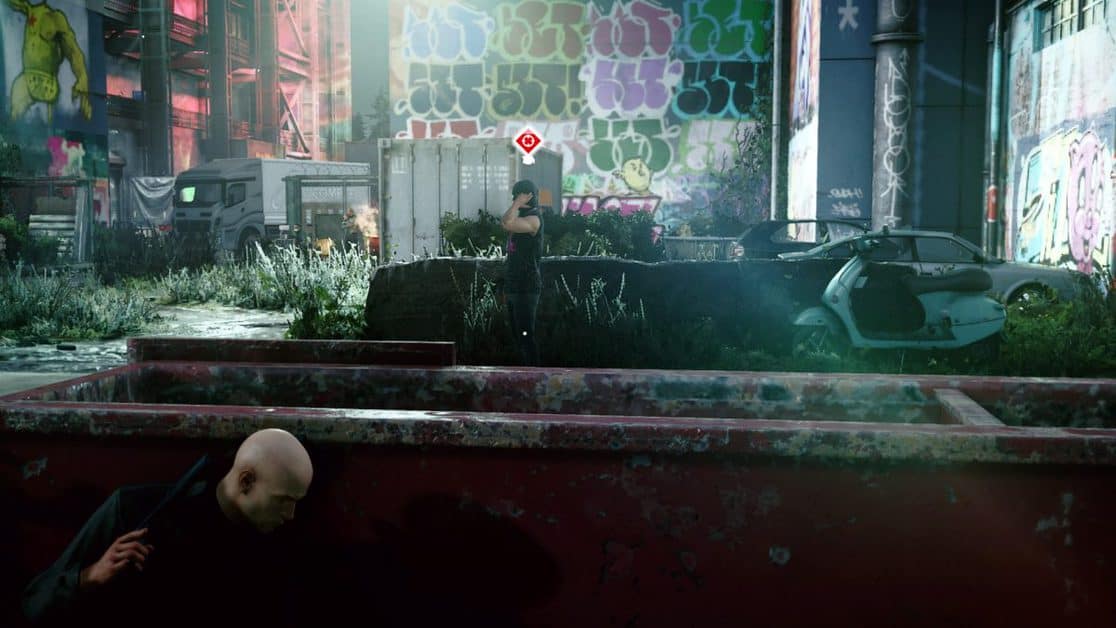 In this Hitman 3 Berlin Shortcuts Locations guide, we’ll help you locate and unlock all 3 shortcuts in Berlin in Hitman 3.

There are several shortcuts spread throughout the maps of Hitman 3. The purpose of having these shortcuts is to encourage you to explore the map.

The search for shortcuts will send you places that you won’t usually wander around under normal circumstances.

There are a total of 15 shortcuts spread out in different regions of the map and approximately 3 shortcuts in each region.

This guide will focus on the shortcuts found in Berlin. There are three kinds of shortcuts. It could either be a door, a ladder, or a vent.

However, locating these shortcuts won’t be sufficient and you’ll also have to unlock them.

Therefore, before wasting any time, let’s get to locating them and then unlocking them.

Entrance Backdoor
As the name suggests, this shortcut will lead you to a door. The door is located on the backside of the club.

The door however can only be opened from inside.

Once the door has been unlocked, it can be accessed from the outside as well. To enter the club, you need someone to get you in.

Luckily, that someone happens to be an NPC and he’s standing outside the club and is on a call with someone.

All you have to do is fetch him is allergy pills and he’ll get you in. His pills are in the basket of a cycle that is standing near the cars.

Once he gets you in, head to the back of the club and unlock the door. Now, you can even sneak in weapons from that backdoor if you want to.

Biker Basement Door
Find your way to the containers near the juice corner. Locate a delivery boy in the vicinity and put him to sleep.

Change into his clothes and pick up his keys before heading through the gate on the left.

Also, don’t forget to dump the body in the dumpster after you’re done with it.

After you enter the gate, you’ll see the delivery boy’s motorcycle. Open up the box attached to the motorcycle and then ring the bell.

When the shutter opens, a biker will come for the food inside the box behind the motorcycle. Kill him and then change into his clothes.

Make your way downstairs and you’ll see the door on the left.

Skylight Ladder
The ladder cannot be accessed without a crowbar. The crowbar could be found on a huge red container near the NPCs sitting around the fire.

Then head back and climb onto the roof using the container near the truck. Next, climb the ladder on the wall a little to the left and then continue straight.

There’ll be an opening in the roof allowing you to jump inside the building. When jumping down, you’ll immediately see the yellow ladder.