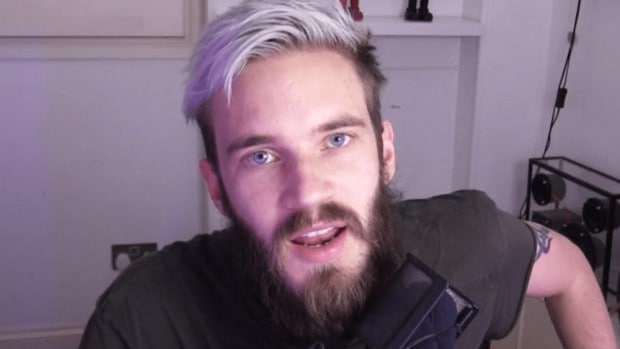 Update: Ubisoft has provided the following statement to SegmentNext:

She is part of the production team of The Division working at Ubisoft Massive. She later posted a string of hateful Tweets branding PewDiePie a white supremacist, a hateful person, and accused him of promoting anti-semitic values.

Gaming Industry: I’m going to need you to end this dude. You know EXACTLY who you are.

Cut ties with him… NOW.
https://t.co/MLvDORzOtJ

As far as we know and anyone with even a little knowledge of video games and pewdiepie would, in fact, know that his channel has very little to do with video games. He rarely plays video games and isn’t sponsored by any of the big publishers, especially Ubisoft. EA, Activision, Bethesda, all of the big players have nothing to do with the content produced by PewDiePie.

So it isn’t clear what exactly does this person mean when saying “end this dude.” One can probably look at this and say Dianna is talking about his career, however, it isn’t exactly what she posted on Twitter.

Is “end this dude” a concealed threat? It isn’t clear who is she speaking to since the gaming industry has nothing to do with PewDiePie.

Saying hes a comedian is being ignorant to what comedians do.

Saying hes being satiric is being ignorant of what satire is.

PewDiePie’s “shitty behavior” is giving a shout out to a random channel that once created an anti-semitic video. PewDiePie later apologized for this and explained that he didn’t check to see every single video posted by the channel before giving it a shout out. He does not support anti-semitic values nor does his channel promotes it.

PiewDiePie gives shout-outs to a number of smaller channels every now and than. And if one of these channels exhibit bad behavior and values in one video, it isn’t PewDiePie’s responsibility at all.

The media is consistently trying to paint him as the villain and it has become clear they won’t stop until irreparable damage is done to his career. Not a single one of the popular media outlets reported when PewDiePie donated money to support Indian children. The internet hate train fueled by social justice warriors and a handful of media outlets likes to dig up dirt and end careers.

The Kevin Hart situation is a great example of this when an old Tweet was used to push him out of the Oscars without considering how humans evolve, views change, and he had since shown no anti-gay and homophobic behavior.

It would be interesting to see how Ubisoft responds to one of its employees potentially making death threats, promoting hatred toward a beloved personality, and spreading misinformation about the YouTuber.