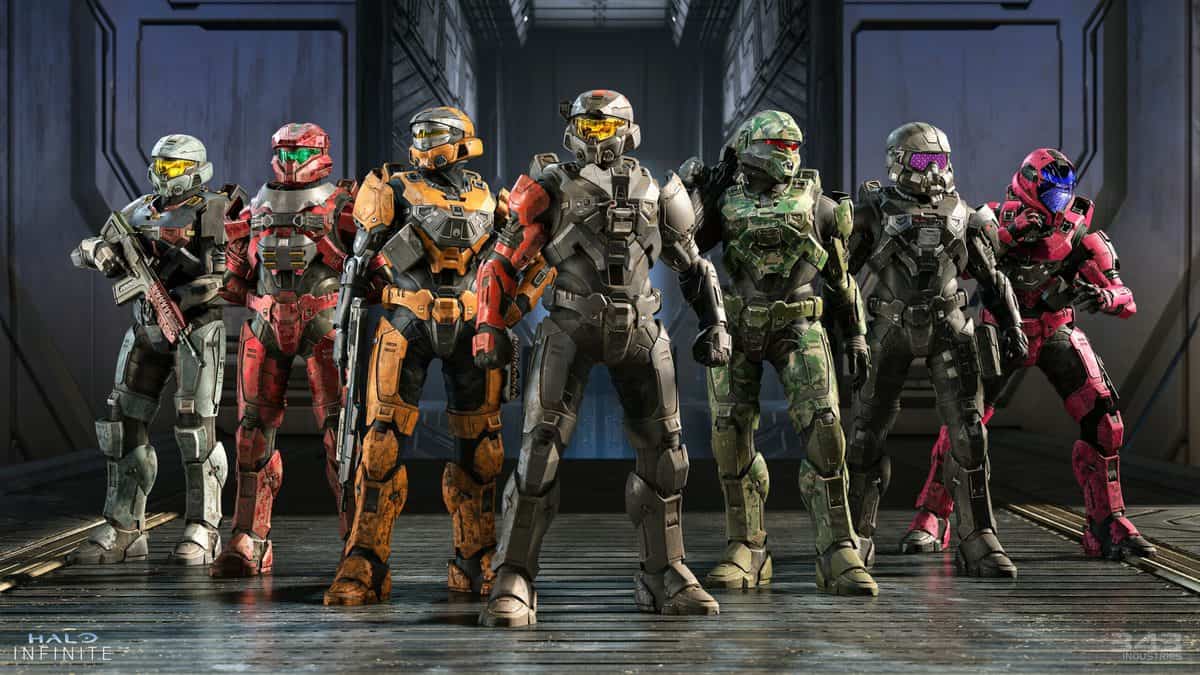 If you’re looking to find out what weapons are the most powerful in Halo Infinite, we’ve got you covered. With this Halo Infinite Multiplayer Best Weapons guide, where we’ll be listing down the eight best weapons in the game.

Halo Infinite MP has an impressive catalog of weapons for players to choose from. Each weapon in the game comes with its own pros and cons and has unique stats, firing modes, and recoil patterns, etc., that you need to learn.

All of the guns in Halo Infinite MP are reasonably well-balanced, but there are certain weapons that shine way above the rest.

To help you out with picking out these OP weapons, below we’ve listed down the eight best weapons in Halo Infinite multiplayer.

Our first entry on this list is the CQS48 Bulldog. This is a very powerful shotgun that can obliterate enemies if they’re at close range. For Halo veterans, the CQS48 Bulldog will feel very similar to the M90 Shotgun.

This shotgun only takes 2 body/headshots to kill, but that’s not the impressive part. Aside from the sheer firepower, what makes this shotgun so powerful is its impressive fire rate.

This allows for some room for error, as even if you miss the first shot, you’ll be able to quickly fire off one or two more shots at the target before they can react.

Obviously, since it is a shotgun, this gun will be useless at long-range, but that’s not what you’ll be using it for. When you know, you’ll be getting up close and personal with your opponents, pull out the CQS48 Bulldog and mow them all down.

Despite being the gun that you start with, the MA40 Assault Rifle is still one of the best weapons in the game.

Instead, this gun performs well in practically every situation. It doesn’t matter if you’re at close, medium, or long-range. You’ll still be accurate and able to deal great damage to the target.

It isn’t as flashy or exciting as some of the other weapons in this list, but if you want consistency and practically, the MA40 AR is the weapon for you.

The Needler is, without a doubt, one of the most fun guns to use in the game. It fires crystalline shards that track and impale the target, then detonate while inside them.

The honing ability of the bullets from this weapon is extremely OP. Unlike other weapons, you don’t need to be very accurate and precise with the Needler.

All you need to do is shoot towards the target, and the bullets themselves will do the rest for you. This makes this weapon the perfect counter to opponents that have crazy movement, making them hard to track.

One thing to note is that the shards don’t explode immediately. This means that after shooting the enemy, you have to go into hiding for a second or two due to the fact that you won’t instantly kill them.

But once you master how to use the Needler, you’ll become a force to be reckoned with on the battlefield.

The Heatwave is an extremely versatile weapon due to its two different firing modes. It’s a burst weapon that fires multiple bullets at the same time, but you can fire them either in a vertical line or horizontal line.

Another unique mechanic of the gun is that its bullets actually bounce off walls. This means that once you master the gun, you can bounce your bullets off walls to hit targets that aren’t even in your line of sight.

The BR75 is the absolute master of mid-range gunplay. This three-round burst rifle has been specifically designed to perform exceptionally well in the mid-range. The burst fires of the BR75 are very fast, and the gun is incredibly accurate and powerful.

But to start actually destroying your enemies with this gun, you need to learn all the ins and outs of the maps. This will allow you to position yourself properly where you’re always fighting enemies at the mid-range. Once you do that, you’ll become a monster with the BR75.

The MK50 Sidekick is such an insanely powerful pistol that it’ll make you contemplate why you’ve even been using ARs and shotguns all this time.

This gun performs incredibly well in both close and midrange. Not only does this pistol have crazy damage, but it also has practically zero recoil, making it extremely precise. It also shoots very fast, out-gunning the Semi ARs in the game.

Even though it’s just a pistol and may not seem like much on the surface, make sure to try the MK50 Sidekick out for yourself before you make any judgment. It might end up becoming your favorite gun.

The Pulse Carbine is a burst-firing plasma shotgun that’s effective in close to medium ranges. Similar to the Needler, the bullets from this gun track the opponent.

The fire rate of this weapon is extremely fast, considering it fires in bursts and it deals loads of damage. And due to the tracking ability of the bullets, it allows you to use it with a run-and-gun playstyle.

If you master the art of running and gunning with the Pulse Carbine, your enemies won’t even know what’s hitting them. The weapon takes 8 shots to kill and fires 5 shots per burst. This means you only need to burst twice to kill a target.

But just like the Needler, you’ll need to go into cover after firing your bullets. This is because the bullets from this gun travel relatively slowly, so if you’re firing from medium range, you’ll be at risk of getting killed while your bullets are traveling.

The VK75 Commando is arguably the best weapon in Halo Infinite at the moment. This fully automatic AR comes with a 2x scope making it powerful at all ranges.

Even though its fire rate is not as impressive as some of the other ARs, it deals crazy damage and is very accurate, which makes it much more powerful than these others ARs.

You will experience some recoil while using the VK75, but you’ll get used to the recoil pattern very quickly. And once you fully get the hang of this gun, you’ll quickly realize how powerful it really is.