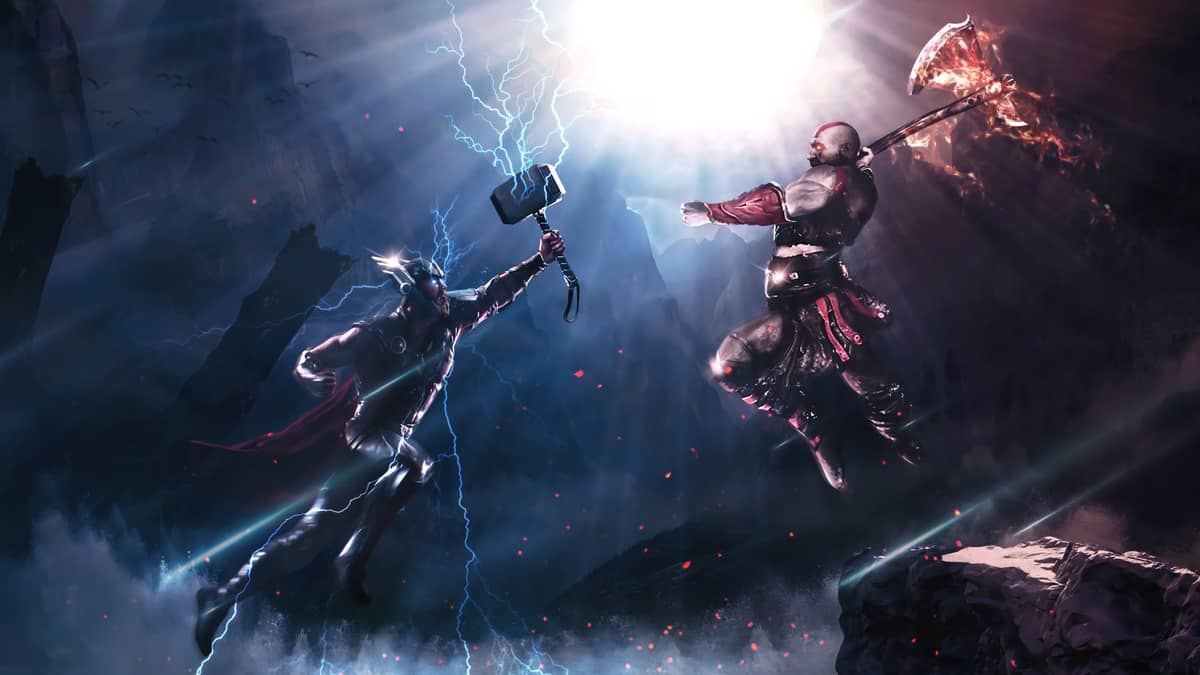 The recently released God of War dynamic theme contains a hidden message which is pointing towards the sequel, God of War 5, according to eagle-eyed fans. Sony Santa Monica Studio is celebrating God of War’s one-year anniversary this week. This free theme is one of the items the studio is giving away to PlayStation 4 users.

Fans of the game who have looked more closely at the theme think that it’s hiding an easter egg or a hidden message. Moreover, that hidden message could be teasing what’s to come for our God of War Kratos and his son Atreus in the next God of War.

As you can see in the image below, Kratos and Boy (Atreus) can be seen rowing a boat on the Lake of Nine. If you look closely at the center of the boat, a series of Nordic Runes can be seen written. Translating these runes into rough English reveals the hidden message that reads: “Ragnarok is coming.” 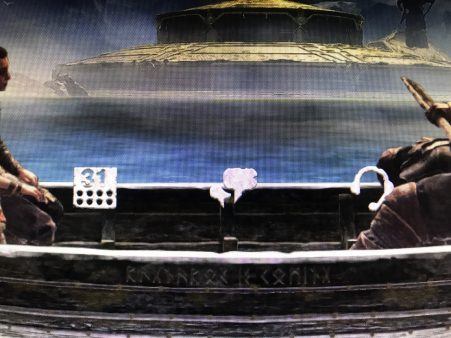 In case you don’t know, Ragnarok is an apocalypse in Norse mythology with multiple Gods dying. You’ll know its importance if you have seen Thor: Ragnarok.

If you have completed God of War, you can guess that it’s where Kratos is heading next. It’s also hinted multiple times in the game itself. If you triggered that extra ending scene after the game is finished, it shows Kratos and Atreus come home after which there’s a dream sequence showing Thor at their doorstep.

It’s rumored from some time that a sequel is already in works. The game itself reveals that there’s a lot more to be added to the story. God of War 5, safe to say, will focus on Ragnarok, the end of times for nine realms.

Many are expecting Cory Barlog to reveal something interesting (a teaser for next game) this week as a part of the God of War celebration event. That’s because Barlog said that something is coming besides the now available dynamic theme and some free God of War avatars. Fans were hoping to get a God of War DLC but Barlog has confirmed to everyone that there’s not going to be any DLC announcement.

In that case, we can do nothing but wait for the official announcement/reveal of God of War 5 aka God of War Ragnarok. However, it’s very unlikely that we will get to hear about God of War sequel before the proper reveal of PlayStation 5 (PS5) which is expected to release in 2020 at the earliest.