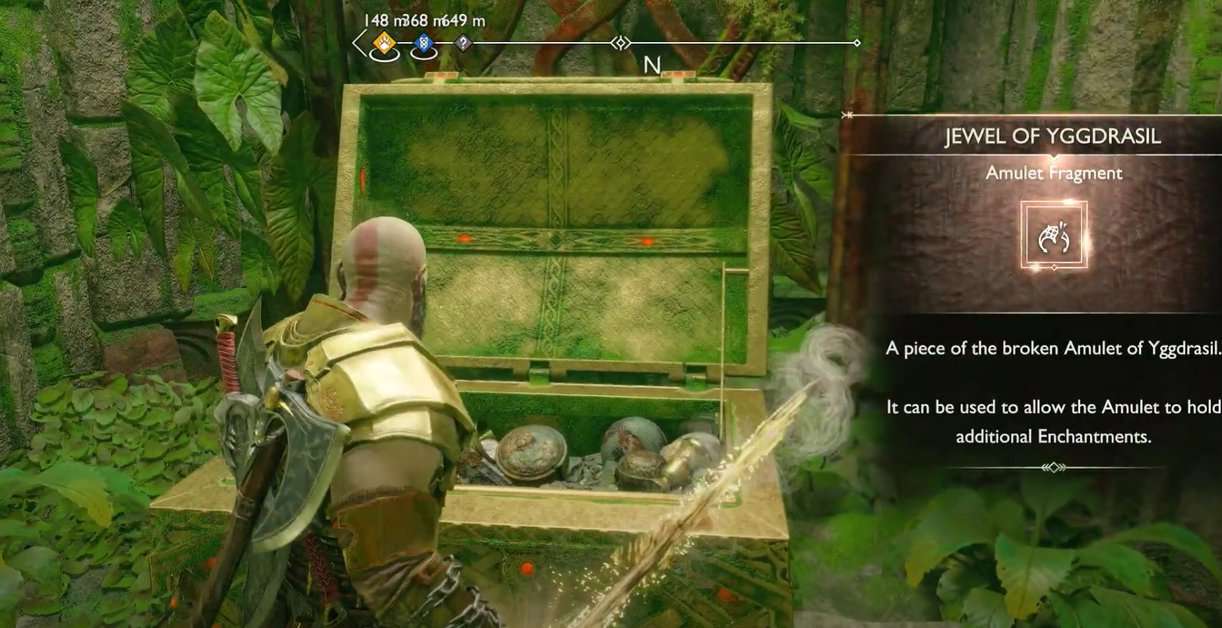 Jewels of Yggdrasil are required to repair the seven slots of the amulet that you get during The Reckoning mission of God of War Ragnarok.

Once the amulet is fully repaired, you will also get the How it’s Going trophy.

You will get this Jewel of Yggdrasil as a reward for completing The Word of Fate main mission in GoW Ragnarok. During this quest, the Frost Phantom will drop it; even if you don’t collect it, you can find it from the chest at Sindri’s house.

Acquired as a reward for defeating the ogre during Forging Destiny main mission.

Open the legendary chest at Alberich Island in Svartalfheim to get the 3rd jewel of Yggdrasil in Ragnarok.

For the fourth jewel of Yggdrasil, you need to head to Alfheim and open the legendary chest that is on the upper floor of the Elven Sanctum in The Forbidden Sands.

This Jewel of Yggdrasil is in the Midgard – The Oarsmen. There you will interact with huge chains to move forward. While moving forward, you will see a stair on the right side.

Head downstairs and turn right to find the Legendary Chest with the Jewel.

This one is again inside a Legendary Chest in Vanaheim – Noatun’s Garden. But entering the closed area is a little tricky.

You can throw your axe through the window to break the chain holding the counterweight to enter it. Once the counterweight is down, you can enter the area and collect Jewel of Yggdrasil from the Legendary Chest.

Open the legendary chest after completing Return of the River, in The Jungle area of Vanaheim, near a dragon cave to acquire the last jewel.