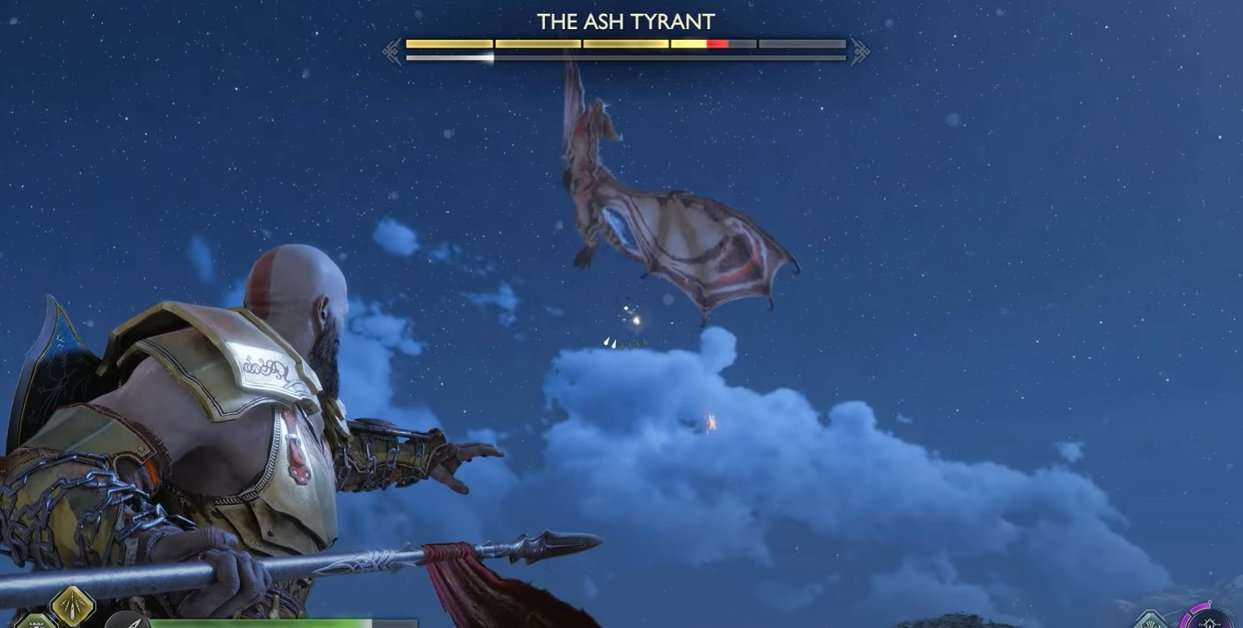 The main realm Kratos roams in, in God of War Ragnarok are the lush forests of Vanaheim, which also seems to house fire-breathing dragons. These dragons pose a threat to Kratos and his companions, naturally prompting a mighty battle to defeat the fiery creatures. This guide will discuss how the favor The Burning Skies is activated in God of War Ragnarok and how you can complete it.

How to start The Burning Skies

The Burning Skies side quest in God of War Ragnarok is automatically activated once Kratos and his companions reach the sinkholes of Vanaheim. Here, Kratos will be imbalanced due to a great tremor, upon which Freya will comment saying, “In all my years in Vanaheim, there was never a natural tremor like that.”

This will start the favor, the Quaking Hollow, which involves finding the Dragon’s Lair, leading up to the activation of the Burning Skies.

Once this favor has been activated, you’ll notice a cave ahead of you. Move through it and you’ll come across an area that requires you to use your spear to create an explosion, to clear a path forward.

Moving forward, you’ll eventually run into the Dragon’s Nest. Not only will you encounter the Dragon here, but you’ll come across several Draugr here as well. It is preferable to clear them out first, before dealing with the dragon itself.

You’ll notice that the dragon will be sitting atop a pillar, that you can destroy using your spear. Repeat the same process with the other pillar as well, and the quest will be completed, automatically initiating the Burning Skies Favor.

Finding the dragon’s lair is straightforward. Once you’ve cleared out the area, you’ll notice a big axel that’ll be blocking the path of the river. Use the chain near it to open it and go back to your boat. Use the boat and follow the river path until you see a small blue flag. Dock your boat here and continue forward on foot

Here, you’ll encounter the second axle, that will be blocking the river path. Use the chain beside it which will pull it up and continue your journey forward on your boat. Again, follow the river path until you come across a beachy spot where you can dock your boat.

Travel forward, until you come across a gate that’ll lead you to a narrow space with a few Draugr and the Dragon itself trying to attack you.

Here you’ll have to make use of your Draupnir Spear, which will allow you to break the walls, both allowing you to move forward and seek cover. Once you’ve crossed this area, you’ll finally come face to face with the fire-breathing Ash Tyrant.

How to defeat Ash Tyrant

The Ash Tyrant is a fire-breathing dragon, that mainly uses fire attacks, alongside a few occasional close-range attacks. The dragon’s biggest weakness is that before using its fire abilities, it’ll expose a weak spot on its neck.

The exposure of this weak spot can be exploited by Kratos to deal heavy damage quickly draining a significant portion of the dragon’s health.

Similar to the last area, there will be pillars in this area upon which the dragon will sit on as well. Destroy these pillars the same way, using your Draupnir Spear, forcing the dragon to land on the ground.

Once it is on the ground, several Draugrs and Wyverns will be summoned, so during this part of the battle it is important to keep an eye on your surroundings, and deal with the enemies accordingly.

Once the Ash Tyrant’s health has been totally drained, a QTE will be prompted which will initiate a brutal finisher, killing the dragon. Make sure to loot the items dropped by Ash Tyrant as these materials are required for the crafting and upgrading of Dragon Scaled armor.