How To Get Dragon Scaled Armor In God Of War Ragnarok 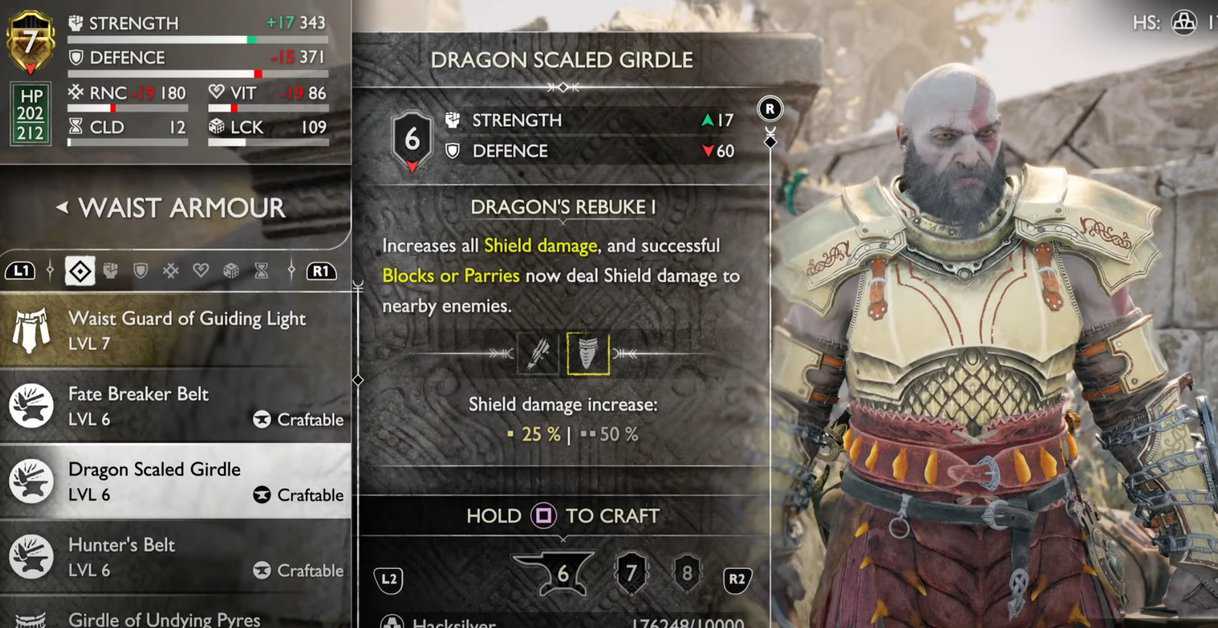 The dragon scaled armor isn’t found as a loot drop but instead needs to be crafted using parts from the various dragons and drekis you slay over the course of the game.

To get started with crafting the dragon armor in GoW Ragnarok, first, you have to complete the 8th main mission, Creatures of Prophecy. By doing so, you will unlock Scent of Survival favor which will in turn unlock The Crater.

Thankfully, all the dragons and drakes you have to hunt down are within the Vanaheim realm so you don’t have to travel much. All you need is access to The Crater area where there are 9 different dragon hunts for you to take part in. These dragon hunts also count towards 100% completion of Vanaheim so they are worth doing for the trophy if you don’t care about the armor.

Since the armor is called Dragon Scaled armor, the obvious parts you need to craft are drops from the dragons you hunt down and kill, alongside a hefty amount of Hacksilver.

The three parts of the Dragon Scaled armor set in GoW Ragnarok require a total of 22 Dragon Tooth and one Dragon Claw to craft and then even more if you want to upgrade them to level 9 to improve their bonuses and unlock transmog, so prepare to grind a lot.

Provides Kratos with Dragon’s Fury buff which increases Strength and Defense whenever you block or parry an attack. The effects stack and are reset if you get hit in combat.

Gives Dragon’s Rebuke buff that increases all damage done with shield attacks as well as doing damage to enemies whenever you block or parry an attack.

Just like the Girdle, this also gives Dragon’s Rebuke buff.