God Of War Ragnarok: How To Unlock All Weapon Attachments 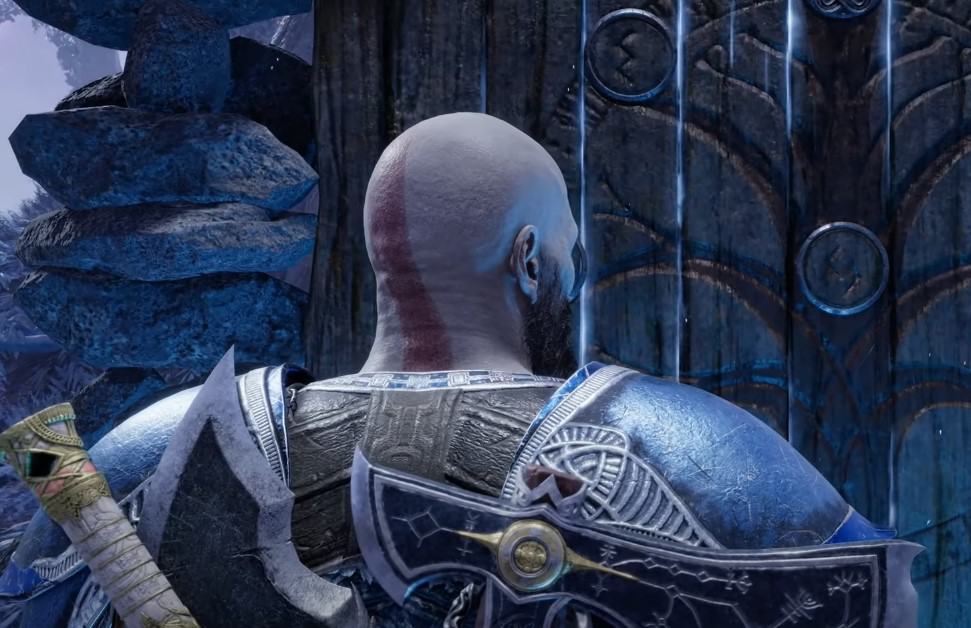 In God of War Ragnarok, weapon attachments can significantly boost your weapon stats and eventually raise your odds of survival, exactly what you need.

Weapon Attachments, apart from the various buffs, also offer unique bonuses and skills. This adds a whole lot to the weapon attachments.

So, to absolutely nail your opponents you’ll want the right attachment that complements your playstyle as well.

Here we’ll go over all the weapon attachments available in God of War Ragnarok so you have a better idea of which one to pick.

This section will go over the attachments for Leviathan Axe. Generally, knobs and grips are attached to the axe to enhance it.

The Wooden Knob is a standard attachment that offers minor tweaks. It is rather useless and is more of a starting attachment for the Leviathan Axe.

The Furious Maul can be unlocked by completing the main quest Surviving Fimbulwinter. It is solid early on and can prove extremely beneficial.

It enhances your base strength while also increasing your Strength even further on each kill.

The Fortified Frost Knob is unlocked during the mission Quest for Tyr and can be found as a loot item in one of the Legendary Chests in the room where you face off against The Hateful.

On an axe charge, this attachment provides the benefit of increased defense and stagger resistance. They’re not the best perks, but they’re decent enough.

The Haur’s Lucky Knob is a craftable attachment that is available at the start of The Reckoning. You can craft it at the Huldra Brothers blacksmith shop.

Whenever you throw your axe at an opponent, this can provide an additional Stun Blast based on luck. Therefore, this works well only if you have high Luck.

The Stonecutter’s Knob can be crafted at the blacksmith after you have completed The Reckoning.

This attachment adds a concussive wave at the end of your attack combo and can be helpful to escape cheesy situations.

The Banahogg Knob can be found close to the Mystical Gateway in the realm of Jarnsmida Pitmines.

In order to unlock the Runic Hailstone Knob, you need to dump 2x Crystalline Shards in the Cleansing Pool at Vanaheim. Doing so will unlock the items required to craft the attachment.

The attachment comes with the buff of Prey Upon Frost.It basically helps you gain Blessing of Runic when targeting the frosted enemies.

However, it is worth noting that this perk is Luck-based so you’ll be needing lots of luck to gain the perks.

Grip of the Nine Realms

The Grip of the Nine Realms can be found at the Berserker Gravestone in the Forbidden Sands.  This attachment unlocks the Momentous Shift ability.

If your Permafrost meter is full, you can use Glacial Permafrost, which also triggers a Realm shift.

The Grip of Weighted Recovery is yet another craftable attachment that can be obtained after The Reckoning at the blacksmith.

This attachment can help you gain the Blessing of Cooldown after successfully stunning an enemy. If you’re confident in your ability to perform stuns, go for this attachment.

Grip of the Fallen Alchemist

The Grip of Fallen Alchemist can be found as a loot item in a Legendary Chest at Vanaheim. However, in order to access it, you first need to complete the mission, The Reckoning

Landing multiple consecutive hits with Serpent’s Snare triggers the bonus of Grip of the Fallen Alchemist, providing with a Bonus Health Burst.

This is also a Luck-based perk, so go for this attachment only if you have enough Luck.

In order to unlock the Grip of Healing Harmony you’ll have to complete the Hel-Tear quest in Helheim.

When your Permafrost meter is full, this attachment restores health on all axe hits. However, it also increases the incoming damage.

To obtain the Grip of Radiant Reflection, you must first complete the mission, Unlocking the Mask.

This is the best attachment that GoW Ragnarok has to offer. Consecutive ranged attacks increase Permafrost stacks on your other attacks with Grip of Radiant Reflection.

The Steel Handles is the built-in attachment for the Blades of Chaos and doesn’t need to be unlocked. It simply provides and stats boost and that’s all.

The Deadly Obsidian Handles can be found in the realm of Svartalfheim. To be precise, it’s available in one of the Legendary Chests in the Aurvangar Wetlands during The Quest for Tyr.

On each kill, the Deadly Obsidian Handles grant a Rage Burst based on Luck. This is no doubt a decent perk but is not fit for the long run.

You can unlock the Cursed Empress Handles in The Quest for Tyr after defeating The Hateful. This attachment provides you with Luck-based perks.

It grants Strength and Runic damage on each attack with Blades. Since it’s easy to hit opponents with blades, therefore, this attachment can prove quite useful.

Pommels of the Undying Spark

The Pommels of the Undying Spark is found in Svartalfheim. It can be unlocked during the Quest for Tyr. To be precise, it’s hidden away in Jarnsmida Pitmines inside a Legendary Chest.

Damage done over time by Burn from your Chaos Blades is increased if you equip it with Pommels of the Undying Spark.

The Radiant Warden Handles is available at the Huldra Brothersas a reward for the mission The Quest for Tyr.

This attachment can prove lifesaving because it charges your Flame Whiplash while also blocking incoming projectiles.

The Pommels of Agile Deceit is unlocked during The Reckoning after you return back to Freyr’s Camp as part of the quest. Once it is unlocked you can craft it at the blacksmith.

This attachment can inflict bonus damage for the Spinning Chaos and Evasive Ember abilities. Not only that, but this also inflicts extra Burn.

The Pommels of Brutal Might is unlocked alongside the Pommels of Agile Deceit when you return to the Freyr’s Camp and can be crafted at the blacksmith.

This can provide you with a burst of Strength every time you Stun Grab enemies. Since the probability of stunning enemies is usually low, therefore, this is not a useful perk.

The Hardened War Handles is an attachment that unlocks as you’re done with the quest, The Reckoning. It can be found in the realm of Alfheim.

To pinpoint the exact location, it is available in a Legendary Chest outside the small cave in Forbidden Sands to the south of The Burrows.

This attachment modifies the Hyperion Grapple and Hyperion Pull by increasing the Stun effects and damage output.

The Luminous Recovery Handles become available after the Forging Destiny quest. It’s found inside a Legendary Chest in Nidavellir southeast of the Mystic Gateway.

This attachment will let you receive Blessing of Cooldown on hitting enemies with Flame Whiplash, obviously based on Luck.

Pommels of the Nine Realms

The Pommels of the Nine Realms is a reward for taking down the Berserker Gravestone in Pilgrim’s Landing, Vanaheim. This can be used to trigger Realm Shift.

In order to unlock the items required to craft Pommels of Burning Unity, you’re required to dump off 6x Crystalline Shards in the Cleansing Pool at Vanaheim.

This will significantly increase the Burn status inflicted on enemies. Not only that, but it also increases the Immolation charge you obtain from striking burnt enemies.

The Draupnir Spear has room for Sauroters and Hinds when it comes to the attachments. Read on to find out about these attachments.

This is the default Draupnir Spear attachment, and it not only increases your overall stats but also your Luck rating. Therefore, it’s better than the usual default attachments.

The Charging Assault Sauroter is a craftable attachment that becomes available after the completion of the Forging Destiny. It is available in Sindri’s House.

This can grant the Unstoppable Aura on the use of Hoplite Lunge and Phalanx Breaker skills based on Luck. On the other hand, it also provides additional Stun.

This attachment is also unlocked alongside the Charging Assault Sauroter and is available at the Sindri’s House.

The Lion’s Roar Sauroter is only available after the completion of the Reunion quest. This attachment is found in one of the Legendary Chests in Midgard.

The chest containing the Lion’s Roar Sauroter is found behind the ice block near Tyr’s Temple. When it comes to the perks, it increases the Stun damage of the Gale Force skill.

The Hind of Weightless Recovery is available after the end of the Creatures of Prophecy quest. Once unlocked, you can craft it in Sindri’s House.

When your Maelstrom skill gauge is full, this attachment can provide Luck-based a Blessing of Cooldown.

The Battle-Scarred Sauroter is unlocked alongside the Hind of Weightless Recovery and can be crafted at the Sindri’s House.

When you Stun Grab enemies, the Battle-Scarred Sauroter will provide you with a Rage Burst. It’s a decent perk but depends on your ability to stun.

In order to unlock the items required to craft the Hind of Volatile Might, you need to dispose of 5x Crystalline Shards in the Cleansing Pool at Vanaheim.

This can help to increase the Elemental Siphon spear’s damage at the expense of the loss of their Elemental charges therefore, not the best of the perks.

The Warrior’s Echo Sauroter becomes available after the completion of the quest, Unlocking the Mask. It can be crafted at the Sindri’s house.

When you inflict damage on Sonic-afflicted enemies, this attachment grants Maelstrom charge and bonus damage.

Hind of the Nine Realms